if you need a little spice in your life...

you should definitely check out ghettoManga Animated Movie of the Year, Paprika

) about a psychotherapist-turned sexy dream-diving-superheroine battling against terrorists attempting to use stolen technology to unhinge reality!

Kon is right at home here, directing this adaptation of Yasutaka Tsutsui's 1993 novel that seriously blurs the line between dreams and reality... and the mysterious villains in Paprika intend to do just that. they will certainly succeed too, if the efforts of the films title character fail. This fast-moving, mind-bender revolves around a still-experimental device designed to allow therapists to enter into the dreams of their patients to better diagnose and treat them. Thus, the reserved scientist/therapist Dr. Chibi traverses the dreamscape in the guise of her free-wheeling young superchick alter ego Paprika. 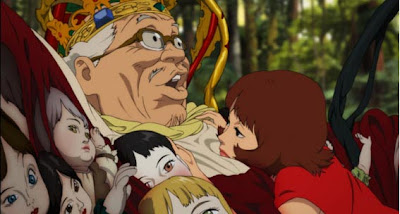 but we wouldn't have much of a movie if the devices were not stolen and abused to bring about a twisted apocalypse of biblical proportions, now would we? Paprika is as imaginative and beautifully animated a film as i have seen in years. On the heels of director Satoshi Kon's foray into television on the inimitable Paranoia Agents, he has again spun a tale with the sublime animation and unnerving storytelling that made him famous. 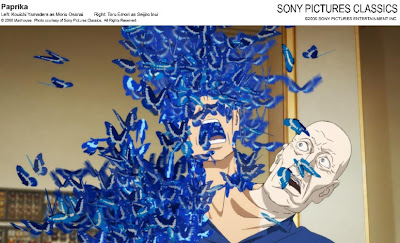 Paprika is currently out on the art-house circuit... if you live in a major city, check your listings! other wise, i'm sure you can cop a bootleg or something. this joint gets my highest recommendation! [update: to cop it legally click here Dave, Relax! this Racism stuff is bothering you too much!

Fresh clip from ghettoManga 2006 comedian of the year...

the west has won it again. all the underdog-cheering was silenced as that "boring" basketball fundamentalist juggernaut from south Texas wins it's 4th NBA crown in 9 seasons. that's right... the San Antonio Spurs beat the cowboy ish outta the heir-apparent-led Cleveland Cavaliers, winning four straight games to eliminate the bad news bears of basketball.

if this was a movie, San Antonio would make the perfect villain. they have the 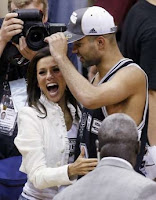 number one defense in the league which leads to low-scoring (i.e. BORING) games, accusations of being dirty players, and a methodical mastery of the game that borders on indifference... plus, their point guard, finals MVP Tony Parker is FRENCH, for God's sake (not to mention he's black, and engaged to uber-hot Desperate Housewives star Eva Longoria)! 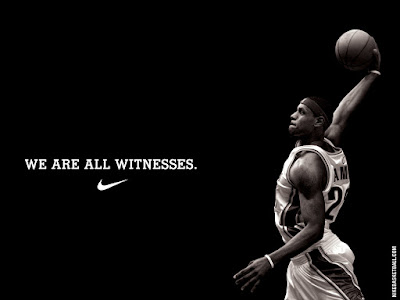 before the start of the series, my coworkers were all pulling for the Cavaliers, lead by hoop Demigod and media-minded manchild Lebron James. After putting the grown man business to the East's best defensive squad (the revered, but Ben Wallace-less Detroit Pistons), Lebron had people believing they were witnessing the writing of the New King James Version of the b-ball bible. after all, the 22 year old superfreak led what was the worst team in league four years ago to the Big Show all by himself. and in a postseason that saw underdogs take out Dallas, Miami, and (ahem) Phoenix, all bets were off! 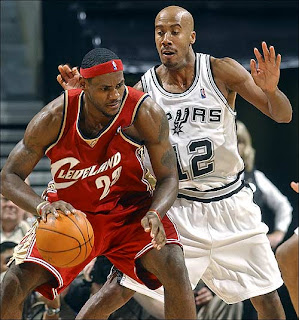 Ultimately, however... there was just too much skill on the San Antonio side of the ball. Defensive specialist Bruce Bowen put the shackles on James (who hit just 36% of his shots... just 33% in the final game) with the help of his teammates timely double- and triple-teams. San Antonio has the best coach in the league, and as a result of keeping their squad intact year after year (despite sports writers insisting they were too old after losing to the Mavs in last years' playoffs), they have the smartest players. each player knows his role, and trusts his teammates and coaching staff, even when they lose leads or make mistakes.

Lebron will get his. his talent is unreal. he seems relatively undamaged by all the fame of leaping from highschool to the pros, and he shows flashes of legendary greatness. i was impressed when the most sought-after player to hit the NBA draft in years spoke up and said he wanted to play for his home-town squad: the much-maligned Cleveland Cavaliers. this season, after falling to the Pistons in last years playoffs, he made his city believe they would get to hold a championship celebration. and i'm sure they will... 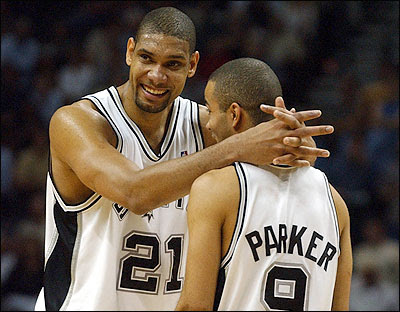 Email ThisBlogThis!Share to TwitterShare to FacebookShare to Pinterest
Read More About: basketball, sports 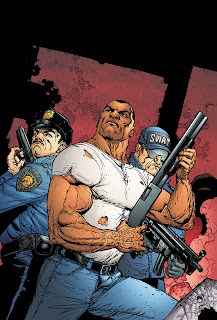 my first exposure to Stormwatch Post Human Division was #3. it was a fabulous comic that hooked me immediately. there was an issue in there that worried me (series artist Manhke took an issue off), but the series' crisp writing by young hotshot Christos Gage (Law and Order SVU)has held things together. this month's issue #7 wraps up the first major arc, where the mostly human cops of the Post Human Division go head up with alien monster squad led by mind-controller/sorceror/Daemonite Lord Defile.
In a wild, whooly, and bloody battle, the PHD pulls off an unbelievable defeat of the

super-powerful Daemonites. Gage does a great job of handling the possibly confusing continuity issues associated with doing a spinoff book, dropping historical details here abd there that reveal the relevant history of the old characters/plotlines without distracting from the story. great for new fans.
and i can't say enough about series artist Doug Mahnke (JLA, Frankenstein, Major Bummer). he strattles the line between goofy 90's superhero schlock and post-vertigo horror. his extreme anatomy and fabulous monster imagery is balanced by good, solid storytelling. that balance in his work is what makes him perfect for this book.
peace.
samax.
www.ghettoManga.com
comics. hiphop. news. art. culture
edited by Samax @ 8:37 PM No comments:

Email ThisBlogThis!Share to TwitterShare to FacebookShare to Pinterest
Read More About: comics, reviews

a Word to the Wise 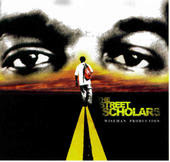 it's thursday... aka HipHop Appreciation Day here at ghettoManga.com
i try to take the time to let people know what i've come across that's worth celebrating. which brings me to a recent mySpace discovery: Long Beach Producer/Emcee Wiseman.

I haven't heard that much of this cat's music, but i will say this: the centerpiece of his 2006 production album THE STREET SCHOLARS has got to be the transcedant single Music Is My Voice which he also rhymes on flawlessly. if this song is any indication of his beat/rhyme skills, we may have an underground superstar on our hands!
do yourself a favor and at LEAST go here and check that joint, and/or slide over to Wiseman's profile and holla at him (like I did).

it doesn't get much better fam!