no other comic book character has had such disparate onscreen treatment as the Batman. the Adam West paunch. Clooney's smirking credit card commercial. Tim Burton's dark visions that lead to my favorite cartoon adaptation ever... whatever the feeling regarding previous incarnations, it seems director Christopher Nolan's Batman Begins recieved more or less universal praise in the super-picky comicbook fanboy community.

in a recent interview, Nolan shed some light on The Dark Knight, the much-anticipated sequal to Batman Begins. "The title has been chose very specifically. It's quite important to the film", Nolan teases when asked about the film , which he crypticly suggests is about how "things have to get worse before they get better..."

all our suspicions are confirmed by Nolan's pick for the villain: the Joker. the question is, what's his inspiration for the much-interpreted killing machine? "I would certainly point to The Killing Joke but I also would point very much to the first two appearances of the Joker in the comic. If you look at where the Joker comes from there's a very clear direction that fits what we're doing very well".
hmm... okay, let's quarterback this thing: in his first appearances, the joker was a mass killer and master thief, who left smiling corpses as his calling card; likewise, Alan Moore's The Killing Joke starred a Joker that drove commissioner gordon insane by shooting Batgirl/barbara gordon through the spine, leaving her in a wheelchair for life... so it looks like the film will feature a Joker we can all agree on.

Email ThisBlogThis!Share to TwitterShare to FacebookShare to Pinterest
Read More About: batman, comics

the Villain is in th Buildin'

what else can i say? there's a new Madvillain record in the pipe. for those who don't know, Madvillain is the firestorm-like amalgamation of indie all-star emcee/beatmakers MF DOOM (Monster Island, MM Food, Vaudeville Villain) and Madlib (Quasimoto The Unseen). anybody who spent any time with me last year knows i became obsessed with DOOM as a result of his collabo with Dangermouse (as the appropriately titled Dangerdoom, on last year's ghettoManga Album of the Year: The Mouse and The Mask, of Gnarls Barkley fame. now's my (and your) chance to catch lightning in the bottle again, cousin!
the new plate, Chrome Children, is available for preorder on the Stonesthrow Records website, or you can cop some tracks on itunes as well. as for me, i'ma wait and cop the album when it drops...

yo, mang!
i'm all over the new track "How It Go" by my man massive (chi-dallas-atl... he moves a lot...) from Slump (and Skwod X too while ya listenin'...). the beat on it reminds me of Vintage Cypress Hill (the first two records are classic '90s playa...).
go to his myspace right quick (if anybody wanna tell me how to load tracks onto this blog, i'm all ears!) and peep it, aight?! 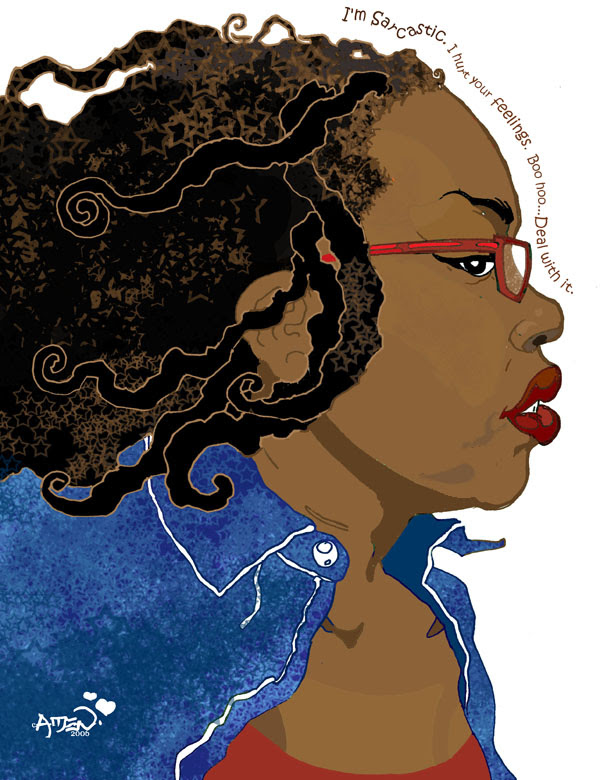 whaddup, fam!?! here's the best one of the avatar/portraits i been workin' on... for this, i drew and inked it by hand, then scanned and colored it in photoshop.

nicole, the model/client loved it. the project was a lotta fun! my life is upside down... the good news is you can expect to see more comics from me and my people (ghostWerks is da SQUAD!!!), and i'm trying to keep busy, busy busy doing art... thanks to lots and lots of drawing and reading comics, i do NOT have an ulser... art is great therapy!

i got a new J-O-B (which is either good news or bad news depending on when you ask), which MAY keep your boy off the street.

my man Corance posted this on mySpace... i figured i'd share it with ya'll (shaking my head in disbelief...)

I don't know how wide spread this is, but:I was walking through Big T [one of the Dallas Swap-meet style boot-leg-o-ramas...]the other day and saw some of the stores were selling bullet proof vests. I guess this is so you can be like Fiddy. However, on closer inspection, I noticed the vest had a warning label: "This garment does not guard against gunfire."

Uh-huh. A fake-ass vest. I'm waiting for someone to be strolling through the hood rockin' a vest with a warning label on it. So if someone rolls up and puts two in your vest, that mess will go right through; all 5 layers of rayon! 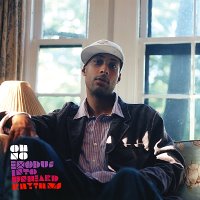 Props to my man BigSteelo for hippin' me to the new Oh No Record. if you didn't already know, Oh No is the li'l brother of underground heavyweight Madlib (you know, Lord Quas..? half of Madvillain..? 1/4 of Lootpack..? turn OFF your radio and go get some HipHop, son!)... anyways, like his big brother, OhNo holds the mic and controls the sounds nicely on his new plate Exodus into Unheard Rhythms which drops next tuesday on indie juggernaut Stone's Throw records.