khalid put me on to this cartoon awhile ago... this video's subtitled, so when i watch it, i usually mute it and play my media player (hipHop... that's what's up!), but do whatYOU want with it... i need to get one of those programs that lets you splice sound and video so i can make my own rap videos with these cartoons... hmmm... o yeah so it's got Cyborgs, Cute li'l Asian chicks, and GUNS, GUNS, GUNS:
check out Mezzo DSA (danger service agency) 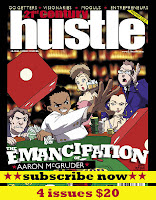 for all you that (like me) believe you got more to offer the world than wage-slave obedience, check out 21st Century Hustle, the magazine that's all about getting your proverbial grind on! miami-bedstuy transplant Ali Muhammad has created a magazine that breaks it down, shining light on the people,tactics,and product that's making the world revolve...
check it out!!
peace.
samax

Quote of the Day

"While Ya'll were askin' permission, i just stepped up and took it!"
-the mighty Mos Def
edited by Samax @ 1:55 PM No comments:

yeah...
far as i'm concerned, cartoons are better than music videos... this cat made a video for the Nas/Jay-z collabo Black Republican.
hot!

w.i.p (work in progress): promo piece for Biters by me, samax Amen 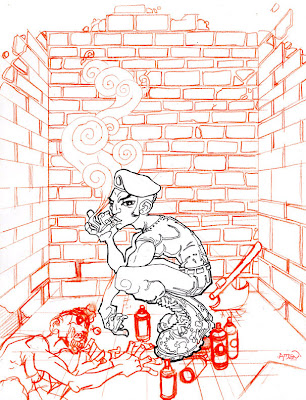 i let the cat outta the bag on my interview on www.Fanboy.tv,
me and Jamar Nicholas (Detective Boogaloo) are doing a zombie/grafitti/post-hiphopalyptic epic called BITERS. as i said on the show, that's in the Embryonic stages... we're still designing the characters for the story, which revolves around a crew of Graf Writers bent on executing the ultimate Bombing (as in "massive unauthorized muralization") of a prominent monument, amidst the emminent danger presented by the city's brutal and barbaric Anti-Vandalism Task Force, rival crews (who wanna tag the monument before they do!), and, of course, a city full of ZOMBIES!!!


it's Thursday a.k.a. hip hop appreciation day at ghettoManga. somebody told me they weren't able to download the music i was posting on This Weeks Cut... until i figure out what the pro'lem is, i'll just drop these YouTube joints. this week, it's Ahmad of 4th Avenue Jones and Chicago freestyle juggernaut JUICE.

if you are able to download the Cut (on the toolbar on the right), lemme know, so i can see what's up. anyways, support real hipHop... 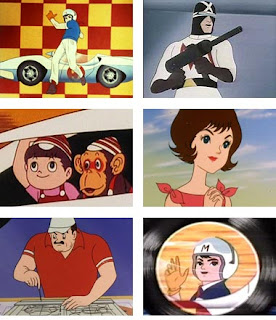 in case you didn't know, the Wachowski brothers (The Matrix) are directing a live action Speed Racer movie, adapting one of the most popular and well-loved anime of all time. it will star relative newcomer Emile Hirsch in the title role, and his girlfriend will be played by weirdly hot Christina Ricci (Addams Family, Monster, Black Snake Moan). the cast will also include John Goodman (Roseanne, The Big Labowski) and Susan Sarandon (Thelma and Louise) as his parents, and rumor has it Vince Vaughn (Wedding Crashers, Be Cool, The Breakup) will play Speed's mysterious masked big brother Racer X.
i'm so crunk to hear about this, i think i'll drop that Ghostface "Daytona" joint:

"MurderRap" by samax
so i FINALLY finished my piece for The Book of Angels and Nightmares coming out from ArtLoveMagic this spring... i would think the meaning was fairly obvious, so i won't dwell. if you wanna hear my rambling about it (or anything else, for that matter). you know where to find me...
holla!
samax.
www.ghettoManga.com
edited by Samax @ 10:14 AM No comments:

wanna get away with Murder? 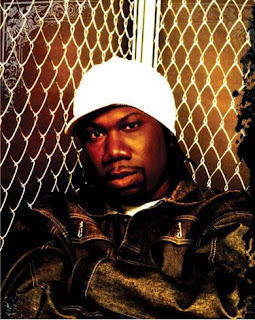 my man PORTAL hipped me to this new KRS joint called "You Wanna Get Away With Murder? Kill A Rapper" about how cops never solve murders of hip hop artists... oh, by the way: IT'S JAMMIN'!!!

that's all. go listen to it HERE.

Email ThisBlogThis!Share to TwitterShare to FacebookShare to Pinterest
Read More About: free tracks, hiphop, KRS ONE

last winter was hectic. i had so many blogs to write that i never got around to... for example, i was way too busy last december to drop my 2006 ghettoManga awards... but if i had, i would'a told ya'll that 2006's Emcee of the Year was Bavu Blakes. easily one of the most prolific rappers i've ever seen, the talented Mr. Blakes is at it again: he's just dropped The Woodgrain Collection with mixtape mechanic Rapid Ric, he's droppin' Concrete Rose Gold with deejay Whiz T, and he's still threatening to kill us with his long-awaited studio record Too Selfish this summer. when combined with his standout tracks on Hydroponic Sound System's Mixtape Mentality, his own Spring 2006 Collector's Edition compilation, and a million other mixtape projects, 'Vu nudged out deepspace 5's Playdough for Emcee of the Year.

so, better late than never, right? in honor of Bavu's award-winning year, i'll share some vintage Blakes material! This Weeks Cut is "It Don't Stop" by Up^South, the not-long-enough-lived combination of lyricist Bavu Blakes and beat maestro Pat Murphy.
over "Pea Dee's" (that was before puff started goin' by p. diddy, by the way...) string-laden beat, Bavu asks "why would it stop, when it's incessant everlastin'/stead fast in/side rhythm. i'm not a Jamaican, but i can/make a jam/with style you'd rather listen to like damn"... yeah, really. i copped this cut off the maxi-single "Product" i bought at waterloo records in austin circa 1999. to say that Product was inspirational to me would be an understatement, but that's a whole 'nother blog. suffice it to say, this joint is classic material. 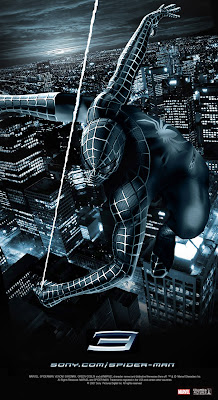 are they EVER gonna drop that Pharoahe Monch album? the word right now is may 1st for Desire, the long-awaited follow up to his solo debut plate, Internal Affairs(released on the sadly departed Rawkus Records)... the oft-imitated veteran writer/rapper/producer known for his rapid-fire flow and mind-bending punch lines has been all over the place, biding his time and worming out of his record deal with geffen records.
fresh off his ghost-writing collabo with (ugh) P. Diddy, Monch says he is ready to roll, having already salted the market with the blazing hot single, Push. so, the release of Desire is less than a month away...
nope. i still can't wait, so here's a video for "Let's Go" :