I'm not the only one geeking about the Adult Swim (aka Cartoon Network After Dark) launch of the animated adventures of former CIA agent and full time righteous brotha Black Dynamite, but I'm happy to take my place in the chorus of voices. Here's a Black Dynamite promo video I copped from the Adult Swim Website...

Getting good Feedback about our Luke Cage Tribute Issue! 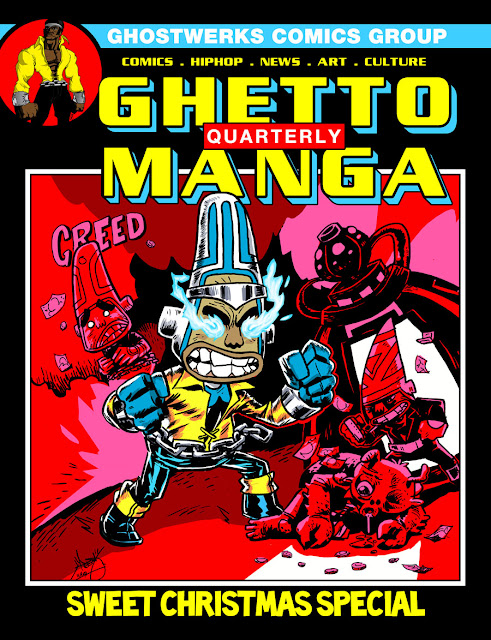 Under cover of darkness, I sent out copies of that Luke Cage Tibute issue (lovingly referred to as the "Sweet Christmas Special" even though it's obviously NOT christmastime) to my subscribers, preorderers and other assorted deserving peeps last Wednesday, and the first reverberations started hitting my various inboxes this weekend...

Start the day off Right w/Ryu Black aka Mecca Godzilla 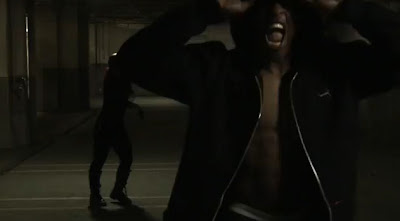 That dude Mecca Godzilla decided to celebrate the 20th Anniversary of Street Fighter II the way any sane rapper should: by making a new Hip Hop opera album Perfect Heaven (天): The Ryu Black Musical, and this is the first video from the record. 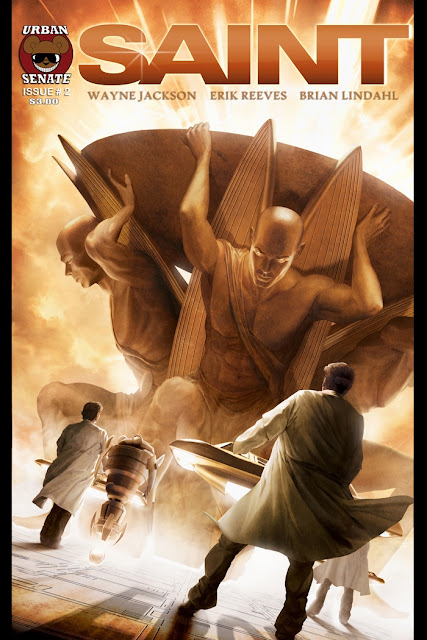 I've run into Wayne Jackson of Austin-based micropublisher Urban Senate at conventions several times and found him to be a cool guy, so I was pleased to see that he had tapped my dude Erik Reeves to draw the interiors for his book Saint, which is now up on IndyPlanet. Erik emailed me these preview pages last night, so I figured you'd wanna see them asap! Yeah, you know I'm dying to get my hands on that Starborn trade paperback! I read the first few issues and really dug 'em so this is definitely on the BegBorrowSteal list... 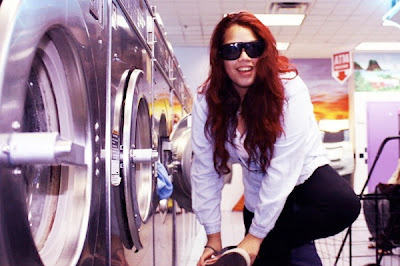 I wasn't familiar with this chick Physical Graffiti until my dude DJ Priority dropped this joint Hamlet Complex from her debut album Thought Kryminal on Twitter. PLEASE peep that isht below... 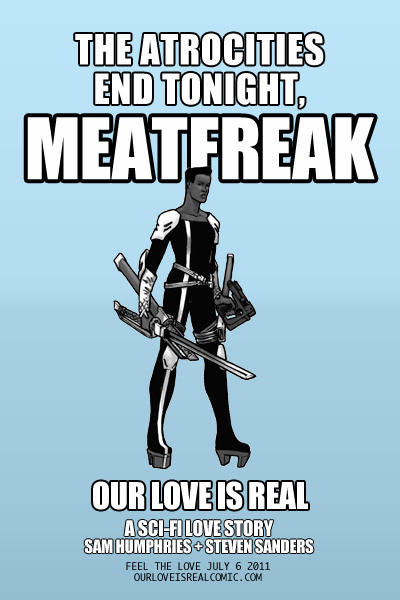 I saw a preview poster for writer Sam Humphries (CBGB

) new self-published comic Our Love is Real and I have to admit, I'm curious where they're going with it! I gaffled a 6 page preview and  posted it with some of my patented blah blah below... 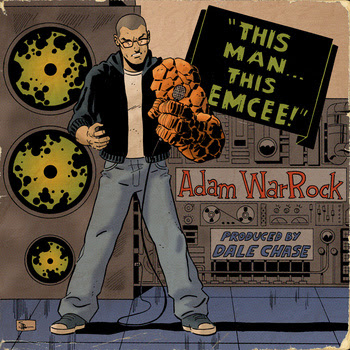 If you find yourself in the mood for some light-hearted nerdcore rap shit, feast your ears on this dude Adam WarRock...

continue reading »
edited by Samax @ 9:36 AM No comments: 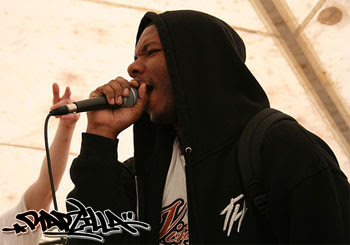 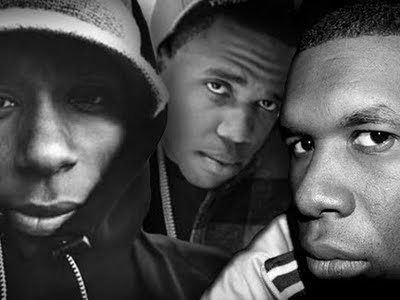 This song The Day by Curren$y (featuring Jay Electronica and the mighty Mos Def) isn't new, but it is extremely dope.  I never heard it before, but my dude Khalid posted it on Facebook yesterday, and I thought it would be a good song for the early risers...

I'm sure this is coming down soon, so enjoy it while you can... 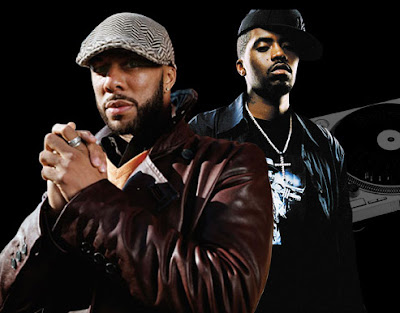 I have never been a huge fan of Chicago emcee Common, but I have always given him his props for growing up in hip hop. Starting out as a pretty typical rap dude rapping about typical rap things, Common evolved right before our eyes into a conscious musician with an ear for spiritual, lyrical and musical experimentation. So much so, that he became almost synonymous with conscious rap, and the hinge between the serious lyricists in hip hop and the newly resurgent spoken word poetry movement. I mean, the President actually invited him to perform at a poetry jam at the White House. That is my mental context for listening to Ghetto Dreams, the collabo song Common dropped with Nas last week.  As my longtime readers know, I love it when Nas gets into his deep pro-black, celebratory/revolutionary vibe (as he did on say, One Mic or Black Republican), and that's what I would expect him to do beside Common over a track by No ID. Well, that's not exactly what happened... 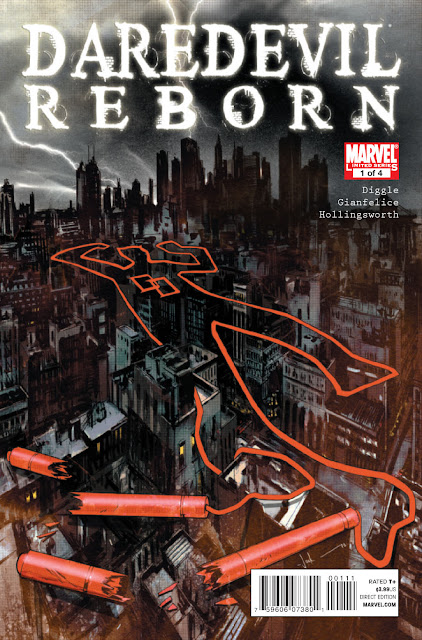 I posted these pages to the first issue of  the Daredevil: Reborn

miniseries when  it came out a while back, but figured it was time to bring 'em back since they collected the series in hardcover...