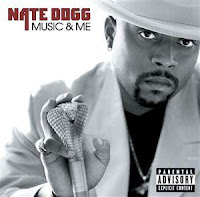 from yahoo news
Nate Dogg pleaded not guilty Thursday to charges of stalking and threatening his estranged wife, and a court commissioner doubled his bail. Nate Dogg appeared in a Compton courtroom in a wheelchair Wednesday morning. His attorney says he remains in treatment after suffering a stroke and requested that Nate remain free so he can continue rehabilitation. Prosecutors, however, say the incidents that resulted in his arrest last month occurred after his stroke and they think he still poses a threat... (more)
edited by Samax @ 10:10 PM

when it rains, it pours. hold your head Nate. Regulators!!!

stalking?
that's not how a real pimp does it, nate...