#nowPlaying THE COMEBACK STORY EP by DJ Brimlo + Bavu Blakes (trust me, it's a big deal) 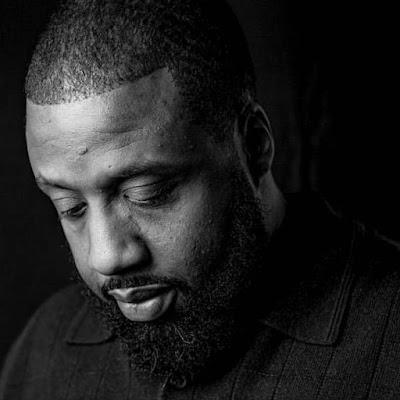 Bavu Blakes is one of my favorite emcees of all time.  There I said it.  He's been incognito for a minute, but just dropped a new EP with Mississippi to Austin transplant DJ Brimlo which I just dropped a Lincoln on before listening to it... because I want Bavu to release more new music.  You can stream it for free below though...

When DJ brimLo and Bavu Blakes are in the studio together Hip-Hop excellence has been assembled, two turntables and a microphone. DJ brimLo trades his microphone for the role of the maestro on this project while Bavu provides us the narrative of “The Comeback Story.” A good story starts with catastrophic tragedy, and that is the tone of “Tick Tock.” The fall is scored in the ballad of “Dead to Us.” The vocal stylings of CJ Edwards solidify the emotional foundation. As we arrive on our title track, “Comeback” the dynamic duo really flex their muscles. Our wordsmith is in full stride as we all know “everybody loves a comeback,” he petitions to us on the Hip-Hop anthem. Staying true a good narrative, the feeling of overcoming is followed by a lament for a time before the self-destruction. Reggie Coby sets the tone of “Yesterday” with a properly penned hook and a swift sixteen. In a true call and response fashion, TempestB closes the tune with the complimenting counter-chorus. As a victory lap we get a repeat of the “BIG Bright Future” three piece ensemble of Bavu Blakes, DJ brimLo and Eric Levels on the closing song, “Get Love.” Carefully broken into five significant segments, this EP effectively takes listeners through the emotional trek of a return to one’s better self.

I'm listening to it now, so I will probably have a review for you later.  CLICK HERE to buy The Comeback Story on Bandcamp.
Later!
-samax