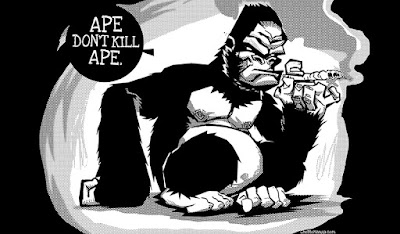 
The late Sean Price somehow managed to exemplify everything I love and everything I hate about hip hop at the same time.  A self-professed street corner gorilla with a heart of vibranium, Price would load comicbook references, casual drug use, and quotes from the Holy Qur'an into the same verse without any sense of irony or hesitation.  He was a veteran of the baggy pants & Timbs school of rappers fueled by weed, malt liquor and Saturday morning cartoons.
On 3 Lyrical Ps, Price is joined by fellow comicbook loving emcee Styles P of the Lox and the late Prodigy of Mobb Deep.
Produced by frequent collaborator Harry Fraud, 3LPs  is a fun thuggity New York rap banger.  In a way, it's fitting that the song is anchored by Styles, the last P standing as it were.  As it turns out, Styles closes it out by bodying the track and delivering song's the best verse:


Soaked in kerosene and thrown in the guillotine
Burnt with your head cut off, you don't dream
You're gelatin, my skeleton is like Wolverine's
Your family come for revenge, blow 'em to smithereens
I'm like Morpheus on opiates
Matrix, facelift with the can opener
Gatling on the stand whenever the van open up...

Anyways, Rest in Peace to Sean and Prodigy. 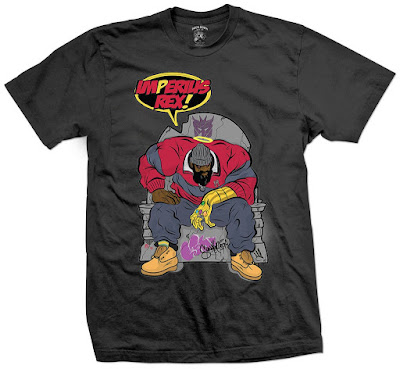 This joint is off Sean Price's posthumous new album Imperius Rex which can be copped (along with other dope t'ing) from the fam at Duck Down Records.
Enjoy your weekend!
-Samax