According to the fine folks at ENTERTAINMENT WEEKLY, everybody's favorite dreadlocked badass zombie-smashing ronin Michonne will only appear in a few episodes of The Walking Dead's tenth season this fall, as actress Danai Gurira's career enters its next stage...

Danai Gurira announced at The Walking Dead’s Comic-Con panel in San Diego on Friday that season 10 (which premieres Oct. 6 on AMC) will indeed be her last on the series, confirming news that EW and others reported back in February that she would only appear as Michonne in a handful of episodes spread out throughout the season.
“I can confirm this is the last season I’ll be on this amazing TV show as Michonne,” said Gurira on the panel. “I would just like to say this has been one of the purest joys in my life. I am very very thankful for the experience I’ve had in ways that I cant even express right now. My heart does not leave… it doesn’t ever end, the connection between us never ends. It was a very difficult decision. It was about my calling and other things I feel called to… as a creator of work..." [click here to read more on EW.com] 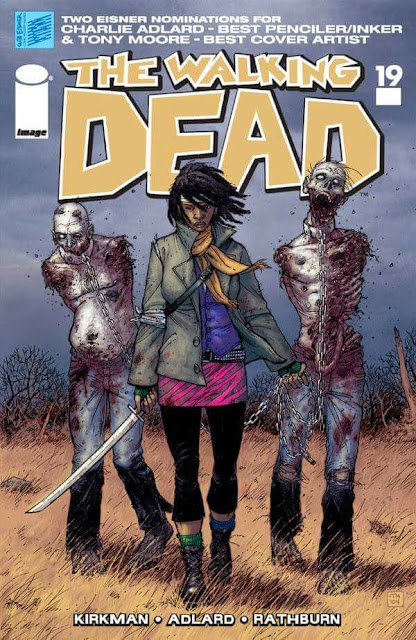 Playing Michonne was a breakout role for Gurira, who has gone on to play the iconic General Okoye in Black Panther, Avengers: Infinity War, and Avengers: Endgame.

With a Black Panther sequel already assured, and Danai's skills as action star and actress revealed to everyone, we are looking forward to seeing her star rise even more in the coming years.
[join the convo on Facebook]