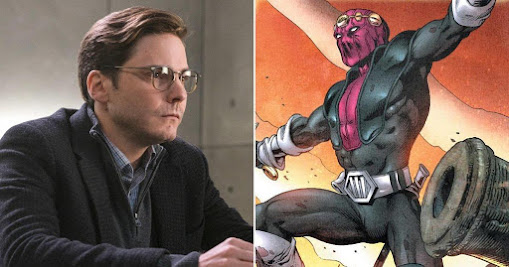 Don't get it twisted.

Baron Zemo is a Nazi.

He calls other people "supremacists" to distract from the fact that he is one himself.

He ingratiates himself to others because he is a MASTER manipulator. A user.

If you "can relate" to him, it's because he's playing you. pic.twitter.com/hETzAsJwvT

In last week's review of the first three episodes of Falcon And Bucky I mentioned that I liked how they are writing Baron Zemo.  What's occurred to me since is that it seems like people have taken the Zemo love a little bit too far.
Zemo is not an ambiguous character.
He's the bad guy.
Marvel is purposefully muddying the water about Zemo.
Creating likeable villains has been one of the MCU's go-to tricks for years.  At this point, I think fans are looking for reasons to root for the villain.
I have been reading superhero comics so long that it is pretty easy for me to tell the difference between an anti-hero, a tragic villain, and a villain who is manipulating the other characters (and audience) with double talk.

Zemo is using the circumstances of his past as an excuse to frame the entire world in a way that flatters him and his goals.  He's smart enough to outthink whoever he's arguing with, and he is quick to use language that enshrines his arguments, protecting him from rebuttal.
I learned a long time ago that in an argument, the person who is better at arguing wins.  The truth and facts are irrelevant.  It's about positioning your argument so that the other person is boxed in.

Zemo is better at arguing than any of the other characters.  He is manipulating them all the time, even when he seems to just be chatting.
And fans are falling for it.
peace.
-Samax


Samax Amen is a professional Content Developer, Illustrator and Cartoonist. He is the artist of many great comics you never heard of like FREELANCER LIFE, Herman Heed, Champion of Children, and The World As You Know It. He even writes and draws his own comics, like Dare: The Adventures of Darius Davidson, Spontaneous, and Manchild when he gets around to it. Because making comics is hard and stuff, he started GhettoManga as a blog in 2006 and as a print magazine in 2008.
GhettoManga.com
comics. hiphop. news. art. culture