"Can a Thug Be Born Again" by Corance Davis 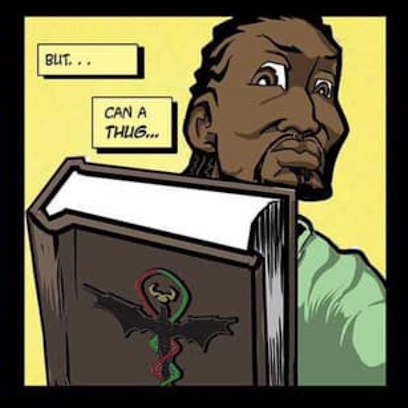 On 2/2/19,  the creator and founder of B.A.T. Industries, Tyrone “Tyger” Moore messaged me with the idea for a one-page story explaining the philosophy of Born Again Thugs.

He had a vision for a story we could do right then that wouldn’t compromise the main story of the Melanites comic. It would be a one-page story about what Born Again Thugs stood for.

That begs the question, what does Born Again Thugs stand for?


Tyger and I have had many discussions about that. More on that later.

The story would express the philosophy of Born Again Thugs through the actions of its main character. Tyger proposed that we’d see the main character evolve from being a product of his environment to having knowledge of self. We’d use the story on social media to represent the brand and its ideals to adults and kids alike. Tyger even knew he wanted Samax Amen to draw the story. Then he asked me what I thought. 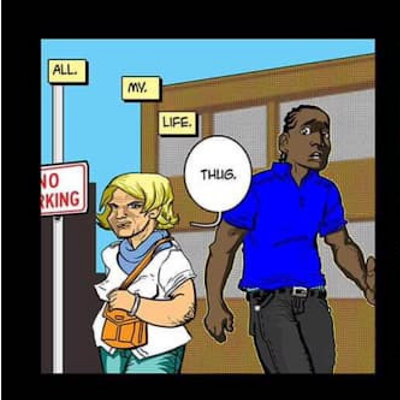 I came back with the bare bones of the scenario we see in the final product:

A young brother named Curtis is called a thug by multiple people throughout his life and it hurts. In the end, Curtis reads a book from Born Again Thugs, and the knowledge within that book helps him transcend. 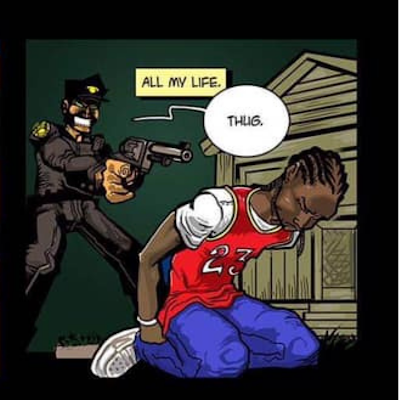 I went back and forth with both Tyger and Samax regarding the script. Once we’d tightened it up and made sure it expressed the ideals we wanted Samax jumped on it. 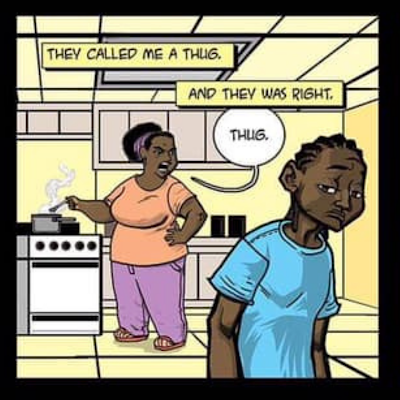 Working with Samax is always great because our thoughts are similar, but not the same. I know I can throw an idea at him and he’ll come back with something along the lines of what I had in mind, but that will still surprise me. I gave character descriptions such as “racist white lady” and “racist cop” and “Curtis’ moms” knowing we’d be on the same page. Samax didn’t disappoint. He breathed life into what were essentially background characters. 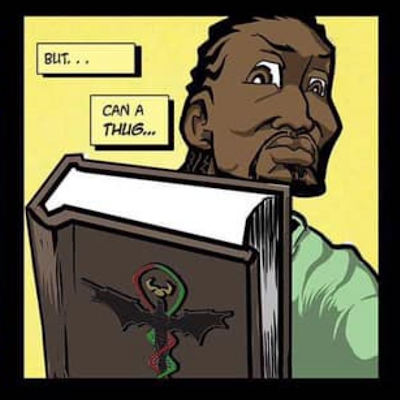 When we first started working together, Tyger and I had many conversations about the philosophy Born Again Thugs would bring to the world.

It’s about those who were born in circumstances designed to crush them. Those who may have done things the world would call them a villain over. Those who would take those circumstances and build themselves up above their past, into a new person. I think Tyger said it best himself with: 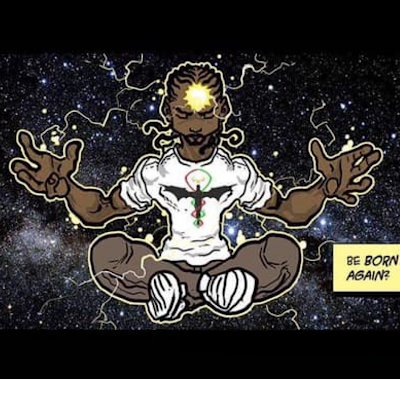 Heroes are made not to come save you, but to spark the hero within yourself. 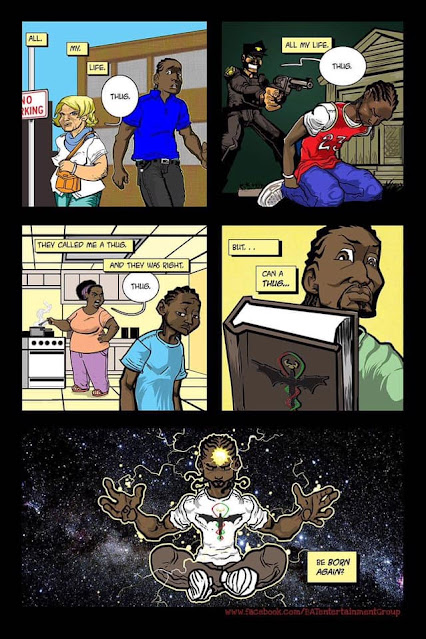 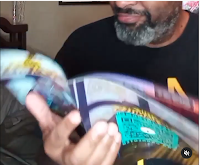 Corance Davis writes comics, but that’s not all he does. Corance writes film and tv scripts, does voiceovers, hosts podcasts, and coaches others in developing their intellectual properties. He’s a long time GhettoManga contributor and collaborator, and is currently the head writer at B.A.T. Industries where he helps to produce comics and other media. Corance currently resides in Dallas, TX.