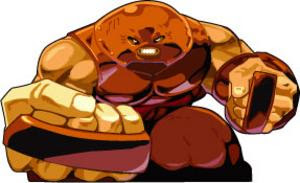 i like all kinds of hip hop... while i am generally into "conscious Rap," i do get ignorant now and then. which leads me to This Week's Cut: a freestyle by Dallas underground rapper Hollywood Cole, over the beat from Biggie Smalls' "Dead Wrong"... it was mixed by DJ WHIZ T (because if it isn't mixed by a DJ, it's not a mixtape, it's a compilation...) on Cole's "I'm The Juggernaut Bitch! Mixtape" inspired, of course, by the YouTube Classic of the same name, where two dudes turned down the sound on an episode of X-men and created an internet phenomenon, about mutants, pimpin', and bein' "the Baddest Muhfucka On the World..."
anyways, check that joint out, and if you dig it, buy Cole's mixtape...
it's ignorant... but still good.
holla!
samax.