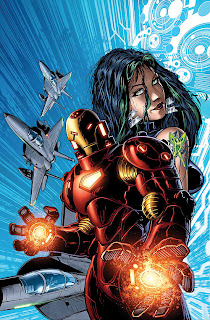 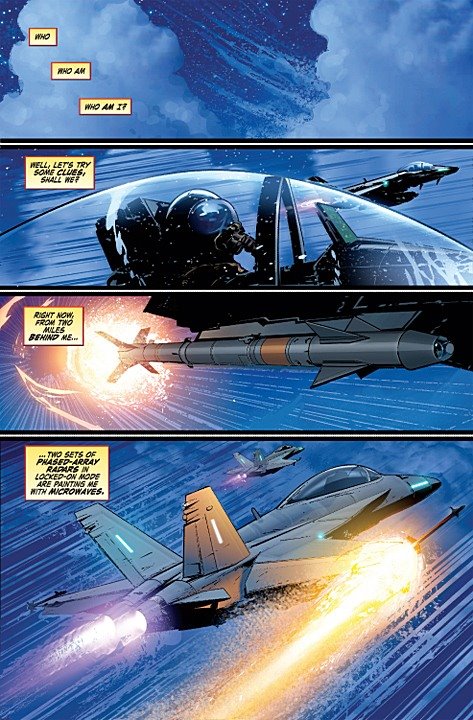 when the series opens, Iron Man is being persued by S.H.I.E.L.D. (think Homeland Security, crossed with G.I. Joe) fighter planes, armed with special "Cape Killer" technology designed by Stark himself. and if you're like me, and you think it's just some kind of training op... YOU'RE WRONG!!!

Warren supplies a lush, tech-savvy story that begs a longer relationship with Iron Man. the dialogue would be perfect for a cartoon or feature film designed to introduce you to the character while also making him feel familiar... warren, who also did the story layouts and the cover art, has a great feel for "widescreen" action, showing just enough to pull you along, with a beautiful sense of tension and violence. 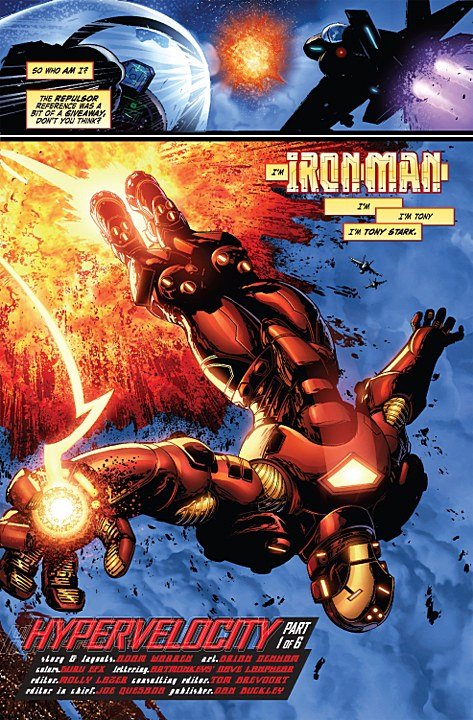 working from Warren's layouts, Denham supplies an excellent interpretation of the character. often, people can draw IronMan but not Tony Stark, or vice versa, but Denham convincingly handles both in his first mainstream work. Denham is a brilliant young artist, whose work i've seen on his war drama Killbox

from AP, so it's good to see him on such a high-profile book.
Hypervelocity is currently on issue #2, so it's not to late to go cop what you've missed so you can hit the ground running when #3 drops next month, and i really recommend that you do! the first two issues are very good, and the series has already taken some surprising turns in just two issues, so get in while you can (i'm trying not to give anything away!!!)
anyways, that's what's up.
holla!!!
samax.
ghettoManga.com