PREVIEW- Fight of the Century 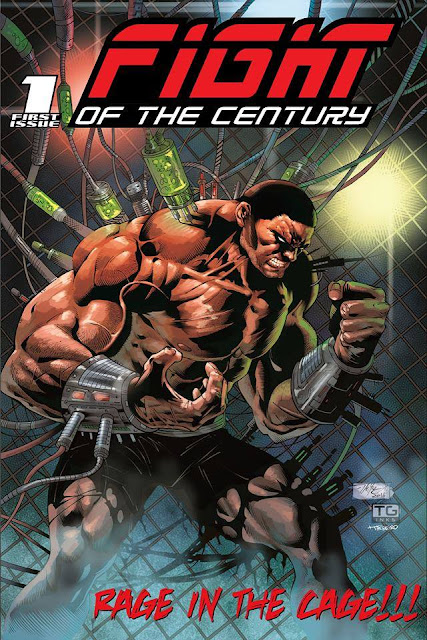 I ran across this science-fiction mixed martial arts comic Fight of the Century on Facebook over the weekend, and was blown away by this incredible unlettered five-page preview they dropped yesterday...

In the not too distant future, mixed-martial artists transform from men to monsters in minutes as performance-enhancing drugs have gone from behind the scenes banned substances to front and center game changers. One day, REX PUNGA, a farm boy turned struggling fighter, has his career cut short in a horrifying drug-fueled freak accident. He’ll inevitably return to the octagon. However, this time he’ll be using traditional means in a campaign that will take him from public punchline to people’s champion. 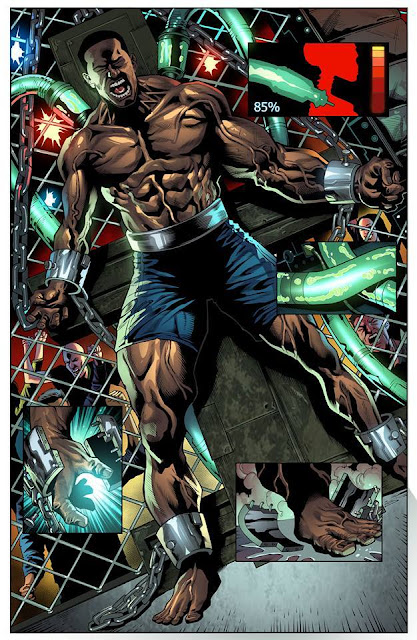 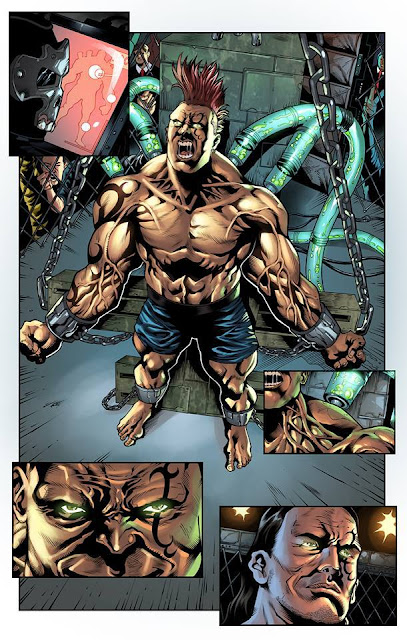 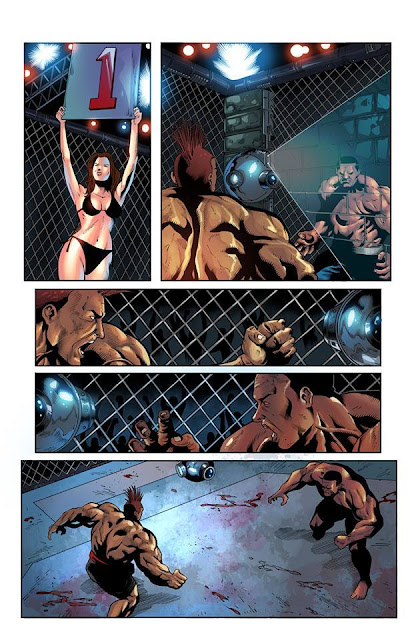 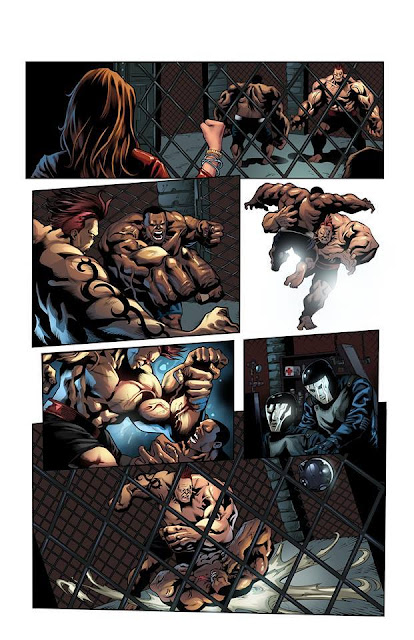 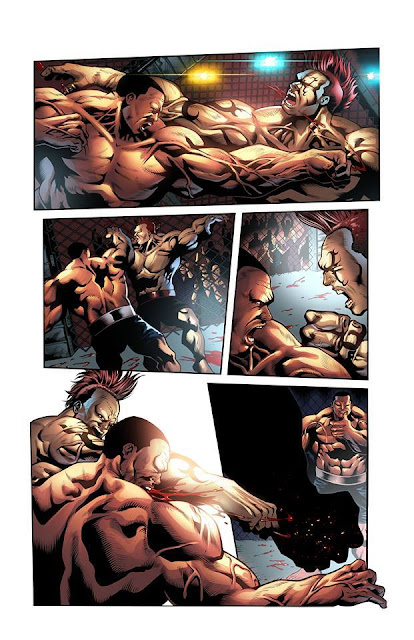 Fight of the Century is written by Troy-Jeffrey Allen and Nick Allen, with art by Julius Abrera, Thiago Ribeiro, and Thiago Gomes da Costa.

Fight of the Century is a fist-flying sci-fi fantasy on steroids, literally. Set in a futuristic Brazil controlled by a mega-corporation, FOTC is an action-packed thriller examining humanities desire to become bigger, faster and stronger; while exploring the price we’re willing to pay to reach our maximum potential. With influences from Rocky to Akira, it’s a comeback story about an underdog, whose unlikely return will inspire a nation.

Our longtime readers might recognize the DMV-based Allen boys from their work on wrestling comic BAMN, the pop-culture site Action A Go Go, and other projects that give them props with fellow adrenaline junkies.  So with a killer art team to round it out, Fight of the Century has the credibility to reach its market.  And they have a clear understanding of who their market is:

Fight of the Century is a science-fiction, sports-drama for the 17+ reader. If you're into the cyberpunk, sports manga, and/or manhua “fight” subgenre...then step into the ring with FIGHT OF THE CENTURY. 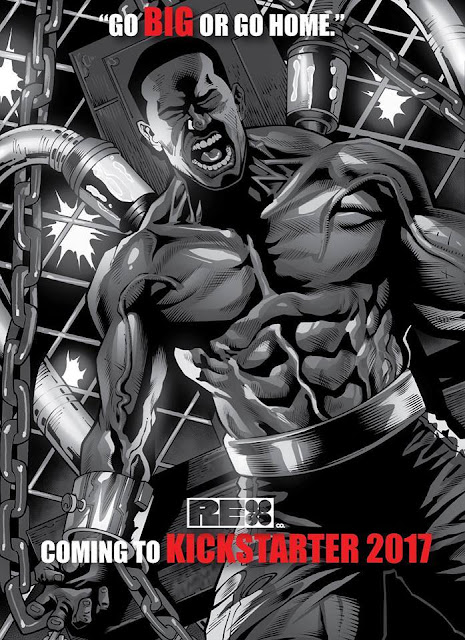 It's always cool to see creators who know who they are making their product for, both within the traditional so-called comicbook fandom, and outside in the larger popular culture.  And there is definitely a natural overlap between mixed martial arts fans and action comics as a medium.