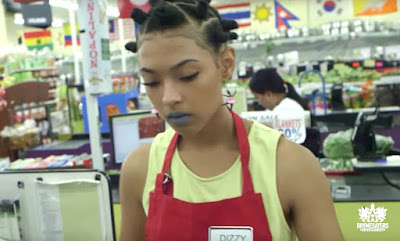 Soulful rhymesayer Dem Atlas barely appears in this video for his melancholy alcoholic-rap joint In the Mud, which is one of the things I like about it...


I don't have a lot to say about Dem Atlas, but I like it when rappers resist the urge to make videos where they posture and wave their hands at me.  I mean, I don't have a problem with all that, but why?  If you got a director who wants to make a video, let them be as creative as the emcee is with the rhymes.
It lets it be about the m u s i c, not just the rapper's ego. Seen?

Okay, okay you wanna watch the emcee stand in front of a camera and spit bars at it?  Here you go: