A few words about Noveliss's ode to Nujabes, "Kenjutsu Under the Moonlight" 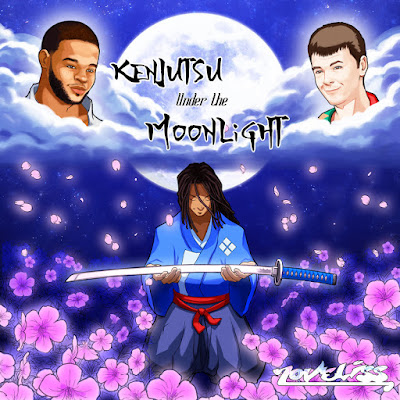 "I only know how to communicate between these lines.
So my relationships have trouble surviving beyond the mic..."
-Noveliss

Gifted Motor City emcee Noveliss is back with Kenjutsu Under the Moonlight, an eight-track ode to the late Japanese deejay/producer Nujabes (best known for his contribution to hip hop-soaked anime Samurai Champloo).


Kenjutsu brings the familiar blend of hip hop, anime, and hard knockery that Noveliss has built his name on.  We first peeped Noveliss as part of the greater-than-the-sum-of-its-parts crew Clear Soul Forces (peep track 7 Sword Play (Feat. Clear Soul Forces), and he has been rhyming like his life depended on it ever since.

Noveliss embodies everything we stand for at GhettoManga, and on Kenjutsu he at his best dealing with issues of loss, not just of his favorite producer, but of friends, family, and opportunities.  Like any good battle emcee, Noveliss is quick to turn his melancholy into aggression at a moment's notice on some "nothing sweet here" type shit.

I recommend you click here to get your hands on Kenjutsu Under the Moonlight asap.


"I only know how to communicate between these lines. So my relationships have trouble surviving beyond the mic..."https://t.co/QpVSueakd0 pic.twitter.com/WShjK956KN
— GhettoManga Magazine (@ghettoManga) October 31, 2017