Director from THE WIRE, THE WALKING DEAD to bring Osajyefo & Smith's BLACK to the big screen 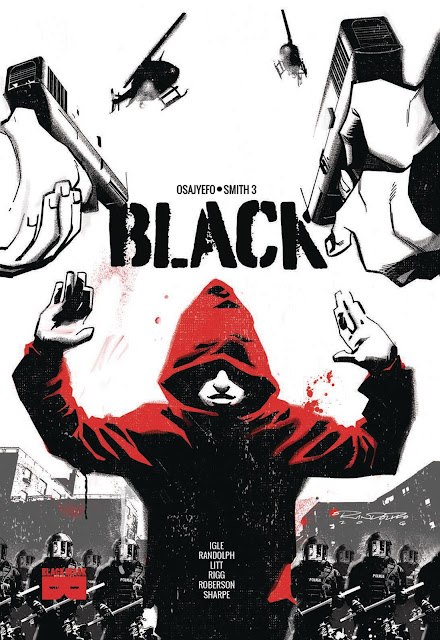 When Kwanza Osajyefo, Tim Smith and company launched BLACK on Kickstarter, I suggested that this project had all the pieces to take the Black Comix revolution (already in progress) to the next level.  Now, the revolution is following mainstream superheroes to the big screen.
Apparently, that dude Seith Mann (The Wire, Homeland, The Breaks, The Walking Dead) is on deck to direct the adaptation of a world where only black people have super powers for Studio 8.  Since Studio 8 has a distribution deal with Sony, this could be big.  Osajyefo and Smith are on as co-producers, with BLACK MASK's Matteo Pizzolo producing.  BLACK has a world built on its core premise, and Studio 8 is looking to launch a film franchise here.


Anyways, I gotta draw stuff for money, but I just want to say that the Black Comix revolution doesn't stop here.  There are tons of creators out there waiting for your support.  Go support them.  If you're one of them, take heart.

And keep up the great work.