WHAT IF..? Episode 1- Peggy Carter Becomes the Super Soldier 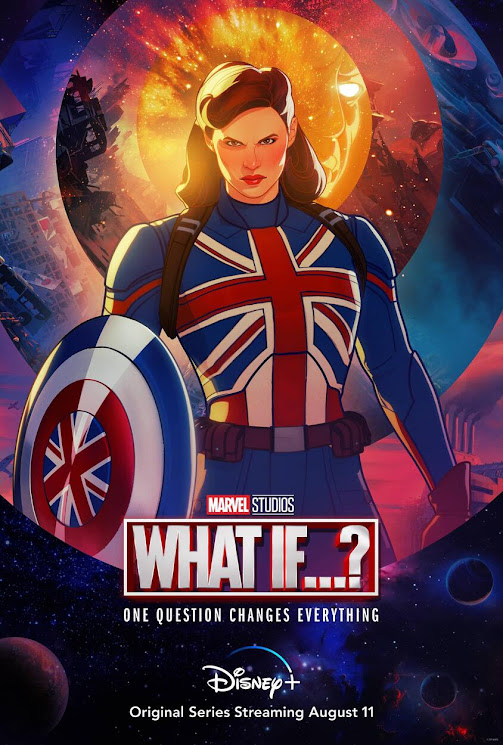 As a Marvel Zombie growing up, I was always aware of Cap's love interest Peggy Carter, but I became a fan of the character when she appeared in Captain America: The First Avenger.   I didn't watch Agent Carter when it was on tv, but watching it once I got access to Disney+ solidified this SHIELD co-founder as a trailblazer for the pantheon of Marvel heroes.
The debut episode of Marvel's new animated series What If..? shows us a universe where she becomes the north star in the superhero constellations.
The sales pitch:

Marvel Studios’ What If…? flips the script on the Marvel Cinematic Universe, reimagining famous events in unexpected ways. Creating a multiverse of infinite possibilities, the animated series features fan-favorite characters where a single choice can branch out creating alternate worlds from the ones we know.

By the time I watched the debut episode, takes (hot and otherwise) about Captain Carter were already hitting the internet.  But I did a pretty good job dodging them so I could avoid learning anything I didn't want to know.
As for me, I really enjoyed the episode, and wish they had made it an hour instead of fitting a story just as large as Captain America: The First Avenger into just thirty four minutes.
But then, we know from this trailer that Captain Carter's story doesn't end with this episode.  Unlike other Marvel Cartoons and pre-Disney+ shows, What If..? is part of the Marvel Cinematic Multiverse set up by LOKI. 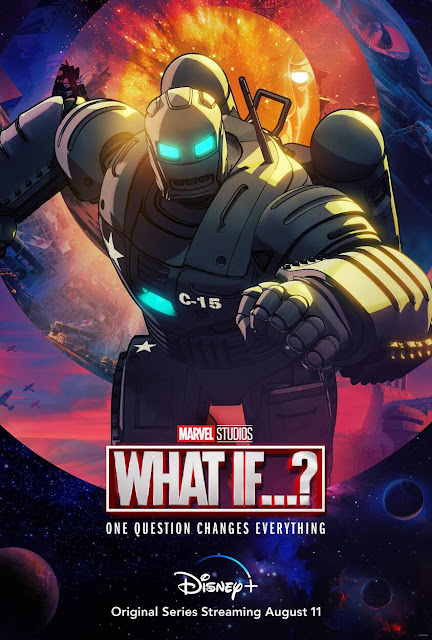 Howard Stark designed it.  The Tesseract Powers it, but Who is the HYDRA STOMPER?!?
Anyways, I really enjoyed the episode, which changed the role played by Steve Rogers, Bucky, and Hydra in this parallel universe.  Like Captain America in the movies, Captain Carter stops the Red Skull's plan at a great cost and finds herself exiled to the future, where Nick Fury and Hawkeye (presumably still agents of SHIELD, even though Peggy was not around to co-found it) are waiting for her.
The animation and character designs are fun, capitalizing on the rich history of the MCU.  The story has fun ribbing the fans, such as making light of the hell Bucky avoids when Carter saves him from falling off the train. Like the movies did with well-known events from the comics, What If..? revels in the opportunity to mess about with a pre-paved continuity.
Like Agent Carter, the What If..? team creates a character in Captain Carter that is tough as nails, but still feminine and relatable.
Can't wait to see what the What If..? team has in store for us next Wednesday!
peace.
-Samax
p.s. CLICK HERE to read my review of James Gunn's The Suicide Squad 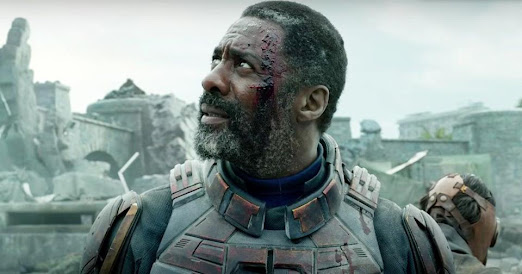