I Can't Stop Listening To WU WEI by I9ON "Persistence is key
Wisdom a degree
When you know who you are
You move effortlessly..."
-I9ON
I got my hands on I9ON's new 7-track record Wu Wei recently, and haven't been able to get away from it. 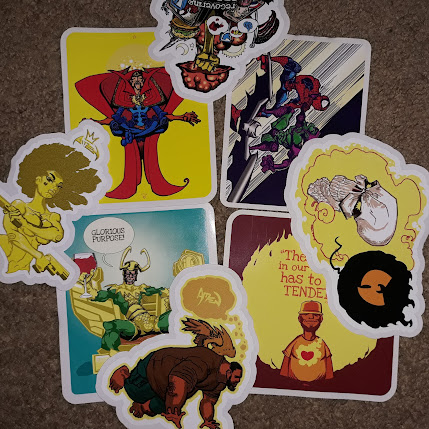 
Wu Wei: the practice of taking no action that is not in accord with the natural course of the universe. In a nutshell, “effortless action” or “not forcing”. This project is a free flowing ensemble of beats and rhymes of the moment captured outside the confines of time. All production, cuts, and scratches by Chinch 33(Germany). When listening be sure to just relax and go with the flow!

Wu Wei is my favorite I9ON joint I've heard. I9ON (pronounced "Iron") aka the Man in 7he Mask likes to push the boundaries of his hip hop offerings, with beats that feel inspired by DOOM, Dilla, Madlib and the like.  On Wu Wei, I9ON is joined by German producer Chinch 33.  The result is transcendent.
Wu Wei snatched me from the intro and never let go.
The concept is about expending the least energy you can while getting the most effect.  Applying muscle only at the exact moment it will have the most impact like Judo.  The intro lays it out, and the record goes on to support it in a very cohesive way.
The Tao shit, the Allan Watts clips, the samples, scratching and cuts.
Nothing is wasted or inappropriate. Reminds me of the classic Gza couplet:
"I don't waste ink. Nigga I think And drop megaton bombs more faster than ya blink"
I9ON and Chinch 33 fuse together perfectly to bring a record that celebrates the application of wisdom and authenticity.  Sonically and lyrically, We Wei is in the tradition of Eric B and Rakim, Wu-Tang Clan, Dilated Peoples, Jeru the Damaja, and other supremely cool hip hop voices that teach knowledge as the secret to success.  I9ON does not try to overpower Chinch 33's production and deejaying, and is not dominated by it.  It's a truly beautiful collaboration.
I'm gonna be spinning this one for a while. One of my favorite records of the year.
peace.
-Samax
Samax Amen is a professional Content Developer, Illustrator and Cartoonist. He is the artist of many great comics you never heard of like FREELANCER LIFE, Herman Heed, Champion of Children, and The World As You Know It. He even writes and draws his own comics, like Dare: The Adventures of Darius Davidson, Spontaneous, and Manchild when he gets around to it. Because making comics is hard and stuff, he started GhettoManga as a blog in 2006 and as a print magazine in 2008.  Samax is currently the Art Director and Assistant Manager on THE MELANITES for Born Again Thugs Industries, LLC, and a contributing Artist on BIGS from UPCHUCK COMICS.
GhettoManga.com
comics. hiphop. news. art. culture