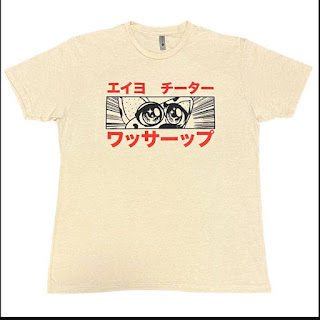 I could not resist copping this ANIME CHEETAH TEE from Goodboy Noah's online store after watching this You're The Apple Of My Pie video... 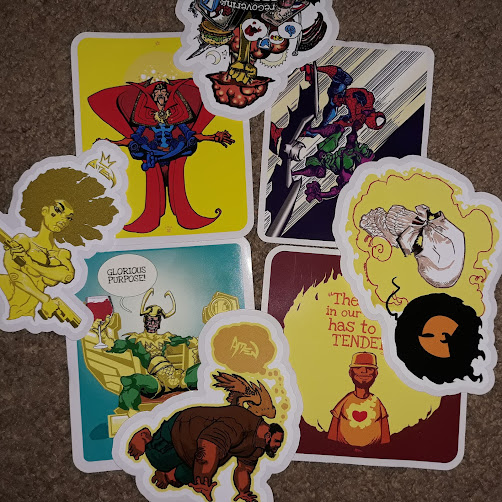 Get 12 Stickers for $25 (While supplies last)
I discovered Goodboy Noah on Instagram (but he's on Twitter and YouTube too obviously), where this adorable millennial man child with a flawless falsetto plays sidekick to the ice cold rapping chef, Cheetah.
Despite being hilariously clueless about life, Noah can nevertheless effectively execute Cheetah's endless arsenal of recipes for our entertainment.
As you might suspect, Noah is a recording artist.
I haven't gotten around to listening to his "real" music yet, but he's clearly talented. So go diving through his account on your own time for that.
Right now, I'm just talm'bout Noah & Cheetah...
I didn't know I needed singing comedy chef and puppet videos in my life.
But fortunately, the Insta algorithm did, and after the Apple Pie Song video, I just HAD TO HAVE that ANIME CHEETAH tee (which says - you guessed it - "Ayo Cheetah" in Japanese).
Merch strategy wins again!
peace.
-Samax
Samax Amen is a professional Content Developer, Illustrator and Cartoonist. He is the artist of many great comics you never heard of like FREELANCER LIFE, Herman Heed, Champion of Children, and The World As You Know It. He even writes and draws his own comics, like Dare: The Adventures of Darius Davidson, Spontaneous, and Manchild when he gets around to it. Because making comics is hard and stuff, he started GhettoManga as a blog in 2006 and as a print magazine in 2008.  Samax is currently the Art Director and Assistant Manager on THE MELANITES for Born Again Thugs Industries, LLC, and a contributing Artist on BIGS from UPCHUCK COMICS.
GhettoManga.com
comics. hiphop. news. art. culture