The second-to-last issue Greg Pak's STORM solo comic is in stores now. And it looks AWESOME! 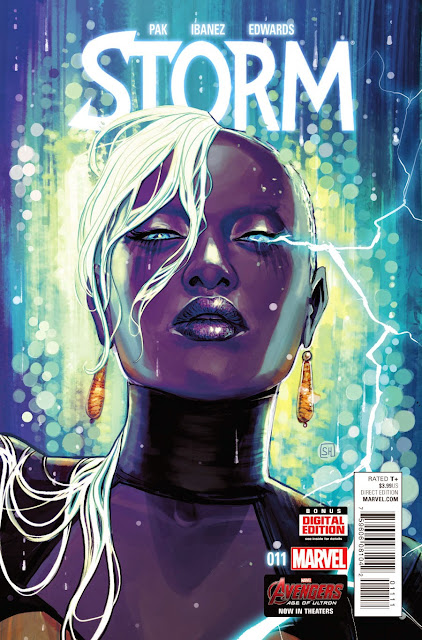 Okay, so STORM is definitely going away after issue twelve, along with a bunch of other books ahead of the big Marvel Secret Wars thing (don't ask...). I'm not sure if the plan is to bring STORM back for a new number one, but I know my vote...
Anyways, here's a preview of STORM #11...
Here's the sales pitch:
Storm has traveled the globe on a mission to better the world for man and mutant alike. But when one of her failures resurfaces in the form of a new threat, will Storm be able to right the wrong, or will she be doomed to relive history?
OH YEAH! I forgot to post #10 last month, and since it has art by badass man of mistery Victor Ibanez, I will post it first! 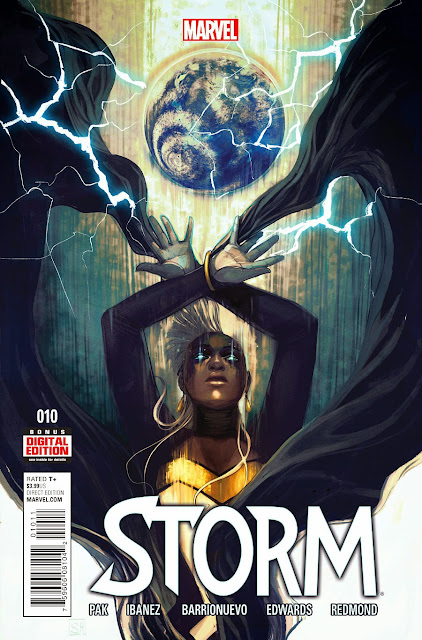 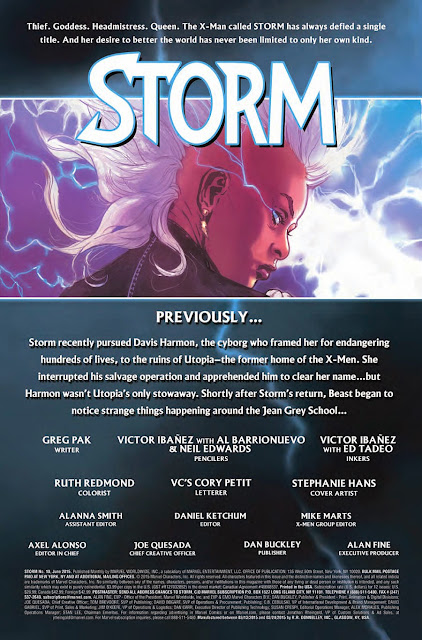 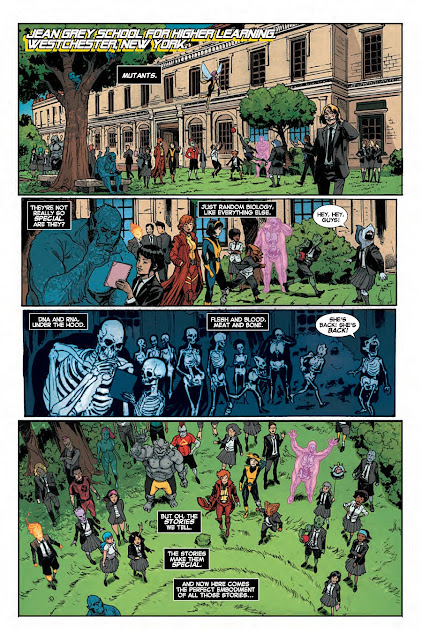 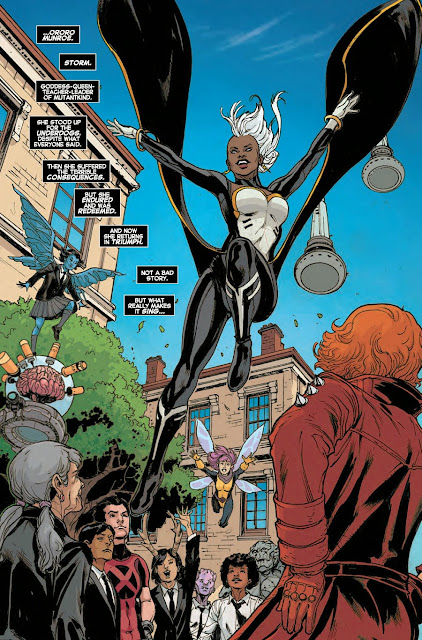 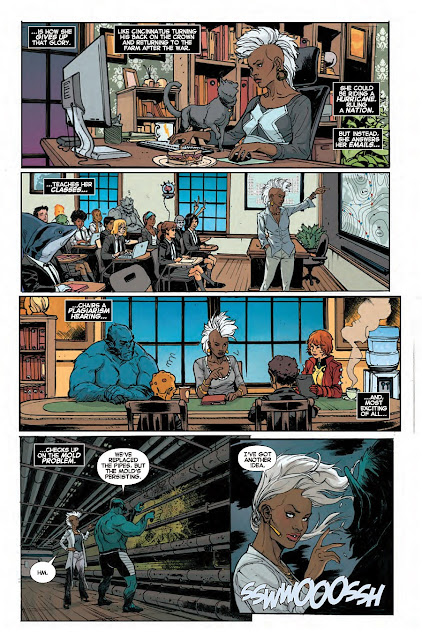 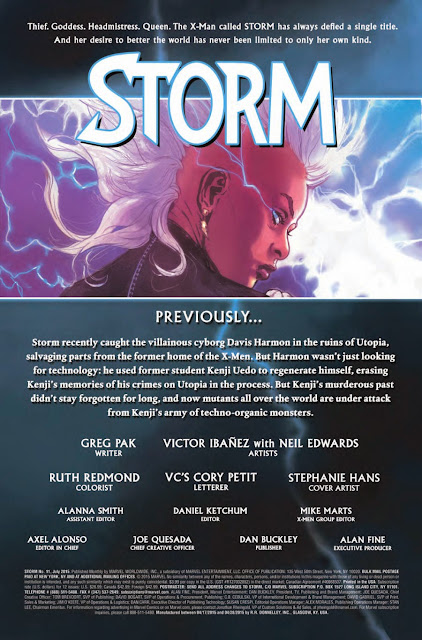 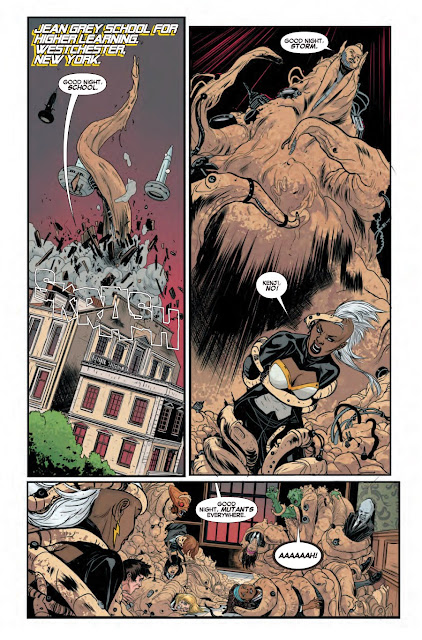 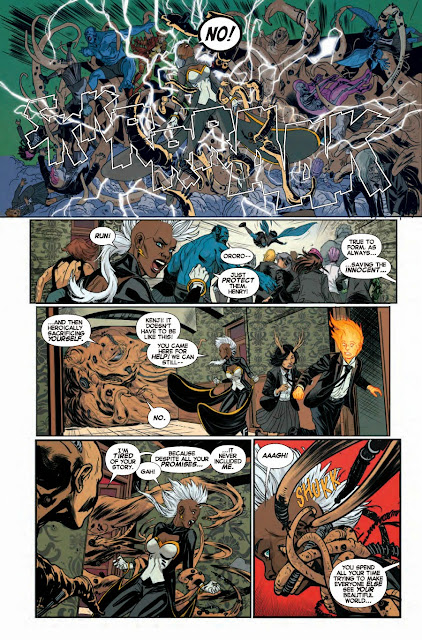 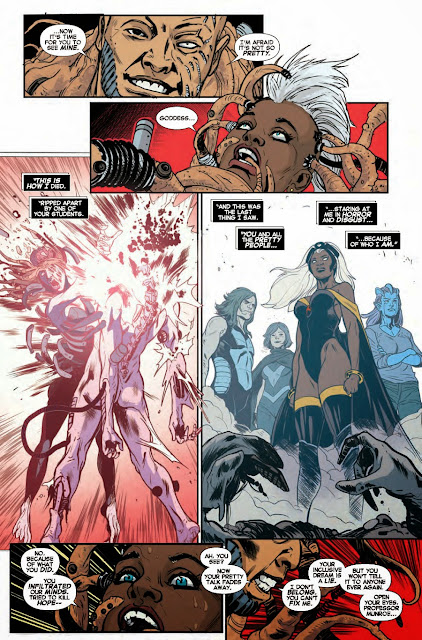 Haters is gone hate. I never read the Going Back to Cali X-men, so I'm not familiar with this Tetsuo-lite badguy, but this looks good. Pak is mashing the writing on this, and whenever they can wrangle Victor Ibanez into the chair at his drawing table, this book is hard to beat. I have whined about the rotating art and my other concerns about STORM (and what Marvel should do to fix 'em) before... Today, I am just heaping praise on Pak and Ibanez. This looks dope. Good job guys. Now get back to work! Hopefully Marvel is relaunching STORM with these guys on the team after their Secret War Battle World thingie is over.

So anyways, STORM #11 is in stores ahora mismo, so go to your local comic slanger and re-up, playboys and girls.

Samax Amen draws people, places and things for fun and profit. He is the artist of many great comics you never heard of like Herman Heed, Champion of Children, The Brother and The World As You Know It. He even writes and draws his own comics, like Dare: The Adventures of Darius Davidson, Spontaneous, and Manchild when he gets around to it. Because making comics is hard and stuff, he started GhettoManga as a blog in 2006 and as a print magazine in 2008.
GhettoManga.com
comics. hiphop. news. art. culture
edited by Samax @ 4:28 PM