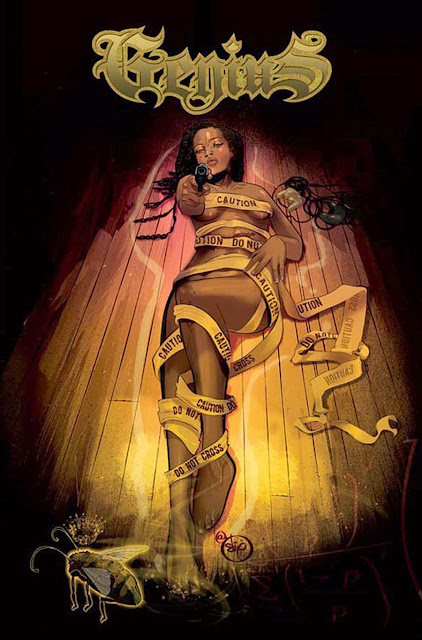 When Top Cow dropped this inventive action thriller written by Marc Bernardin & Adam Freeman and Illustrated by Afua Richardson last summer, they couldn't have known how much police brutality, urban protests movements, gang truces, and violent uprisings would dominate the media for the next year. But even if it's coincidental, that doesn't make GENIUS any less timely now that the trade paperback is in stores. 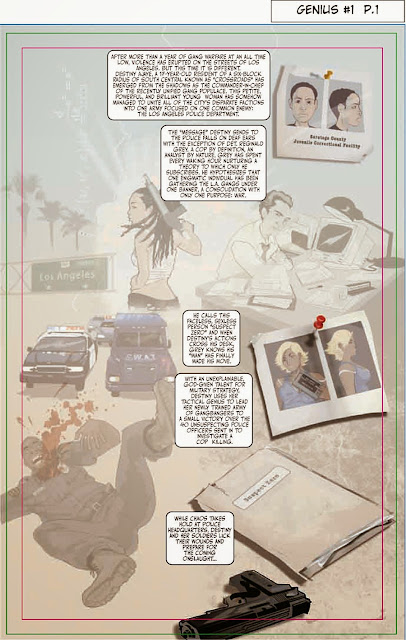 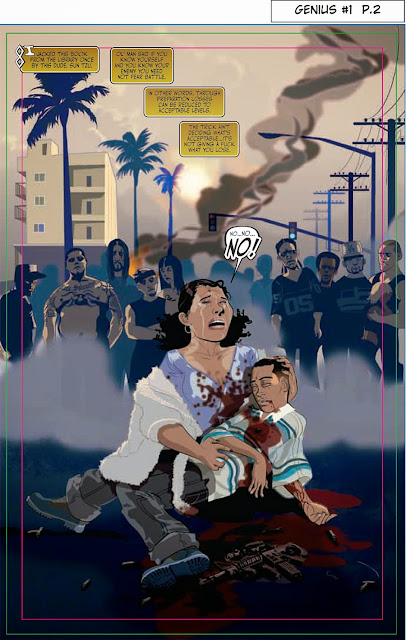 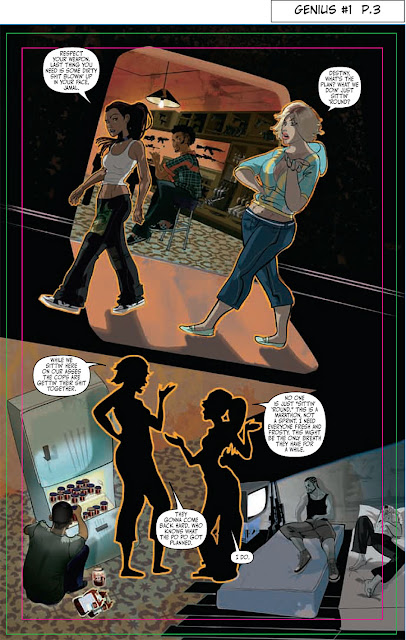 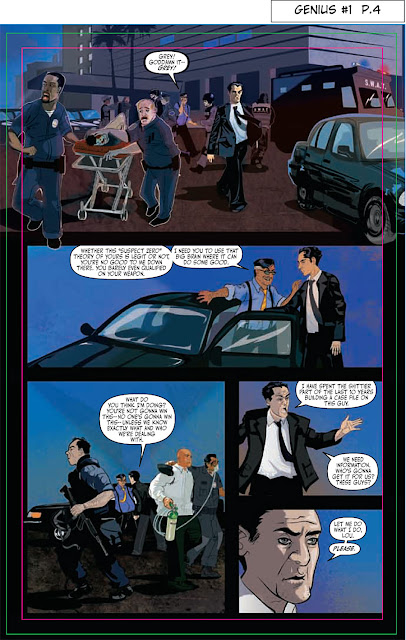 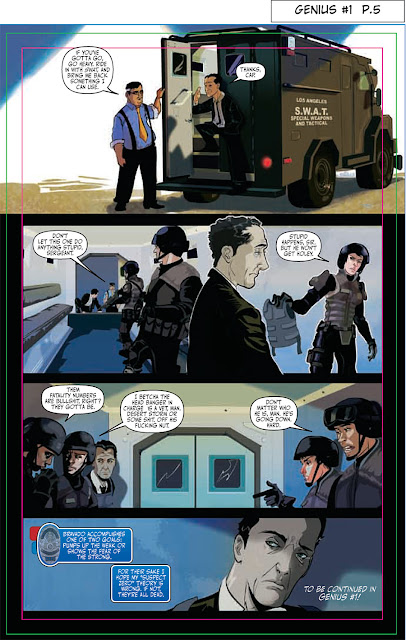 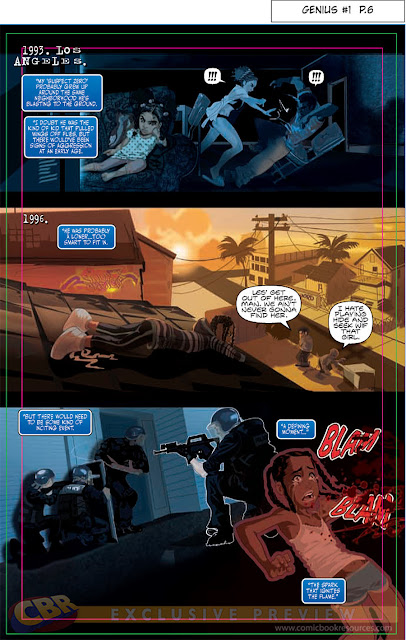 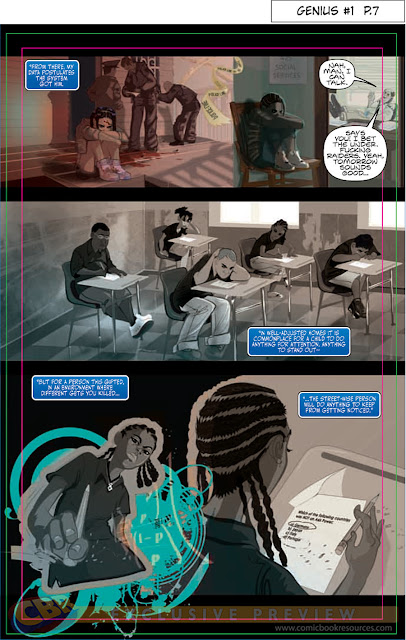 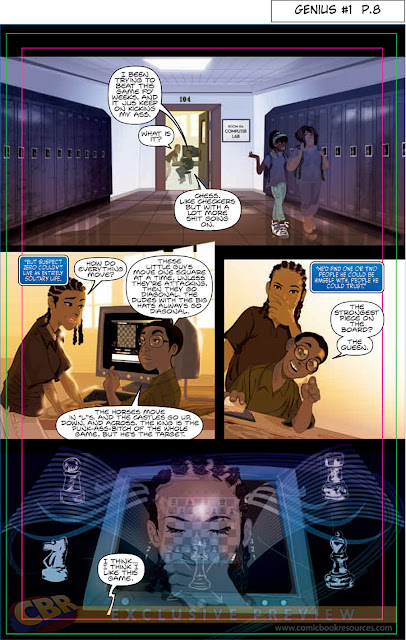 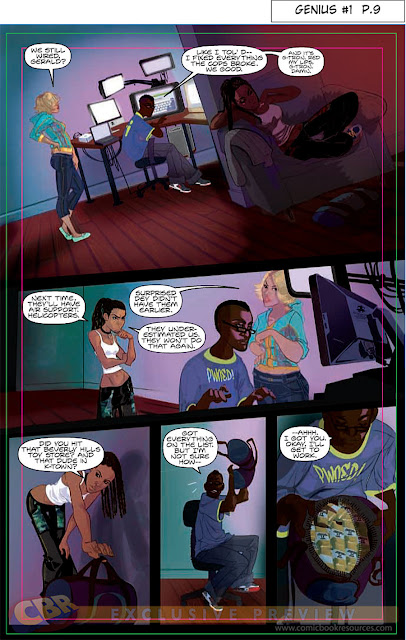 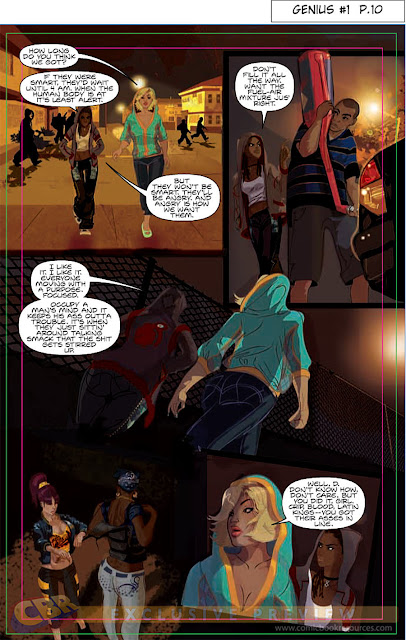 In the shadow of the top tier publishers and Hollywood flirting with diversity, smaller publishers have been doing the heavy lifting for some time. So I'm happy to see GENIUS reach this milestone, if only to give fans more excuse to talk about it. Seeing this in the feed of my social media between anger about police killing citizens with relative impunity and laments over the lack of diversity in comics gives me hope. Hope that somebody might stumble upon this book and see how deep the rabbit hole of diversity really goes in comics beyond the boundaries of the Big Two.

To that end, CLICK HERE to see more preview art from Genius and to read my raving about emerging star illustrator and musician Afua Richardson, or just check your local comic shop or bookstore for GENIUS, which is in stores now.
If you've already read it, I'd love to talk about it in the comments, on Facebook or Twitter, or whatever...

Samax Amen draws people, places and things for fun and profit. He is the artist of many great comics you never heard of like Herman Heed, Champion of Children, The Brother and The World As You Know It. He even writes and draws his own comics, like Dare: The Adventures of Darius Davidson, Spontaneous, and Manchild when he gets around to it. Because making comics is hard and stuff, he started GhettoManga as a blog in 2006 and as a print magazine in 2008.
GhettoManga.com
comics. hiphop. news. art. culture
edited by Samax @ 3:30 AM