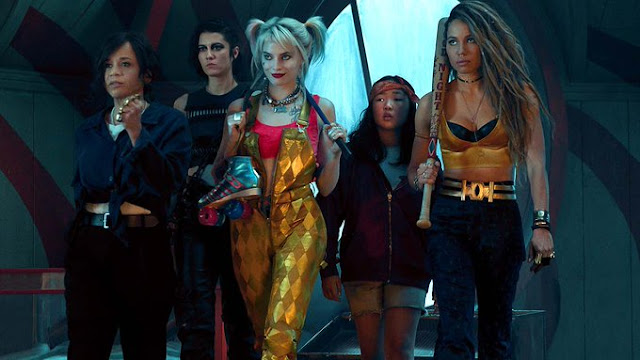 I posted my thoughts about the Birds of Prey movie on Twitter a couple weeks ago, but I am sharing and expanding on them here.  My review is basically spoiler-free.  There may be spoilers in the comments (if there are any), so read them at your own risk.

I saw BIRDS OF PREY the day before the "official" opening date with my mom and sister. Mom hated it, sister loved it. It was poorly written, but entertaining. It kind of wants to be like Deadpool, but falls short of that goal. It has lots of good ideas in it. And the fight scenes are ambitious. 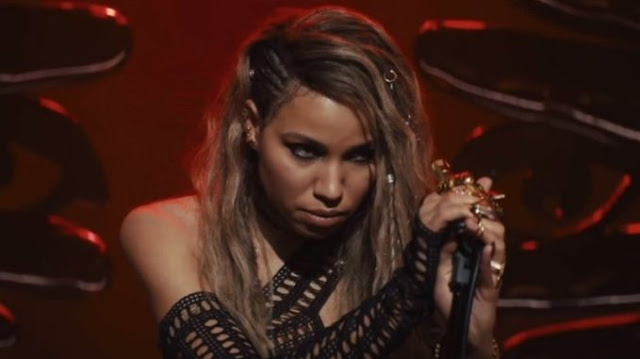 Black Canary (played by Jurnee Smollett-Bell) is dope in every way, if underutilized. Gorgeous, devastating, and slick.

She has the best fight sequences in the movie, and is probably the most likable person in the movie. She is easy to root for, and never let me down.

I probably would have enjoyed a Black Canary solo movie more than this movie. I definitely wanted to see more of her. 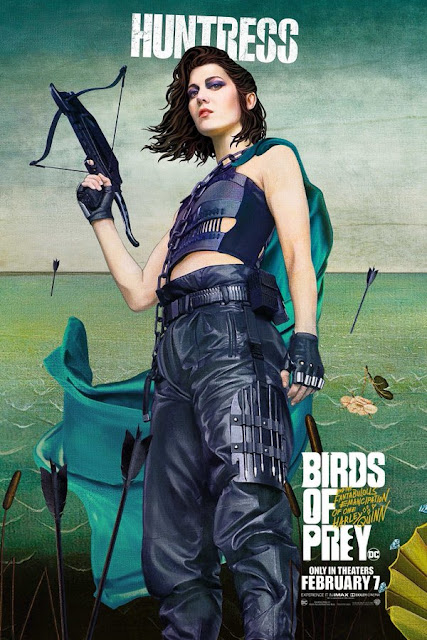 Huntress was good too. I was never a huge fan of her character in the comics, but Mary Elizabeth Winstead's portrayal of this Bat-fam vigilante was well-written and delivered.

I imagine she will shine more if they make a second Birds of Prey movie. 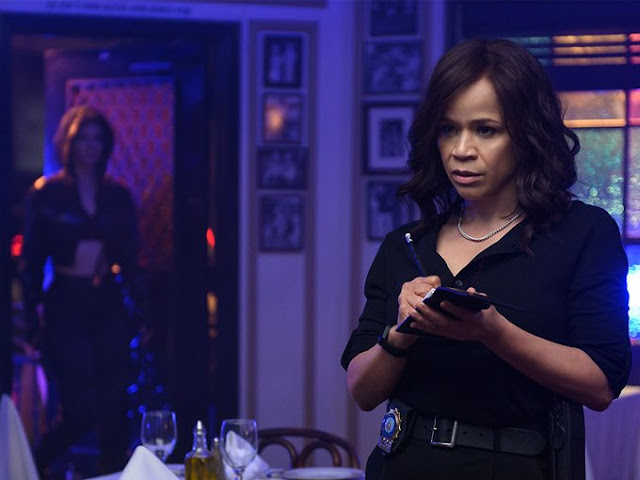 She was the real reason I wanted to see Birds of Prey. If you hate Rosie, gird yourself, because she is full "eff you, I'm Rosie Perez" mode. But I love her, and she's fun as Detective Montoya.

She reminded me of Misty Knight on the Luke Cage Netflix show. Her character drove home the story of a woman who is a genius at her job, but does not get the shine she deserves because dudes can't deal with an alpha woman stomping all around them. I would love a cable show starring Rosie's Montoya.

Cassandra Cain was a complete disappointment.

In the comics (the ones I read, anyways) Cassandra Cain could fight Batman and Lady Shiva to a standstill, but for whatever reason, they decided to make her a smartass pickpocket who can't defend herself.

I understand not wanting her to be Batgirl in Birds of Prey, but the character in this movie has no relationship whatsoever to Cassandra Cain. I would have preferred they just create a new character, rather than to totally piss on the original. That was a hard screw up for me to overcome. 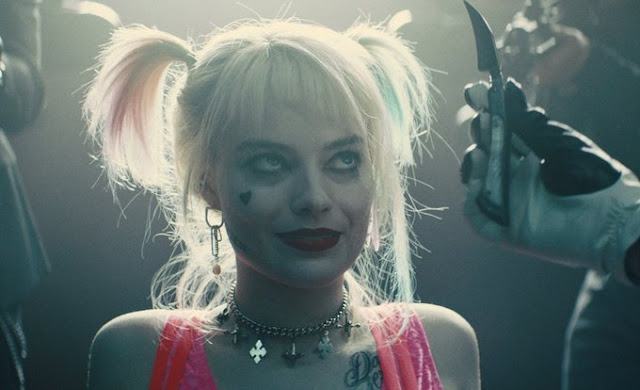 Harley was hit-and-miss in this. I feel like this movie reduced my view of Harley. I always saw her as a right hand woman to the Joker. I felt like she was protecting the Joker at least as much as he was protecting her.

Bird's of Prey rejects that, insisting that being Joker's girlfriend was the only thing keeping Harley alive in the deadly Gotham underworld.
Harley is insane, NOT stupid. She works best when she's portrayed as an intelligent badass who is mentally unhinged. She has incredible fighting instincts and is a brilliant con artist. Birds of Prey continually insists that Harley is not up to the challenge of being a Gotham City heavyweight.

That seems like broken messaging for a modern female anti-hero narrative. Birds of Prey's story thrives on Harley's chaotic, cartoony point of view. Harley is so nutso that she will try things that are way to dangerous to attempt, and Birds of Prey director Cathy Yan does her best to see to it that Harley looks good doing it.

At those times when the story loses it's slippery grip on reality and slides into nonsense, Harley's character suffers the most. 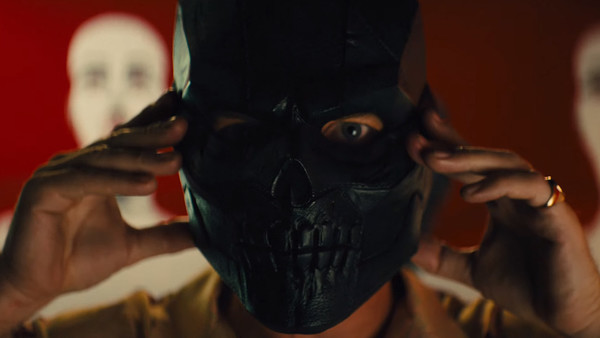 I have read reviews that make a lot of the Black Mask as a great villain. They are lying to you. He's a mediocre Batman villain in every way except one. But I won't spoil it.

Ewan McGregor gives a nice performance as Roman Sionis, the stylish gangster underneath the Black Mask's death's head facade, but if he's the best DCEU villain, it's an indictment of their other movies, not high praise for this one. 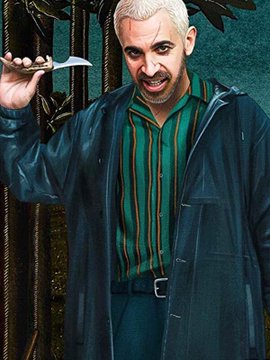 Chris Messina's Victor Zzasz is the most watered down version of the character possible.

The use of Zzasz is a poor choice if you are reluctant to go all the way with his brutality, as the storytellers clearly were. Birds of Prey, unfettered as it was by the R rating, was nevertheless squeamish to go hard with a character as outlandishly violent as Zzasz, who marks himself with cuts for each victim he murders. If you are not going to get graphic with a Zzasz, you should leave him in the box. Being reserved with him is not a good look. 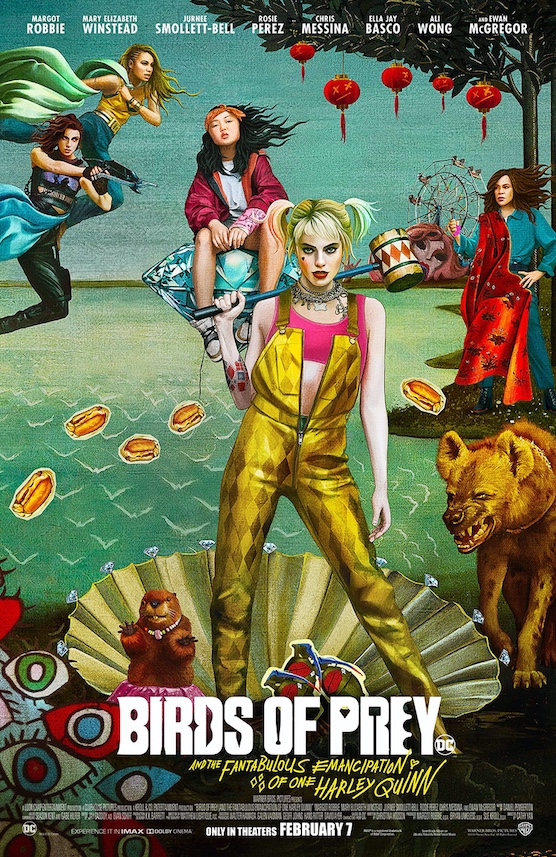 I wish I liked Birds of Prey more, but it is what it is.

I don't think it was the disaster that the average dudebro critic makes it out to be, but I can't give it the full-throated endorsement I am seeing in girl-power reviews either. Hopefully it will do well enough to get another shot. Have a Deadpool watch party and try again, y'all! There's definitely a lot to like in Birds of Prey, but taken as a whole, it's kind of a mess. C-

Samax Amen is a professional Content Developer, Illustrator and Cartoonist. He is the artist of many great comics you never heard of like FREELANCER LIFE, Herman Heed, Champion of Children, and The World As You Know It. He even writes and draws his own comics, like Dare: The Adventures of Darius Davidson, Spontaneous, and Manchild when he gets around to it. Because making comics is hard and stuff, he started GhettoManga as a blog in 2006 and as a print magazine in 2008.