Brandon Graham eats kung-fu posters, shites comics, and fux with one of his heroes... 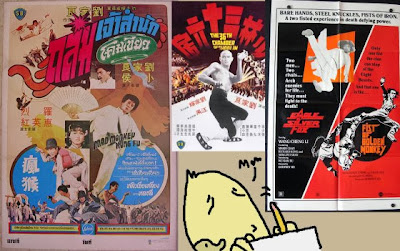 "I eat posters and steal their power."
-Brandon Graham, explaining how he took inspiration from old kung-fu joints to put together the cover for the Empowered: Internal Medicine one-shot, wherein the GhettoManga favorite cartoonist and KRS ONE acolyte takes on Adam Warren's cheesecake superhero comedy. Peep the cover in question and some preview pages below... 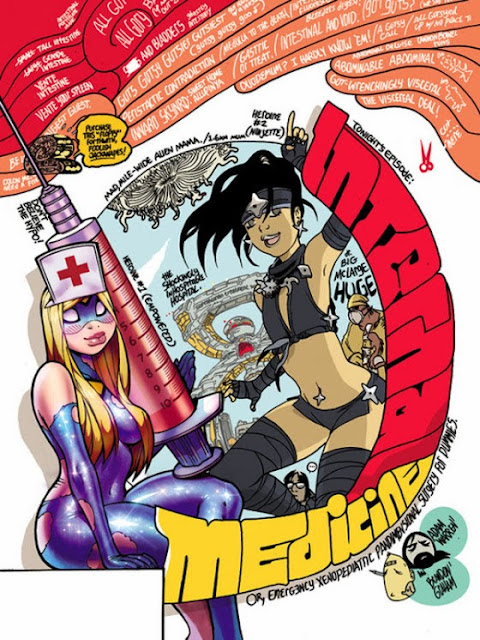 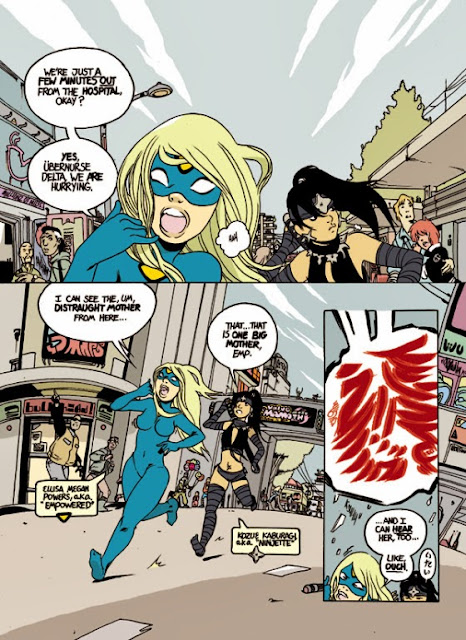 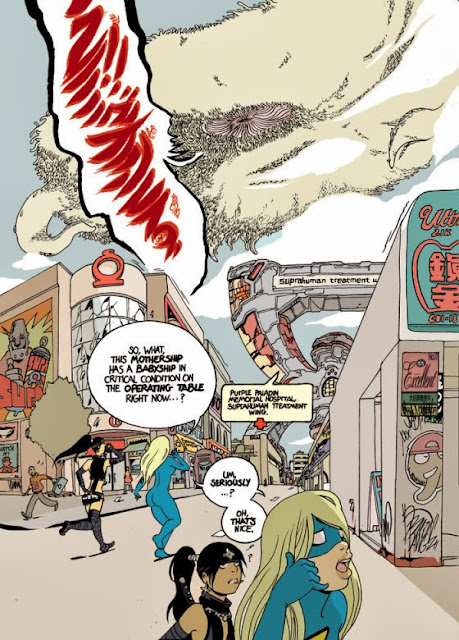 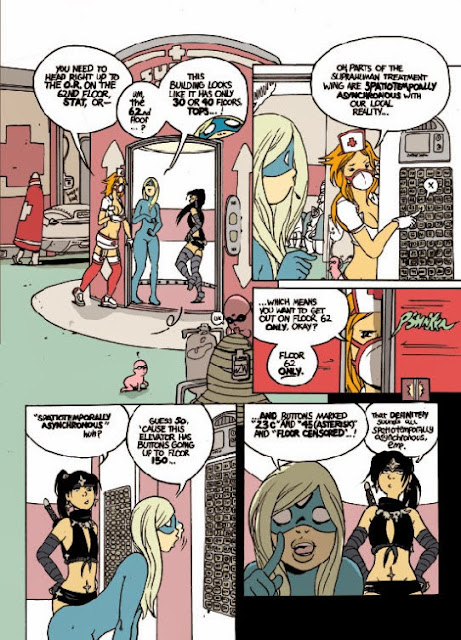 "It's been a huge deal to me to be able to work with an artist whose work I've been a fan of for so many years."
-Brandon Graham
As a fan of Brandon and Adam Warren, it's cool to see them working together. Warren is clearly a big influence on him, as anyone who reads Brandon's blog can attest.  He's obviously having a good time with this book. Click here to head over to Brandon's blog for more behind the scenes stuff, and quality blahzay blah from Brandon on Empowered: Internal Medicine, which is due out March 26th.
...
Are you still here? So yeah... While I was on his blog, I also swiped some more of his art, cause that's how the fuck I roll. Since you're still here, peep: 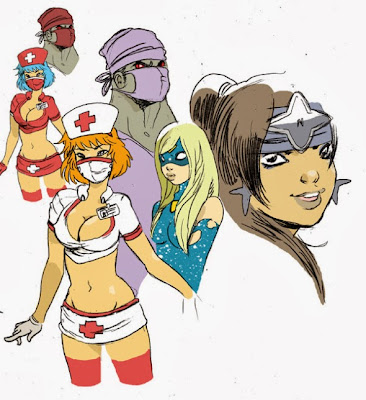 That nurse reminds me of Chris Sanders' (Lilo and Stitch) art style. I wonder if she has those cankles... 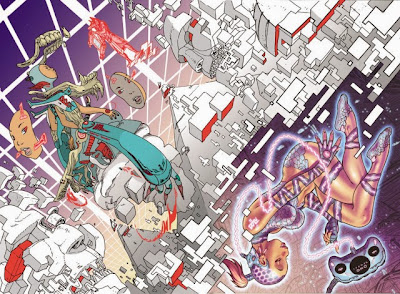 This one is a collab with Adam Warren and Simon Roy (Prophet, Jan's Atomic Heart) for some convention that I can't afford to go to... let's move on. I put the sketchbook stuff in here out of order, because I don't have time to really curate, but I wanted to share. 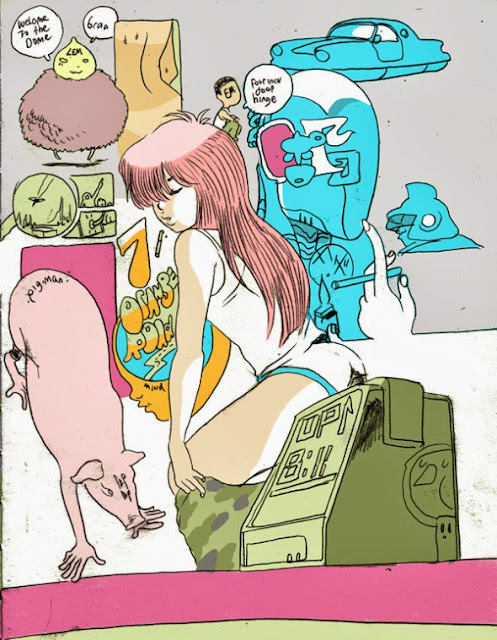 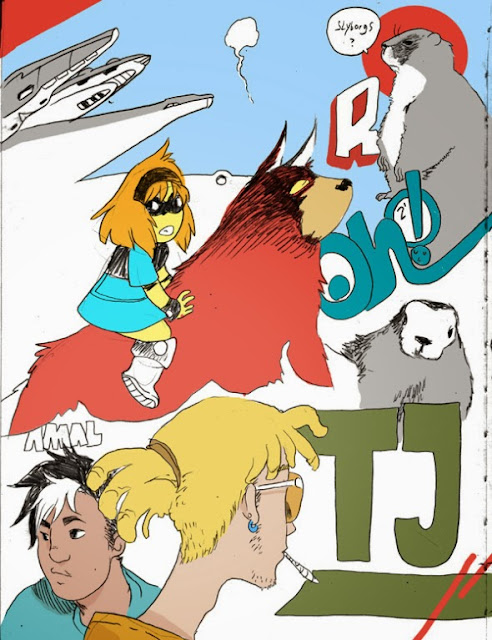 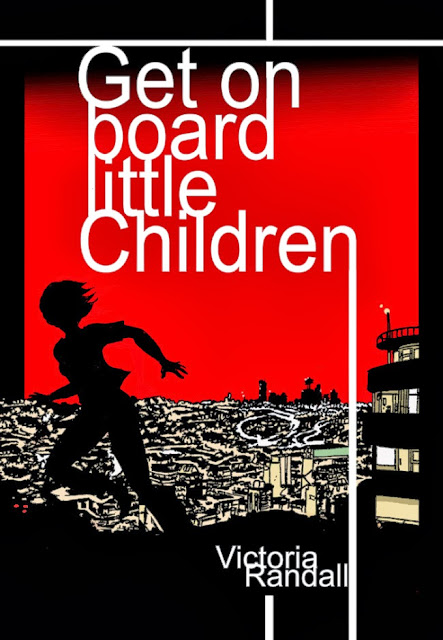 This is a cover to a book Brandon's mom wrote. Why does Brandon's mom have a different last name? Maybe "Graham" is his middle name? Maybe she got (re)married? Maybe you we should mind your own damn business? DING! DING! Her book's on Amazon, so if you collect Brandon's shit, this will get you props, son

.
Yeah. Here's some stuff Brandon drew for other comics. Go ahead and just google Burn the Orphanage and/or Comicopolis, and pretend I told you all about them... 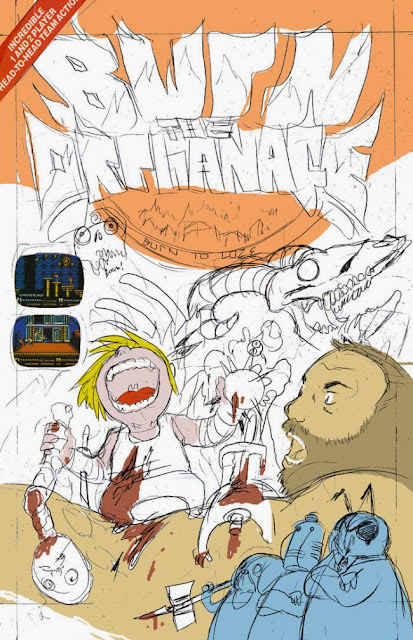 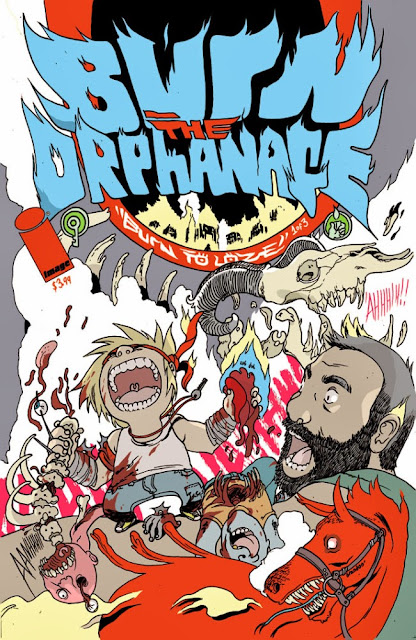 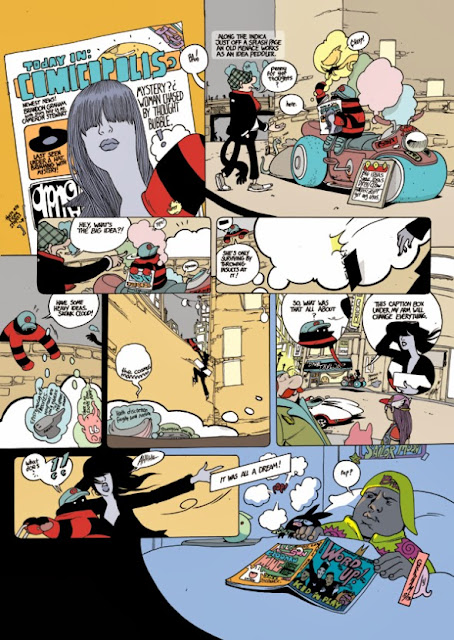 Here's some more sketchbook shit. Some of it has to do with Lady Gaga or something? I don't know. I wouldn't recognize Lady Gaga if I ran into her on the street, let alone by a drawing. Sorry. These sketches are cool, though. 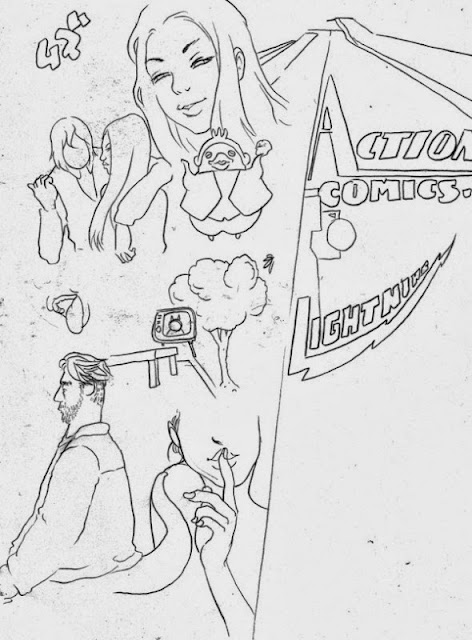 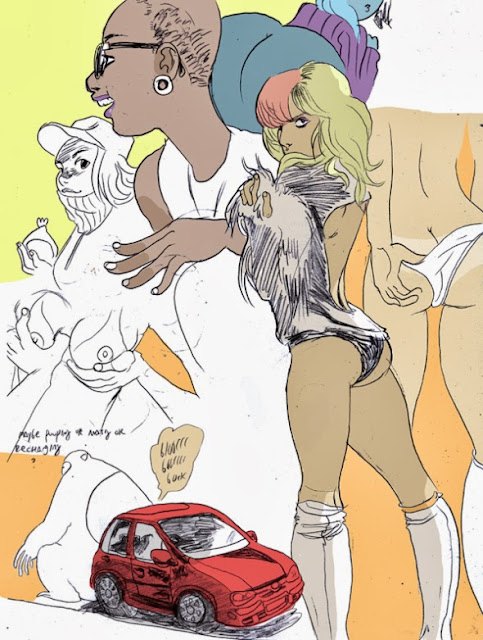 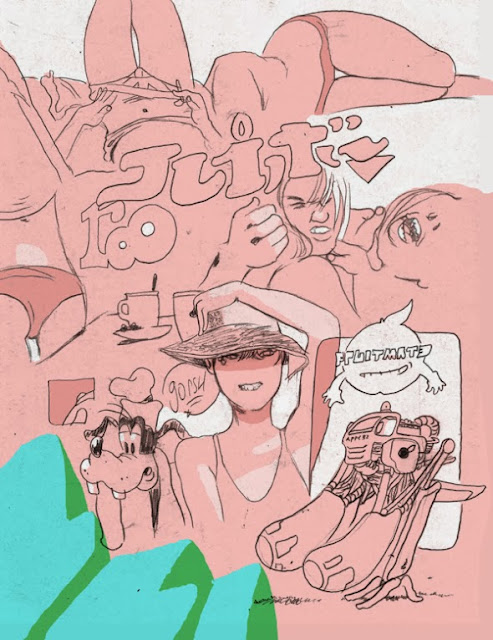 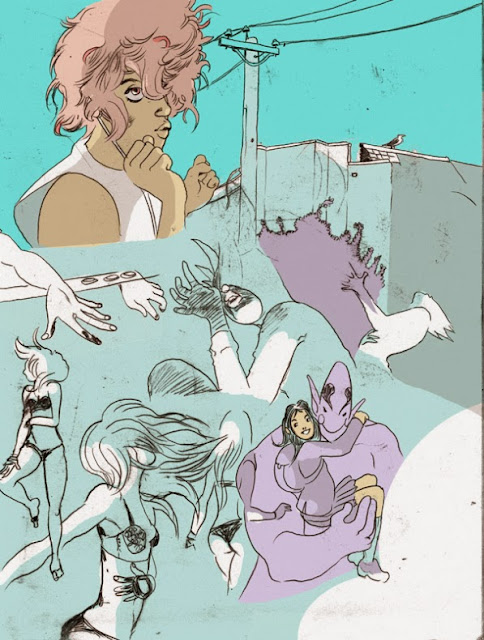 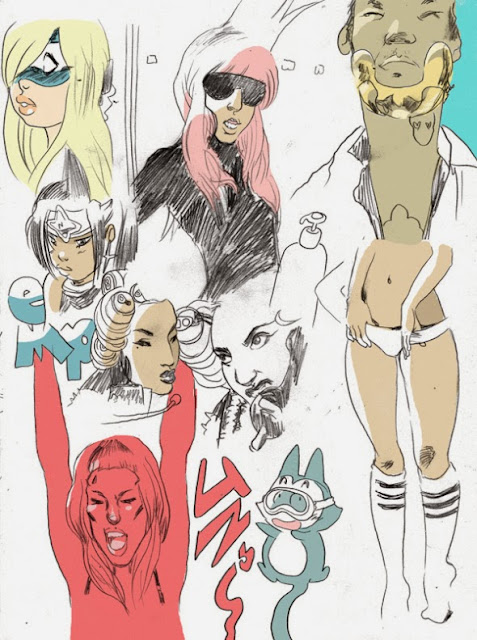 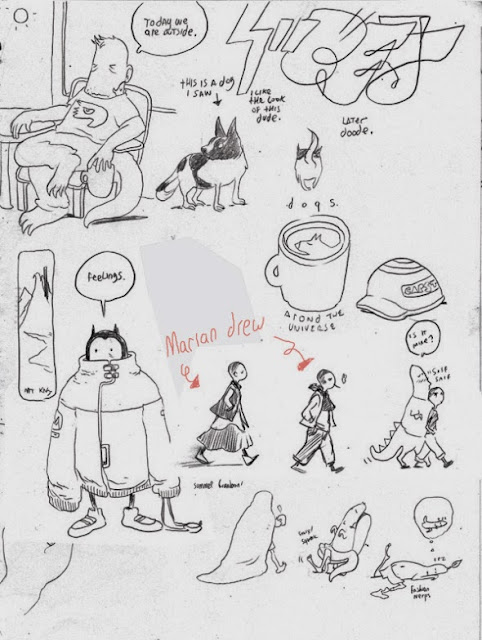 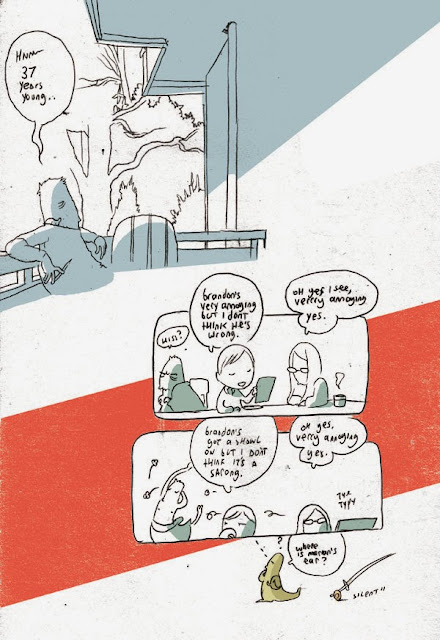 I love it when Brandon draws these silly little comics about him and Marian (his Eisner award-winning ladyhalf). I should do some of these with me and Charlene in them. I recently drew a one page comic for a client about her relationship with her boyfriend. It was fun. Anyways, here's a little more sketchbookery... 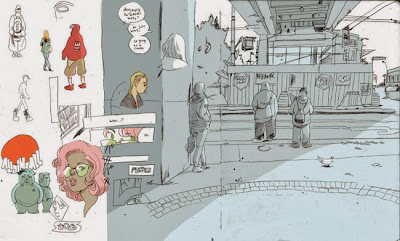 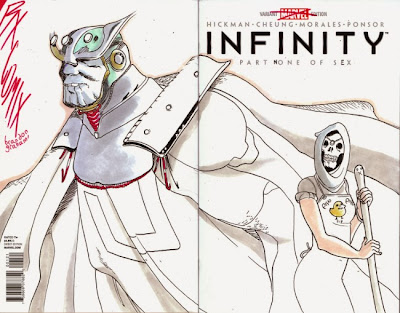 I love it when Brandon injects silliness into the uber-seriousness of Marvel happenings. I think the reason I like Adventure Time so much is that it reminds me of Brandon's comics. The older I get, the more I like comics and cartoons that combine action and comedy, especially when they do both artfully... Not saying that brand of waka waka is unique to Brandon, but his work definitely exemplifies it.
But that's a whole 'nother thing I guess. So this started out to be a quickie and turned into a longish post. I appreciate you for sticking around until the end. Get at me in the comments, via GeePlus, or on the Facebook or Twitter machines if you are so inclined.
Thanks for reading, and have a nice day!-samax.
Samax Amen draws people, places, and things for fun and profit. Whenever possible, he makes them awesome. He's threatening to bring back his freestyle comic SPONTANEOUS in 2014, but we aren't holding our breath...
GhettoManga.com
comics. hiphop. news. art. culture
edited by Samax @ 11:56 AM

Great review. Been a fan of Graham's for awhile now, since King City.

Yeah, Brandon is the shit. Thanks for stopping by!