What are your thoughts on Felipe Smiith and Tradd Moore's ALL NEW GHOST RIDER designs? 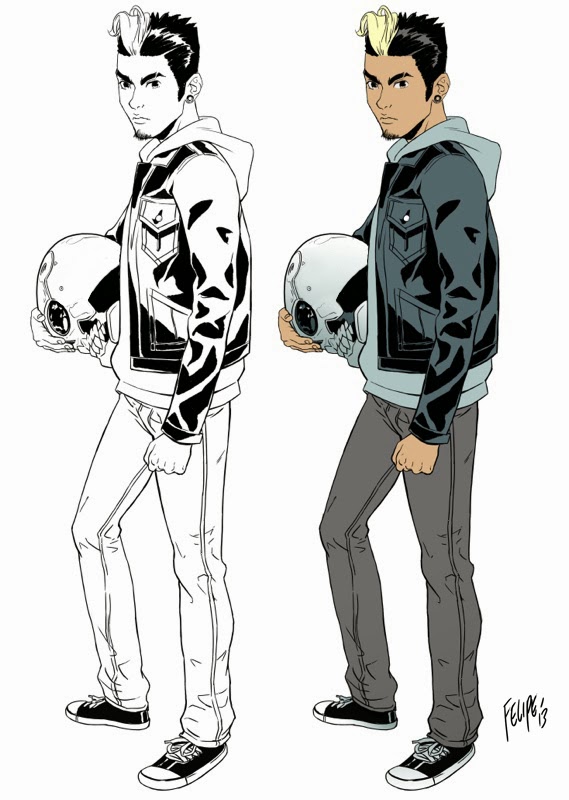 Here's a shiteload of pre-production art for Felipe Smith and Tradd Moore's upcoming All New Ghost Rider comic. Besides the fact that his civilian persona Robbie Reyes is obviously based on my west-coast homie and GhettoManga contributor Eric M. Esquivel (Blackest Terror, Thor:Unkillable Thunderchrist, FREELANCERS, Loki: Ragnarok and Roll), what do you think of the direction the latest incarnation of Marvel's revanent road warrior? 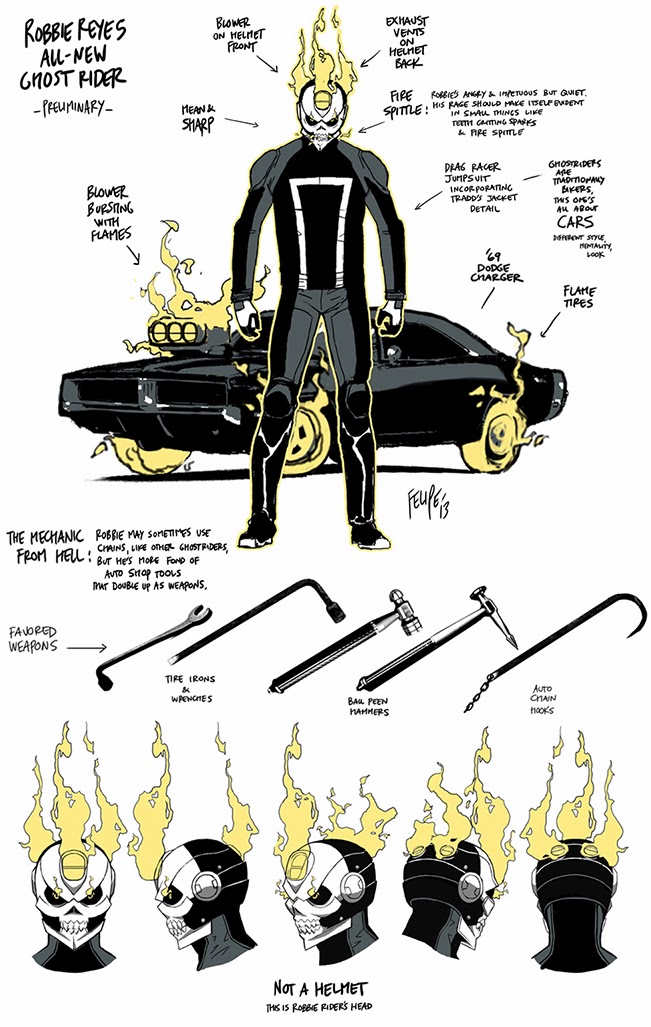 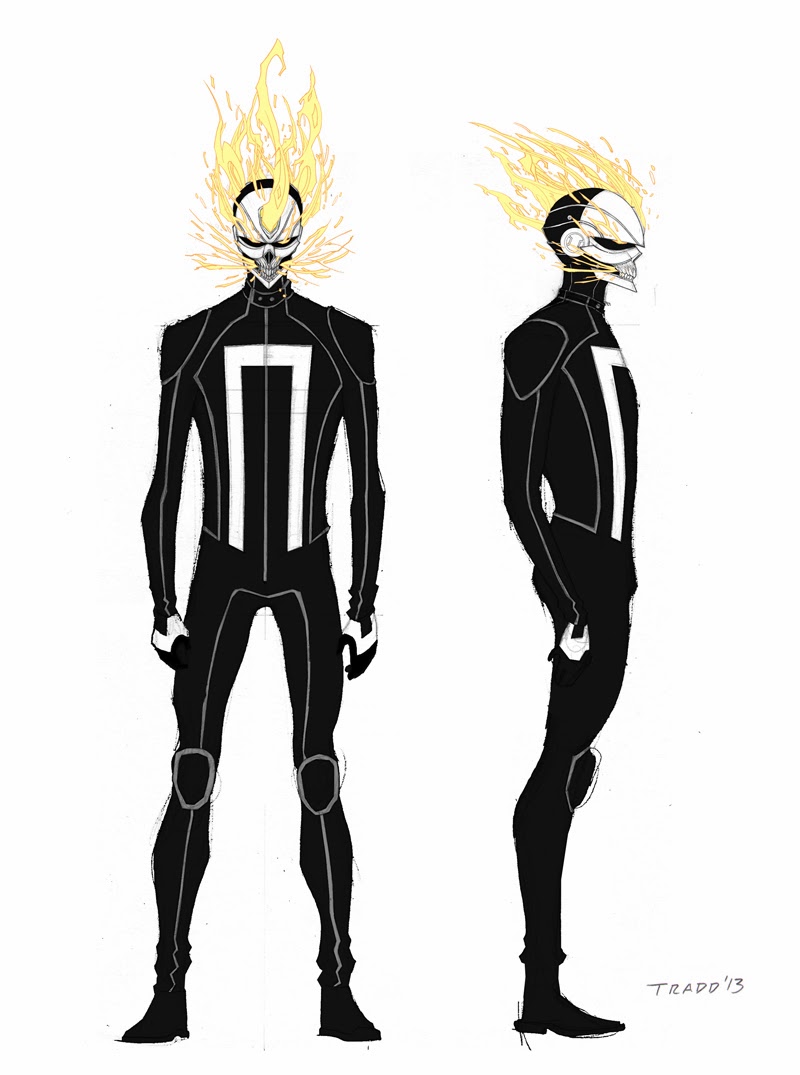 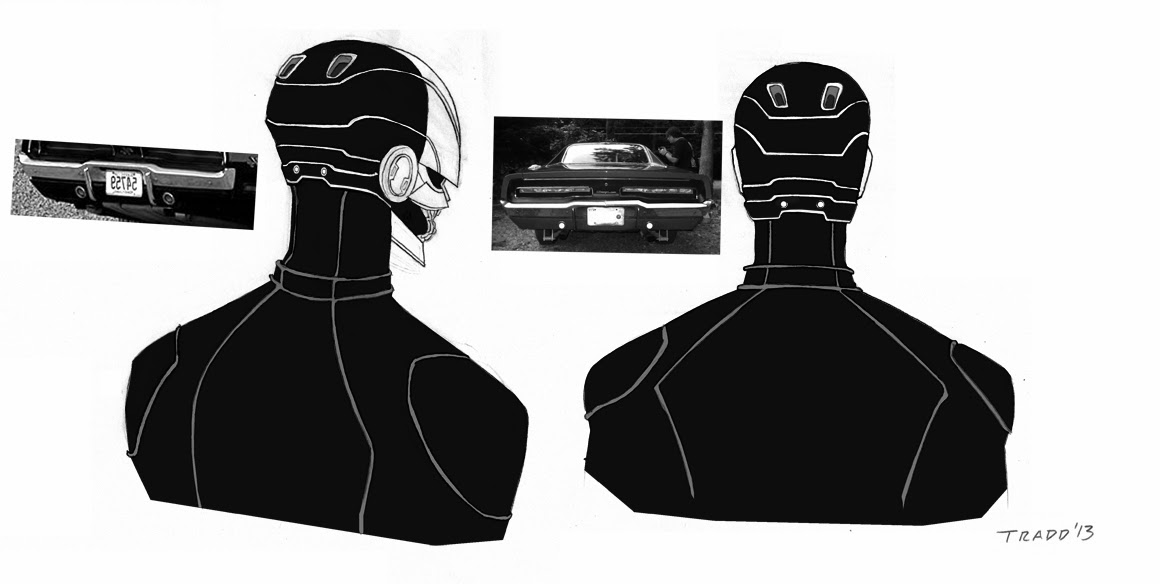 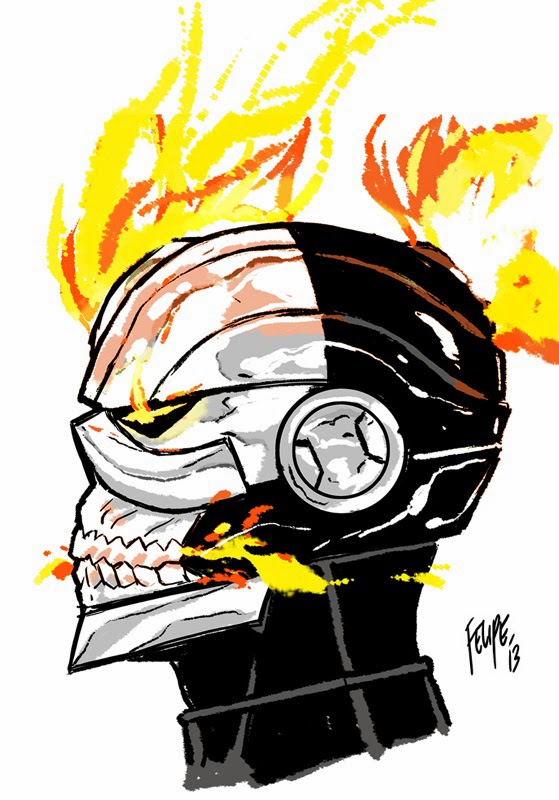 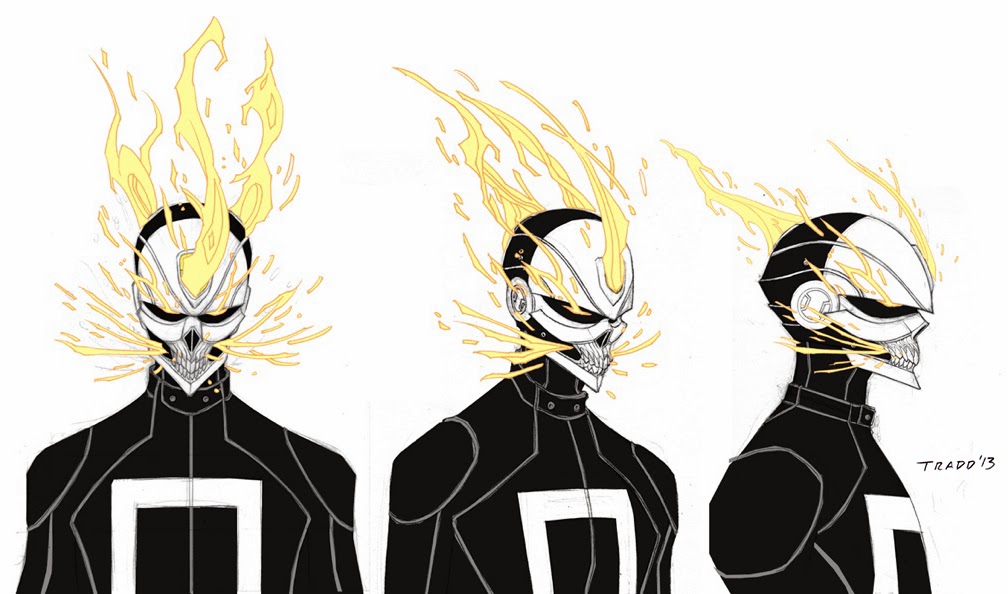 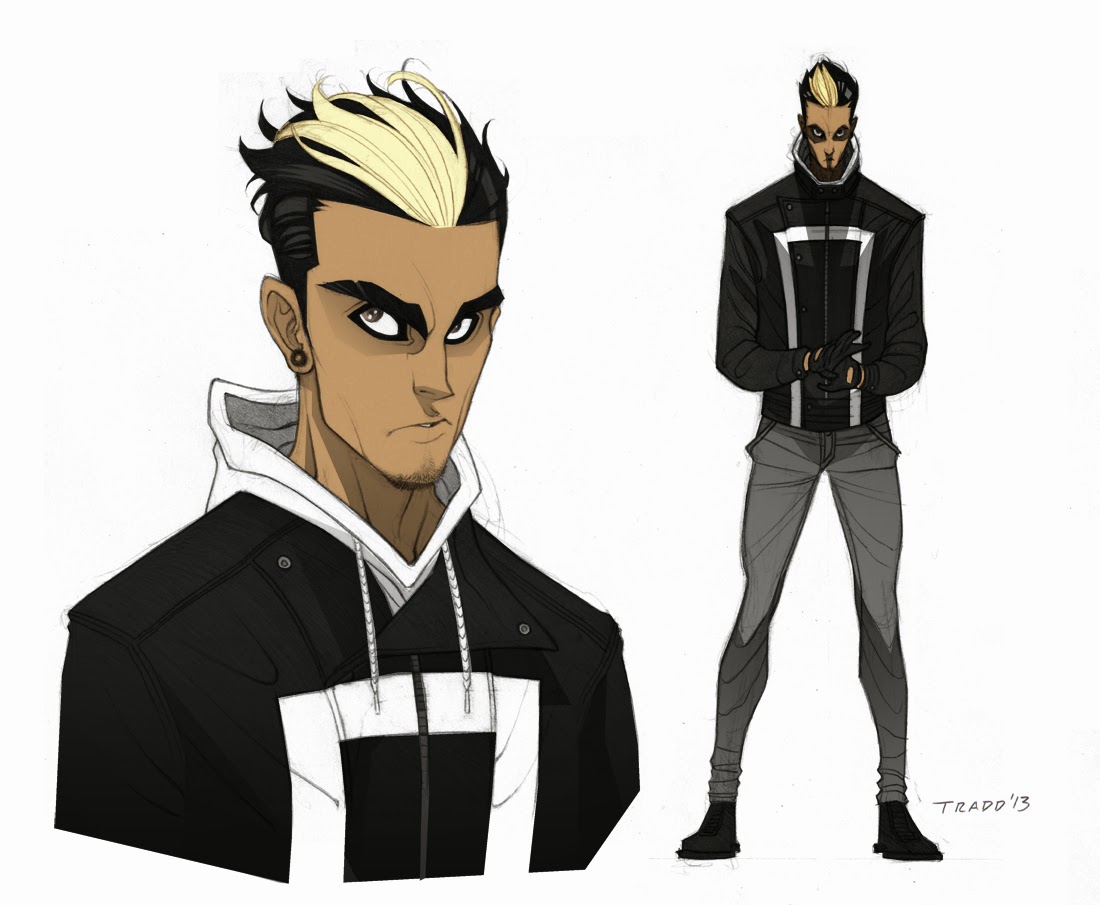 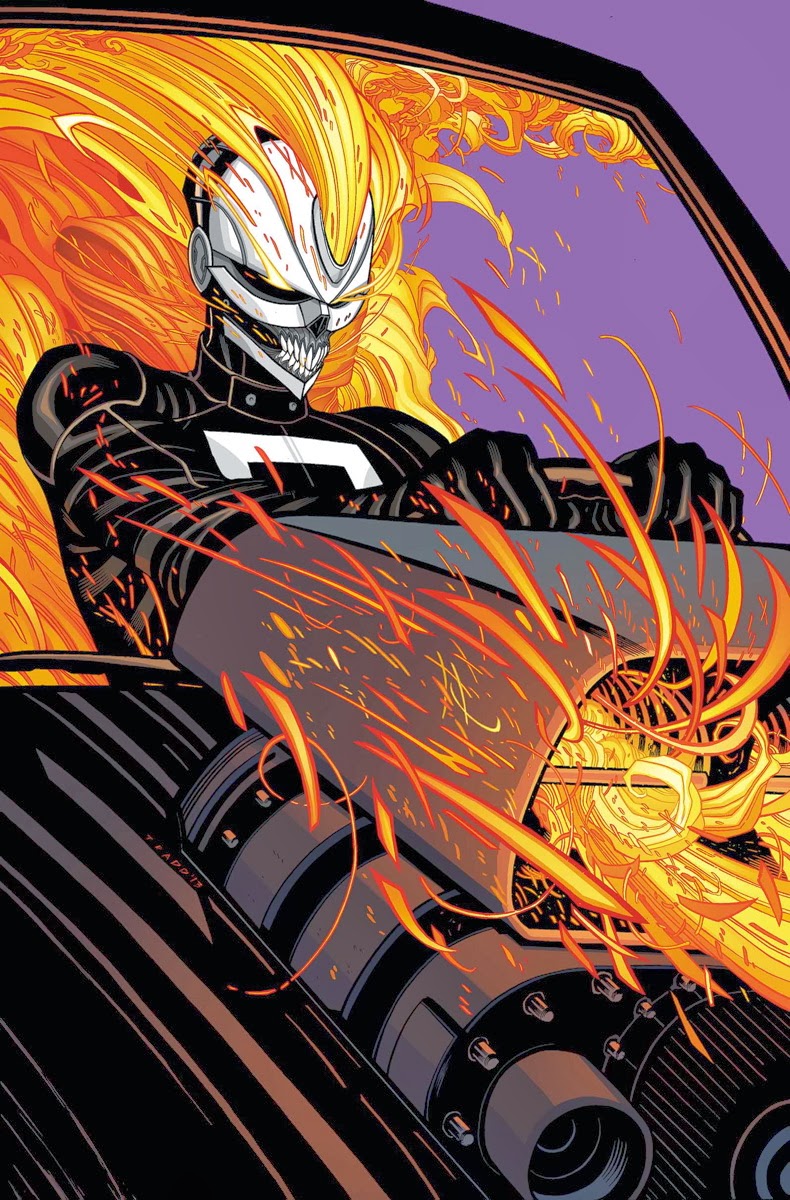 I know how I feel about all this... but I'm really curious to hear what my peoples are thinking about the impending All New Ghost Rider launch. I will just say that it reminds me of Bachalo's Ghost Rider 2099, which deserves a blog post of its own, but yeah... Get at me in the comments (or on Twitter, Facebook or GeePlus) and let's talk about it.
holla...
-samax.
Samax Amen draws people, places and things for fun and profit. Whenever possible, he makes it awesome. Because you demanded it (well, maybe not YOU, but somebody did), his freestyle comic Spontaneous will be returning this year. He also wants to draw at least 14 album covers in 2014, so click here if you need album art.