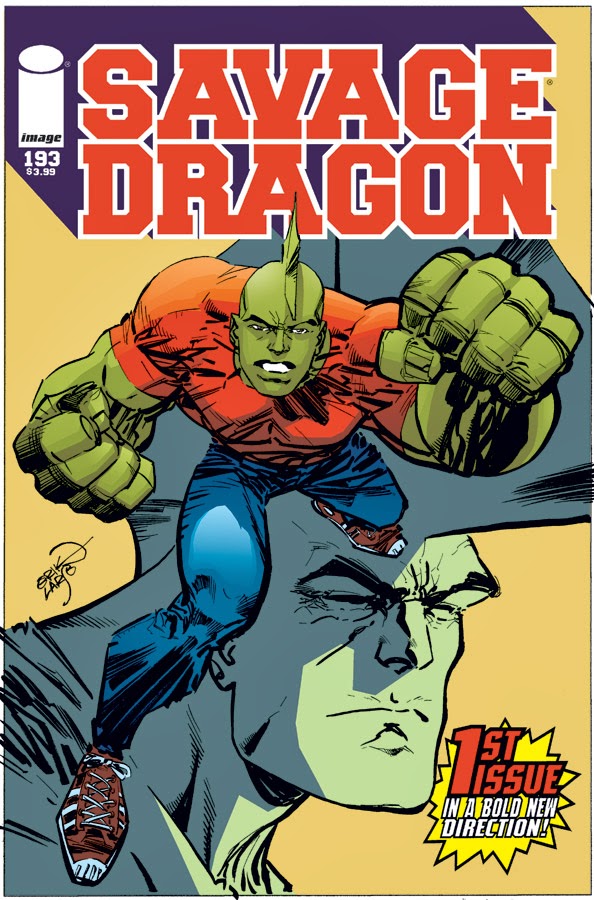 Starting with the current issue of Savage Dragon, the starring role is being taken over by Dragon's bi-racial son Malcolm. True to form, Erik Larsen handles the politics of race as only he can...

Here's the sales pitch:
A NEW BEGINNING!
It’s the ultimate jumping on point for new readers and a bold new beginning as Malcolm Dragon takes over the title role from his famous father.
Malcolm Dragon is not your typical teenager. He lives in an apartment by himself in downtown Chicago, he's a junior who's just transferred to a new high school, and he's trying his best to fill the shoes of his father, the Savage Dragon, fighting the forces of evil in the Windy City! New dangers! New adventures!
Get in on the ground level of a whole new SAVAGE DRAGON! 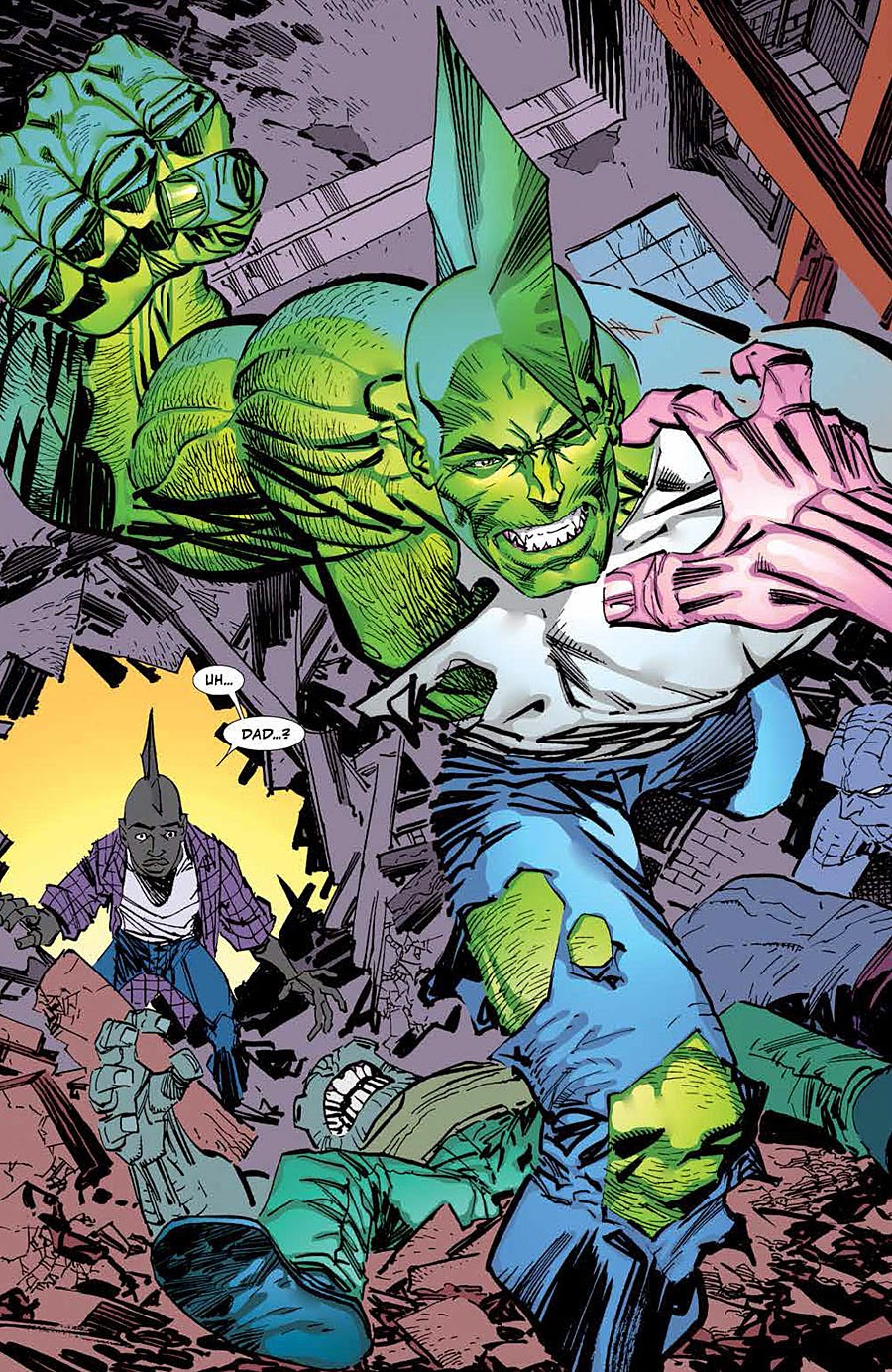 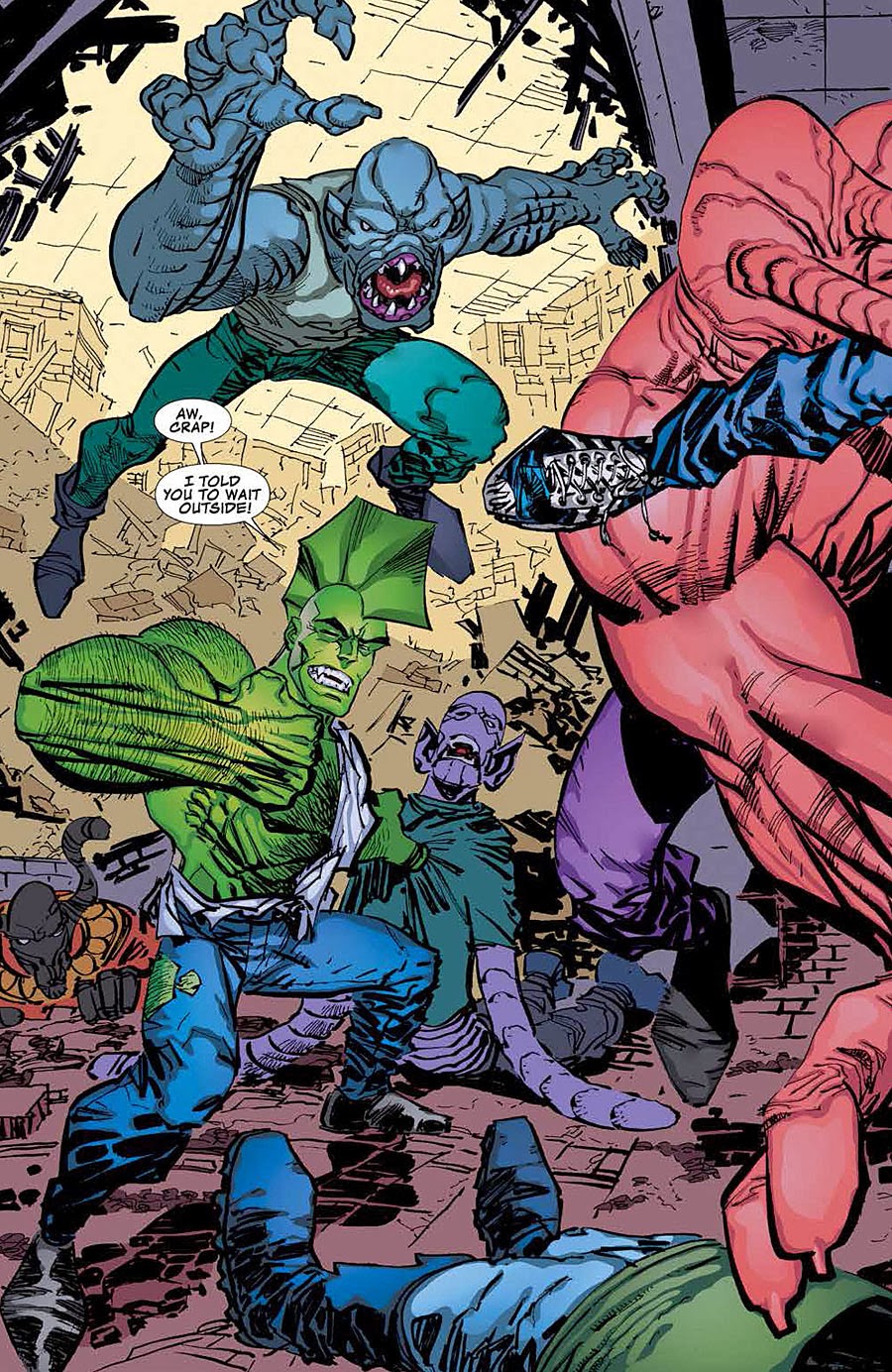 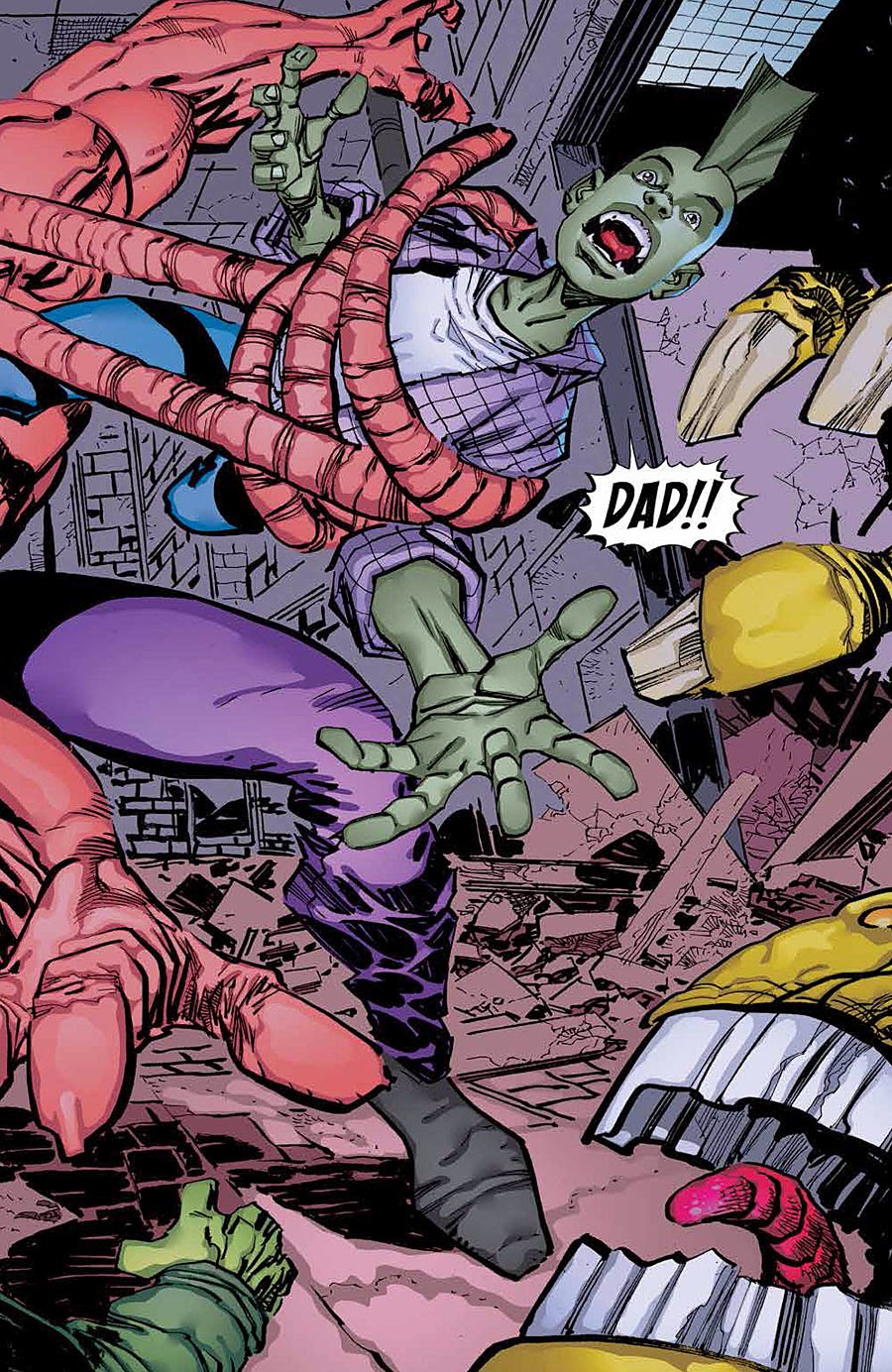 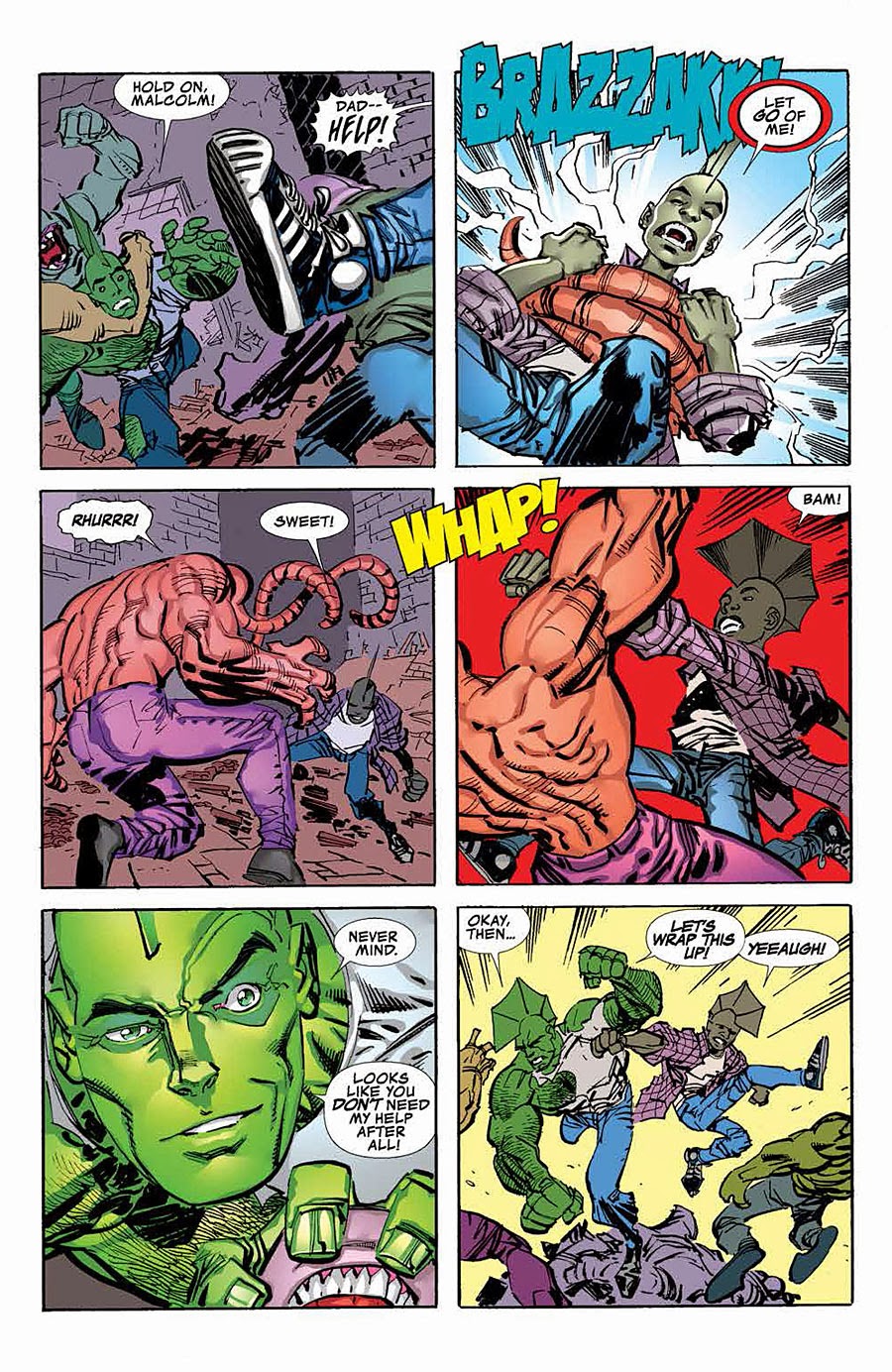 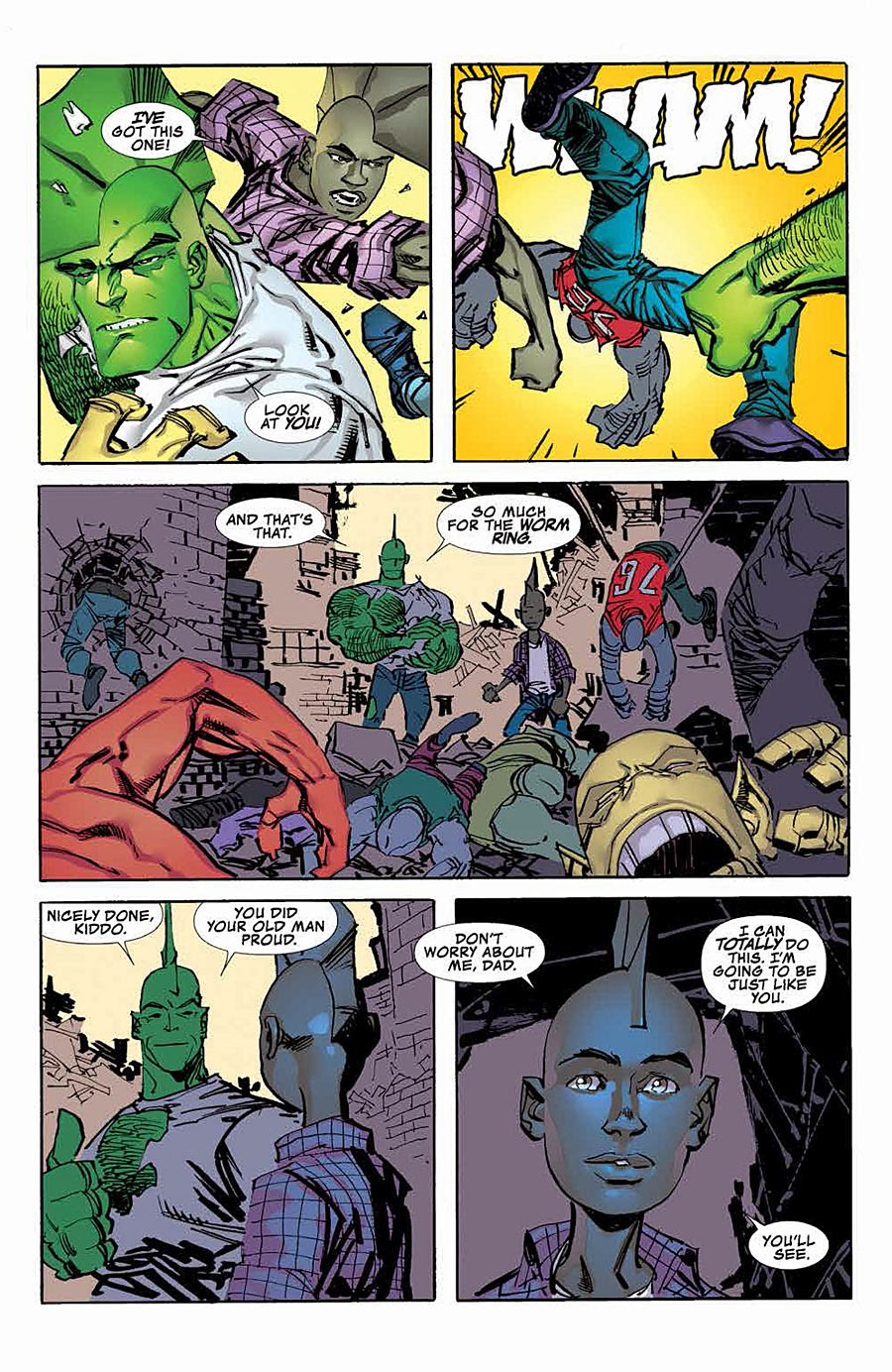 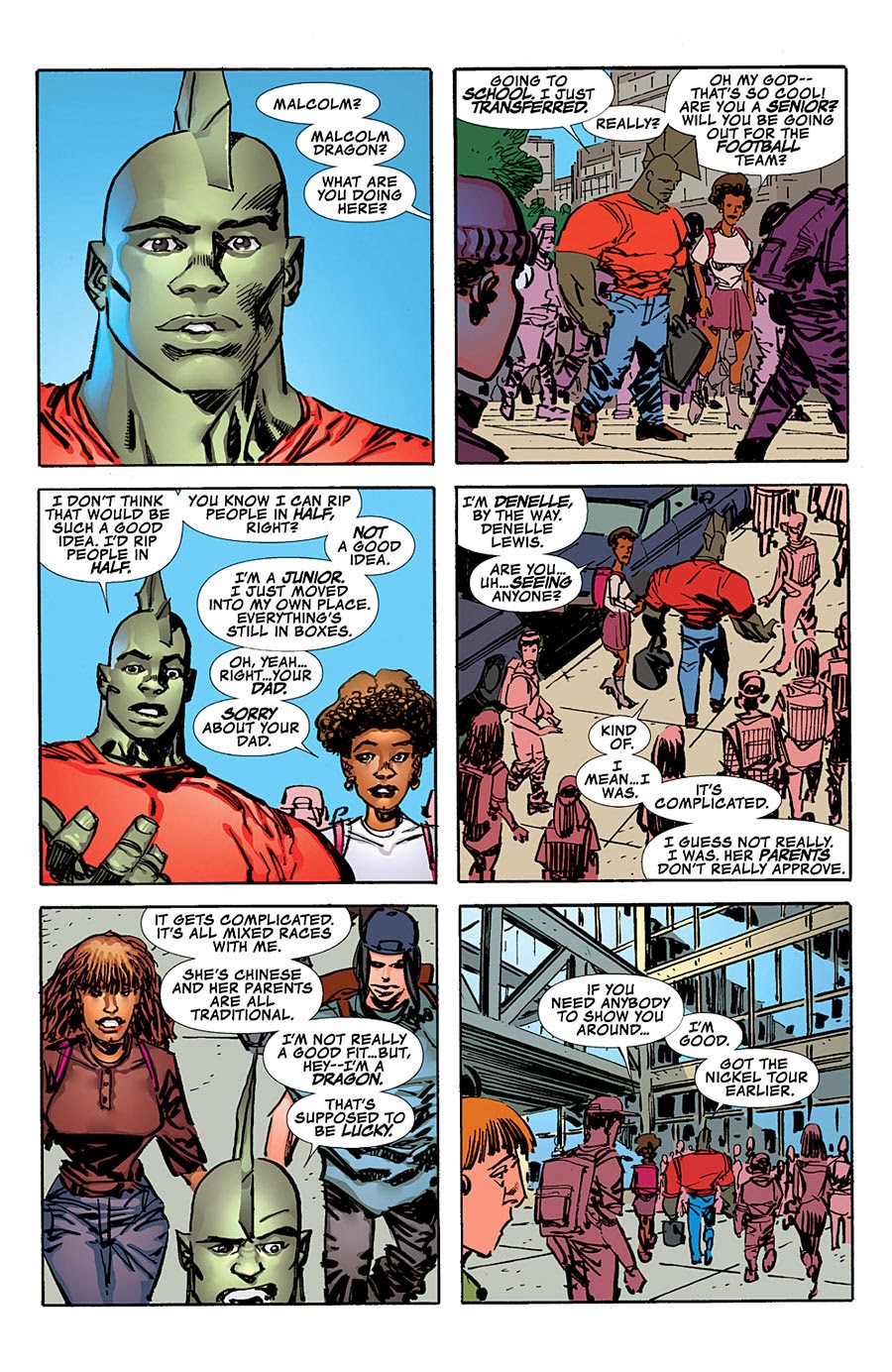 I guess this is the part where I tell you that I love Erik Larsen, but I don't buy his comic. Well, not regularly... See, if Image Comics was the Wu-tang Clan, Larsen would be Ghostface. He's weird, eerily consistent, and never the dude you would expect to have the most staying power, but here he is! Long after the other Image founders started spinning off titles and hiring others to write and draw their characters, Larsen is still writing, drawing, and inking Savage Dragon, and it still feels like he is having the time of his life. Savage Dragon is equally unpredictable and self-indulgent. It wouldn't surprise me to find out that Larsen was just making it up on the fly as he goes. 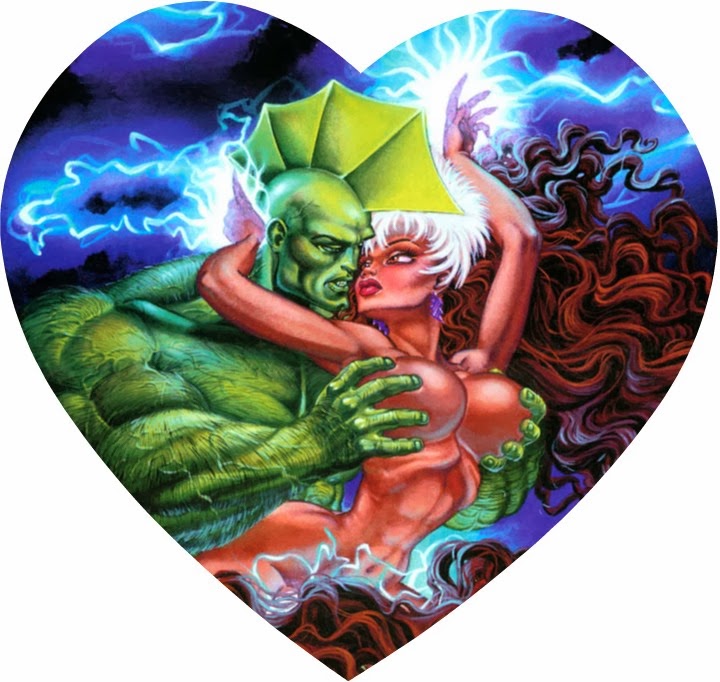 With Savage Dragon Larsen blends opposing elements - nostalgia and modernity, innocence of youth with ultraviolence and sex- to create his own unique voice. Every now and then I pick up an issue, just to see what is going on with Dragon, and while I always enjoy it, Larsen is a bit much for monthly consumption. Still, as a waffling cartoonist myself, I just applaud his commitment to the Dragon, and how he has taken a simple, unpretentious concept and ran with it so long. 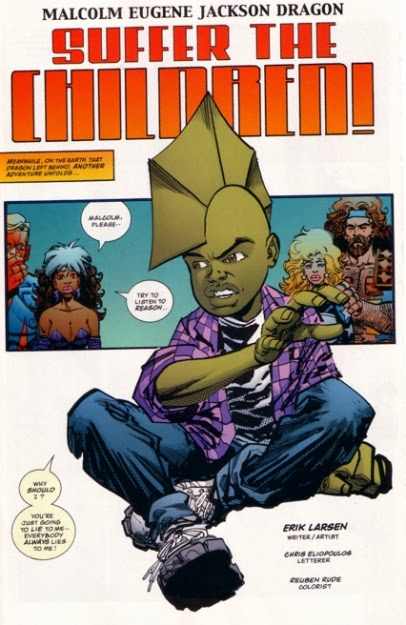 I vaguely remember learning of Dragon's lanky son Malcolm (conceived with long-time girlfriend and fellow superfreak, Rapture) in one of my single-issue visits to the comic a few years ago. I took it as just another goofy-yet-brilliant riff by Larsen, and never considered that Malcolm would eventually take on the starring role of the book. I guess I'm gonna hafta scrape some pennies together to go make another visit to Larsen's super villain-infested version of Chicago to figure out what happened to the elder Dragon, and see what the kid is made of.
What's your thoughts about this new direction for Savage Dragon? Do you have a favorite moment from his dad's adventures? Feel free to sound off in the comments below, or on Facebook, Twitter, or Google Plus.
...
-samax.
Samax Amen draws people, places and things for fun and profit. Whenever possible, he makes it awesome. He loves comics and hip hop equally, and wants to draw at least 14 album covers in 2014 to prove it, so click here if you need album art.

I posted my review, and linked to this one. I enjoyed it. Not quite ready to commit to being back to buying this title regularly yet, but I'll also get the next issue, and see how that goes. Like you, I've always been impressed with Larsen's dedication to this title. I love that he's stuck with it (possibly to his detriment, as he might have been more successful going back to write and draw some stuff for Marvel or DC over the years). But he always said that his long-term goal was for Dragon's son to take over the title, I just didn't think it would be this soon. I figured it would be when Dragon was older and the son was an adult, not while Malcolm is still a teenager. So that's why I just had to give this a shot when I heard about it.

Plus, you know I try to support "Black" comic-books. :)

Ha ha! Exactly. I had no idea about Malcolm, so you can see I haven't been paying attention. I love Larsen on gp, though. He's looney. Glad he passed on returning full time to mainstream books. Who needs that?

I'm a little let down that his son's physique is so Dragonesque. I liked lanky Malcolm.