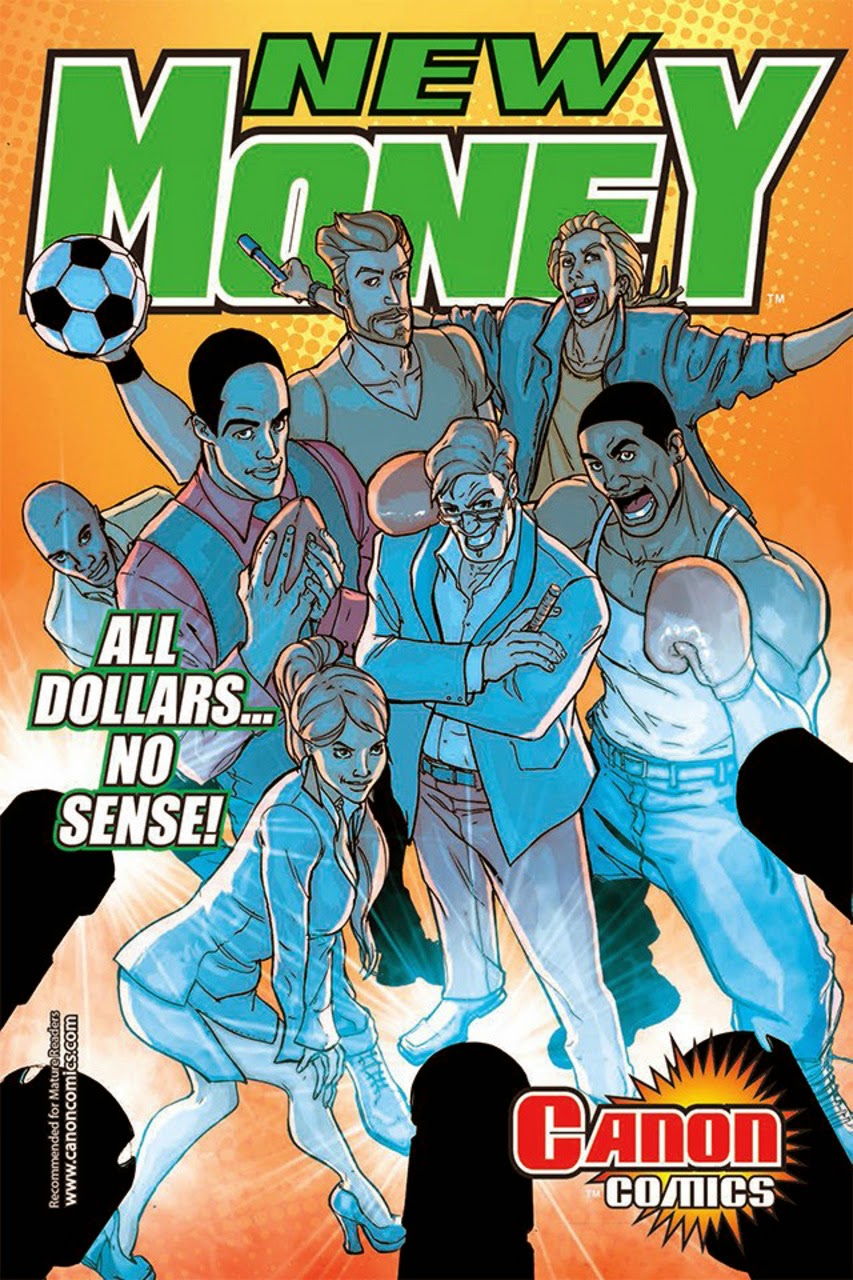 There's not enough comics about sports in America, so I was very interested to show you New Money #1,  the brand new joint written by NFL vet Phillip Buchanon 'longside Hannibal Tabu, with art by N. Steven Harris (The Fringe, Watson & Holmes).


Here's the sales pitch:
Kash and Burn
When professional boxer Kameron Kash, NFL player Broderick McFadden, soccer star Mike Lion and singer/entertainer Marley White get signed to exclusive contracts...they start to make dollars, but not a whole lot of sense! It's the beginning of NEW MONEY, a new creation from the mind of NFL superstar Phillip Buchanon that shows what can happen when you get too much, too fast, too soon! 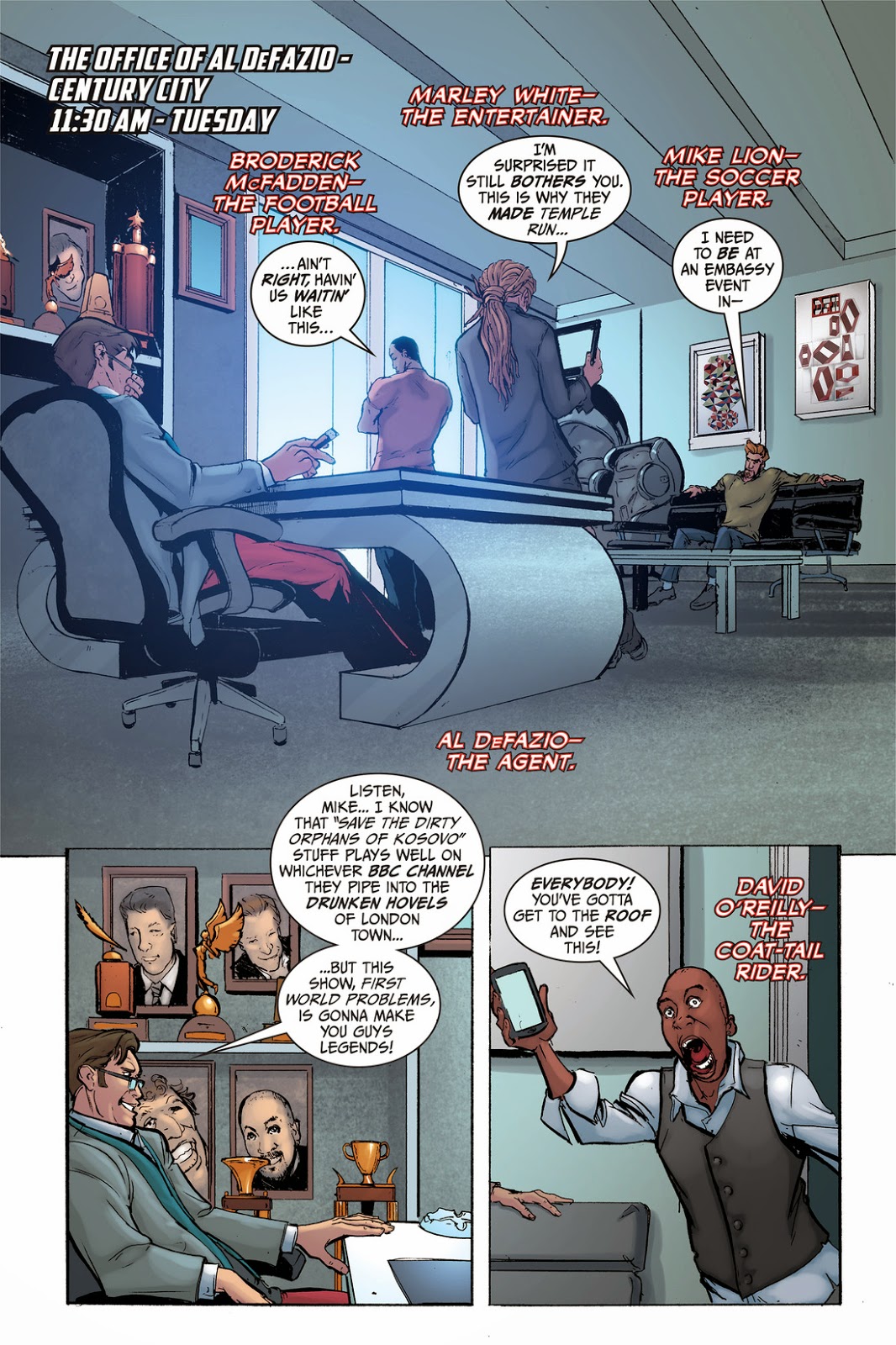 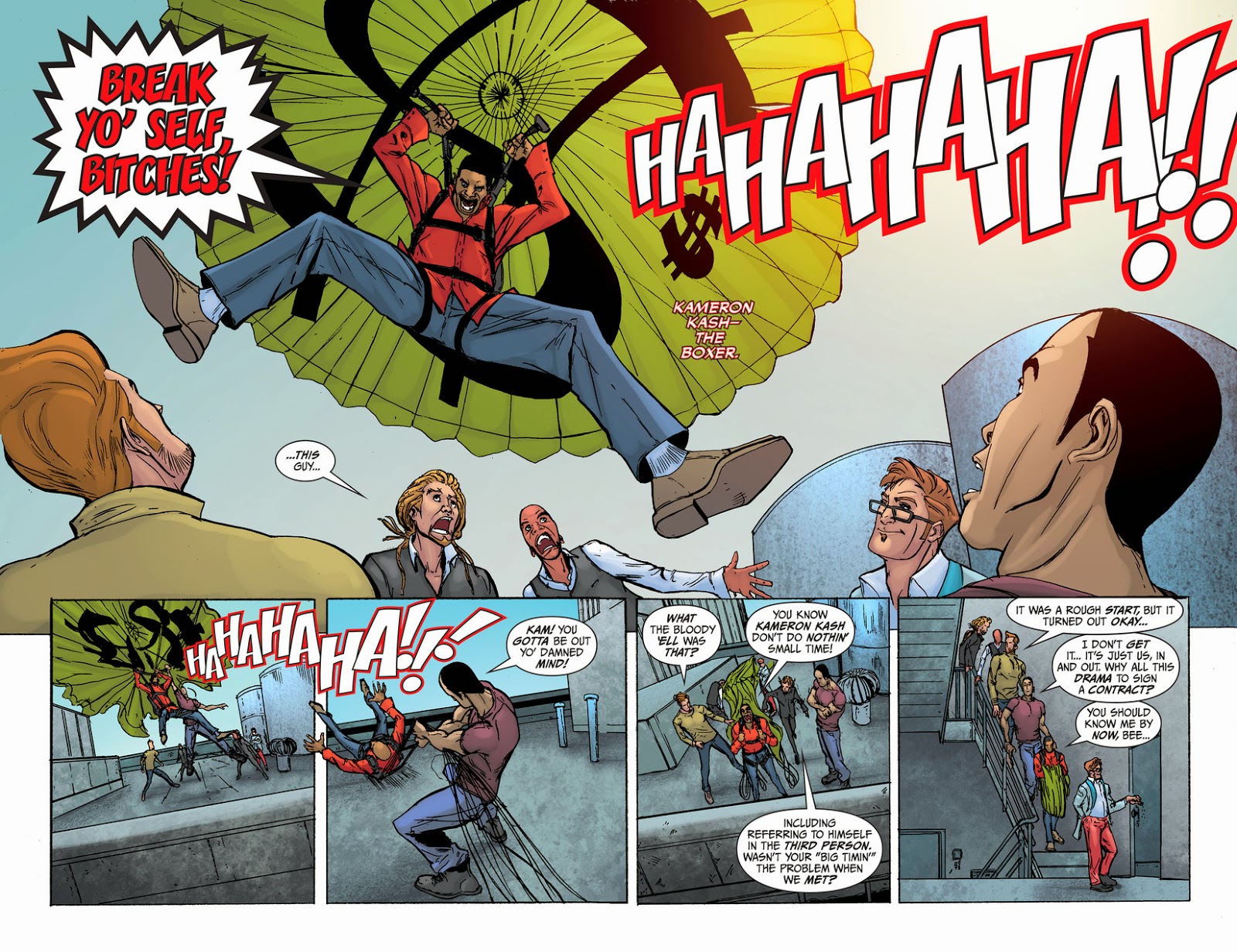 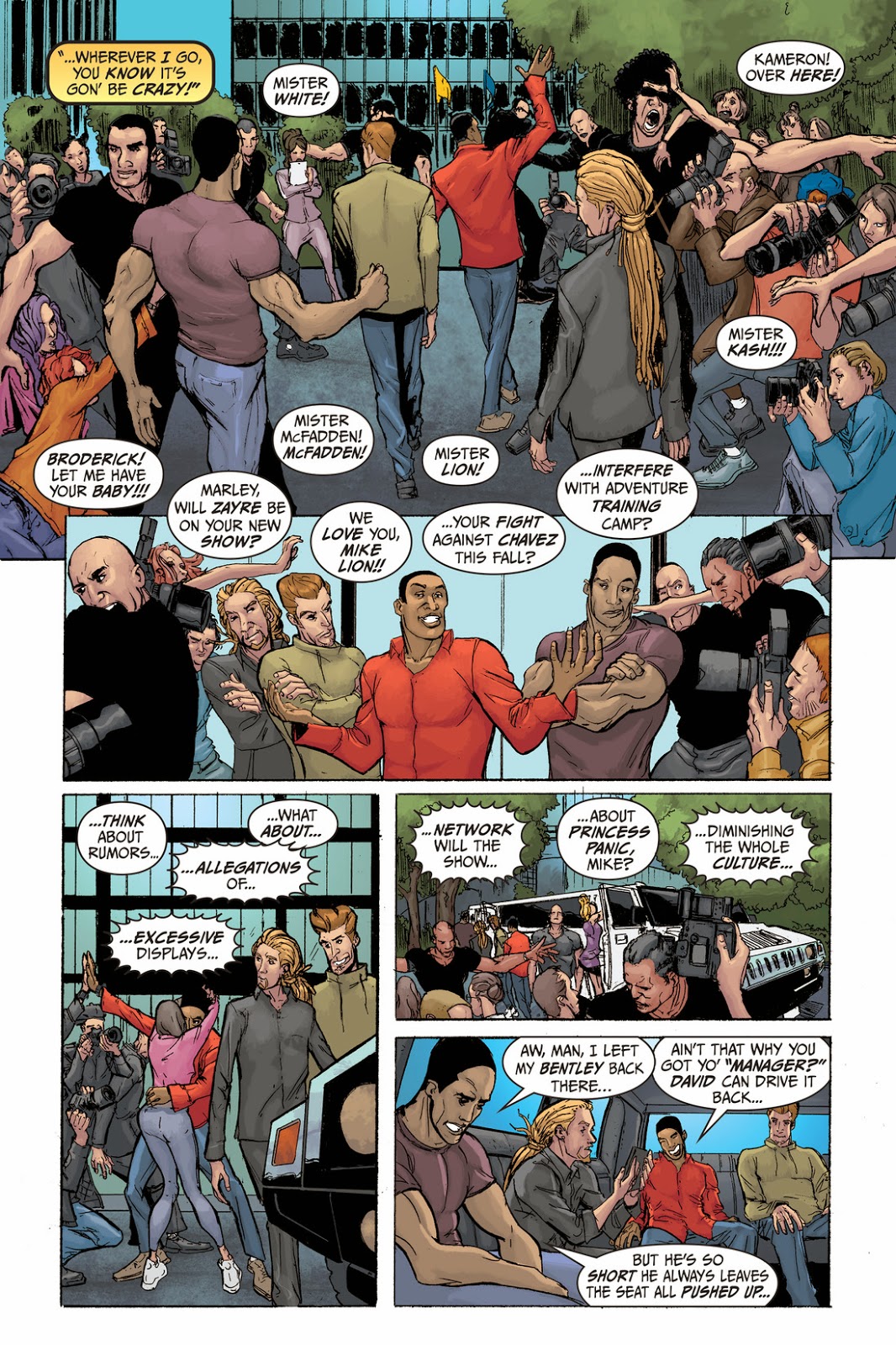 This looks very funny. I haven't read New Money myself yet, but I'm interested to see where they go with this. I am a huge fan of self-publishing and new blood coming into comics, because the major companies only seem to want to publish the same stories over and over. That's fine for them and their fans, but the rest of us in the industry are going to have to figure out how to turn other readers on to comics, so that the audience can grow. By learning to serve the diverse audiences of other popular genres like sports and comedy, indies can add to both the content and consumption of the medium.
It doesn't hurt that Canon Comics is offering New Money #1 for 99 cents on Comixology either. It's no secret that I'm an advocate for cheaper comics as a way to enable growth and sustainability in our industry. In the early stages, there was a real reluctance to offer low prices on digital books, so it's good to see more 99 cent joints on Comixology. So anyways, CLICK HERE to check out New Money, and let us know what you think!
Peace,
-samax

Samax Amen draws people, places and things for fun and profit. He is the artist of many great comics you never heard of like Herman Heed, Champion of Children, The Brother and The World As You Know It. He even writes and draws his own comics, like Dare: The Adventures of Darius Davidson, Spontaneous, and Manchild when he gets around to it. Because making comics is hard and stuff, he started GhettoManga as a blog in 2006 and as a print magazine in 2008.
GhettoManga.com
comics. hiphop. news. art. culture
edited by Samax @ 11:29 AM