"I'm tryin'a send my babies to college, While you rappers' babies sift through yo pockets..." @MethodMan 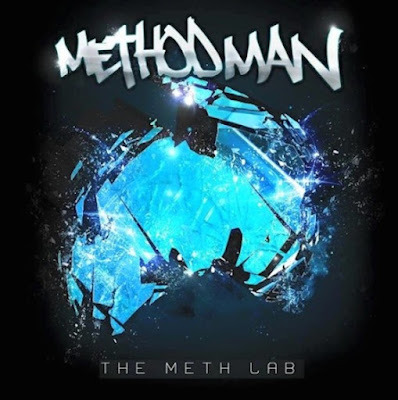 I wasn't terribly impressed with this animated trailer for The Meth Lab, the upcoming album from Method Man, but that doesn't mean I don't smell what the Ticallion Stallion is cookin'. Stream the animated trailer, the title cut, and a dope promo track below...

Huh. Here's a promo joint I copped via some nifty googling.

Meth going hard on that 88 Coupes beat by Harry Fraud... SICK!
"I'm tryin'a send my babies to college/
While you rappers' babies sift through yo pockets/
I want your life or your wallet"
-Mef*
Dope. This mixtapeish joint's got all the ingredients for a banger. Method Man just needs to have his team figure out how to make 7-10 more like this, and The Meth Lab will be another classic. Her's what I hear in this track that needs duplicating:

Then again, I'm not sure if The Meth Lab will resound with today's mass rap audience, even if he manages to grind out a classic record. On the one hand, I think a lot of the core Wu-tang fan base has simply aged out of this kind of music. As much as heads wine about "rappers today", my generation can come up with excuses not to buy dope new records like nobody's business! On the other hand, young audiences seem satisfied with autotuned rap singers in tight pants, leopard print, and diamond-encrusted accessories that rap almost exclusively about girls' pelvic areas (with varying amounts of tears in their eyes).

But here's hoping The Meth Lab enjoys sales proportional to its dopeness when it arrives this August.

Samax Amen draws people, places and things for fun and profit. He is the artist of many great comics you never heard of like Herman Heed, Champion of Children, The Brother and The World As You Know It. He even writes and draws his own comics, like Dare: The Adventures of Darius Davidson, Spontaneous, and Manchild when he gets around to it. Because making comics is hard and stuff, he started GhettoManga as a blog in 2006 and as a print magazine in 2008.
GhettoManga.com
comics. hiphop. news. art. culture
edited by Samax @ 2:38 PM