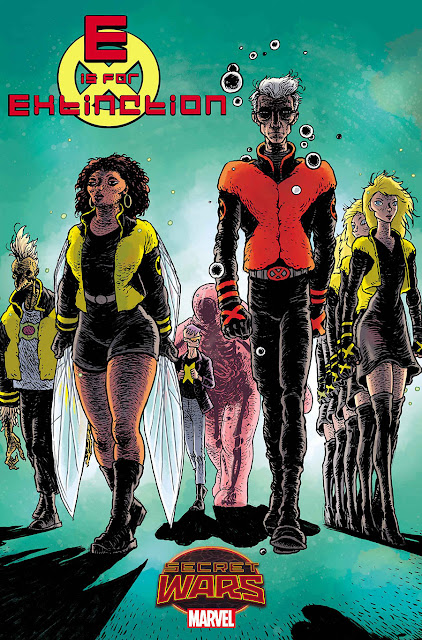 Just between you and me, the last time I was REALLY excited about the X-men was during Grant Morrison and Frank Quitely's mind-melting run on NEW XMEN, so my eyes bugged out when I saw the cover to E is for Extinction #1, which explores the Secret Wars remix planet dedicated to the Morrison-Quitely era of Marvel's Merry Mutants. Here's a letter-free preview!

The sales pitch:
Ask yourself – what happens in a world where mutants prove once and for all they really are Homo SUPERIOR? Today, Marvel is pleased to present your new look at E IS FOR EXTINCTION #1, an explosive Secret Wars series debuting this June! Be there as creators Chris Burnham and Ramon Villalobos return you to one of the most groundbreaking and beloved X-Men eras of all time on the surface of Battleworld! What happens to the X-Men when they no longer fight for a world that hates and fears them, but for a world that wants to be them? More importantly – what is Magneto doing running the Xavier institute?! The world may be a utopia for mutants, but there are still those who seek to crush Magneto and his team of New X-Men. Together they’ll face down the villainous U-Men, and even….the original X-Men?! The sparks will fly this June, so strap in and prepare for a thrill ride as Burnham and Villalobos flip the X-Men on their heads in E IS FOR EXTINCTION #1! 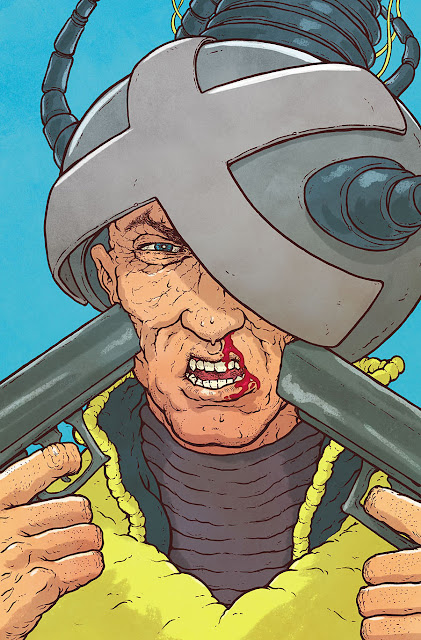 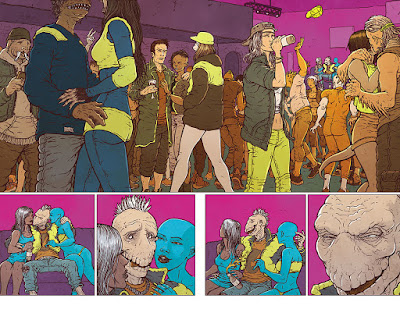 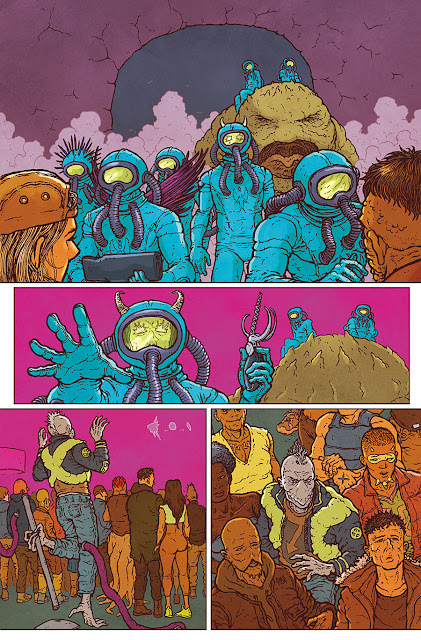 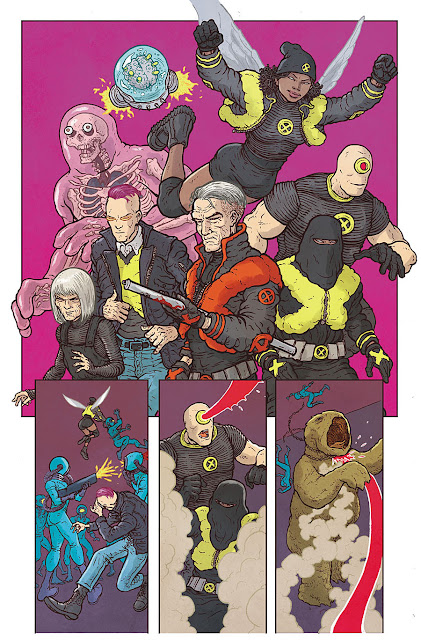 I loved everything about New X-men: E is for Extinction, and was kind of insulted when Morrison left the book and his work was promptly brushed aside. It was hard to sustain interest after that. Not that the work that followed wasn't good, but my mind was not done with Morrison's take. So I am happy to see the House of Ideas throwing this against the wall, even if I know it won't stick. 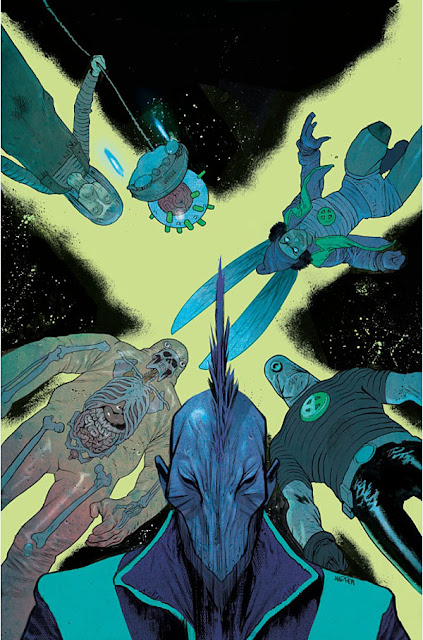 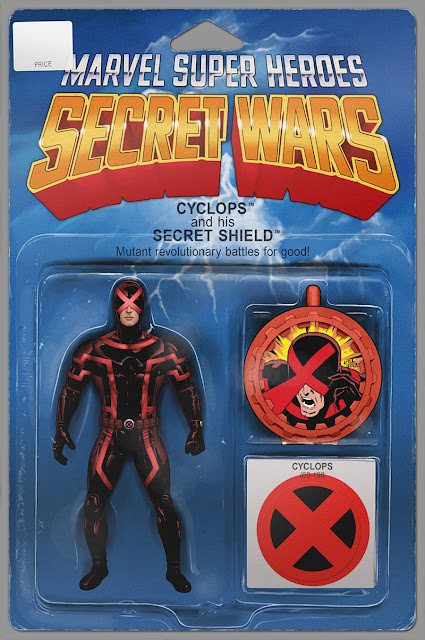 I never cared for Xclops or whatever you wanna call this totally Phoenixed out Scott Summers redesign. But that's neither here nor there, I guess...
That NXM #1 parody/homage cover is pretty sweet. I always liked that character Angel Salvadore, so I'm glad to see she is back for this mini. In case a Marvel exec is reading this tryin'a get a handle on what the streets is talm'bout, I suggest you guys spin her off into her own series with Sophie Campbell on art. C'mon... can we get a 4 issue mini, at least? 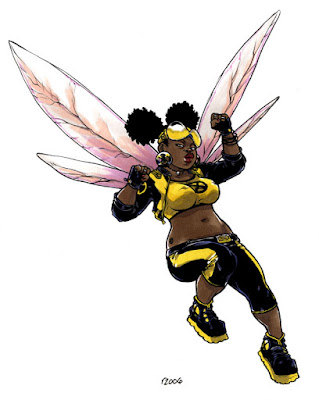 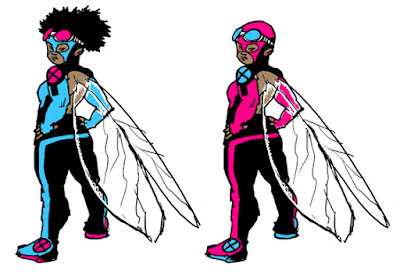 Samax Amen draws people, places and things for fun and profit. He is the artist of many great comics you never heard of like Herman Heed, Champion of Children, The Brother and The World As You Know It. He even writes and draws his own comics, like Dare: The Adventures of Darius Davidson, Spontaneous, and Manchild when he gets around to it. Because making comics is hard and stuff, he started GhettoManga as a blog in 2006 and as a print magazine in 2008.
GhettoManga.com
comics. hiphop. news. art. culture
edited by Samax @ 12:26 AM

manga hunter said...
This comment has been removed by a blog administrator.
8:36 AM CDT

Definitely one of the books I'm looking forward to. My question is will the title be as edgy as some of the others? It'd be a great platform for that.