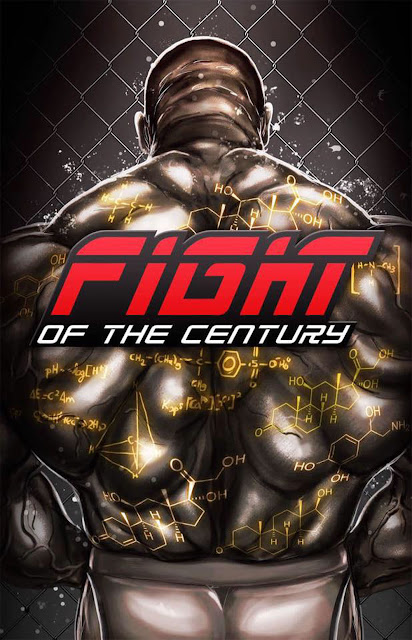 You already know we are fired up for the MMA comic Fight of the Century, the tooth-rattling brainchild of action-junkies Nick and Troy-Jeffrey Allen (BAMN).  So now that their Kickstarter is live, let's just jump into this preview art...

Fight of the Century is a story about MMA (mixed-martial arts) and Sports.  In a futuristic Brazil, Performance-enhancing drugs have gone from behind-the-scenes banned substances to front-and-center game changers, and the sports world as we know it is revolutionized.
And nowhere is that more on display than it's new Mega-City, Neo-Rio and the Fighters Ultimate Exhibition League (FUEL).  Men are becoming monsters in minutes as fighters are putting their lives on the line in the octagon.
Our story follows Rex Punga, a down on his luck MMA fighter and his journey battling opponents both inside and outside of the octagon.  With everything on the line, Rex will have to make a choice...Go Big or Go Home. 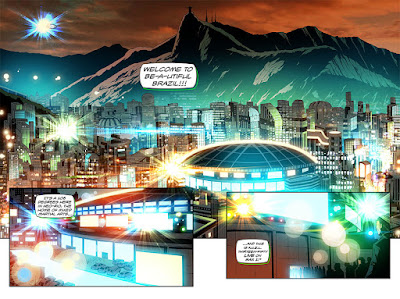 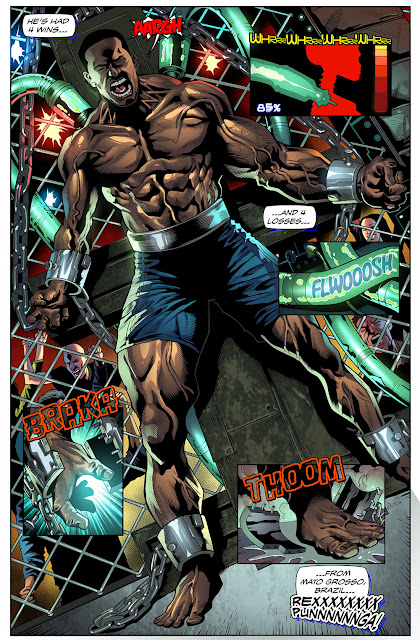 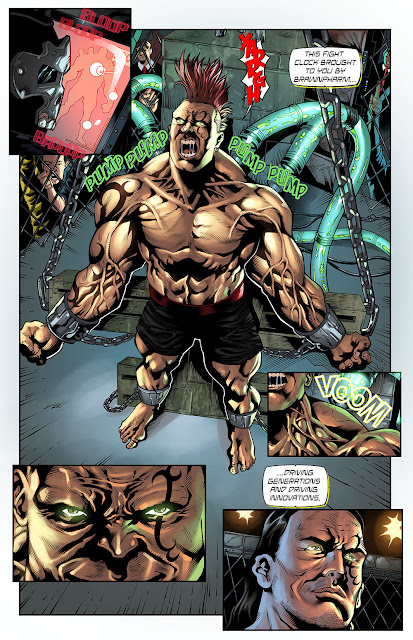 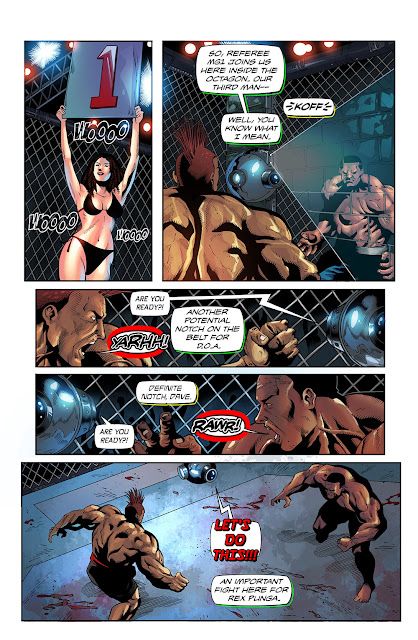 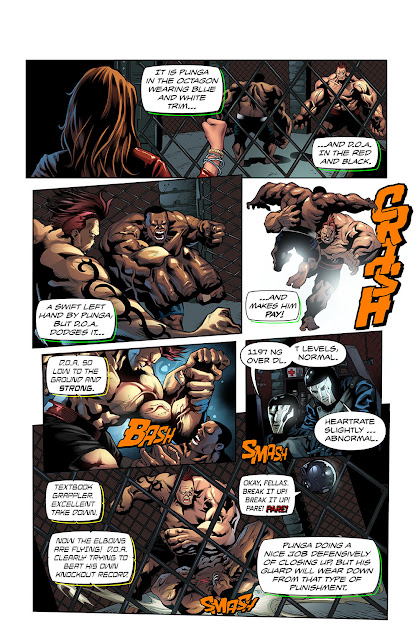 If the names are ringing a bell, you might be know the DMV-based Allen boys from their work on wrestling comic BAMN, their pop-culture site Action A Go Go, and other assorted projects for the action addict in you.
Anyways, I could go on, but you should just CLICK HERE to back FIGHT OF THE YEAR.