I'm THANKFUL for the promise of a TRIBE relaunch... 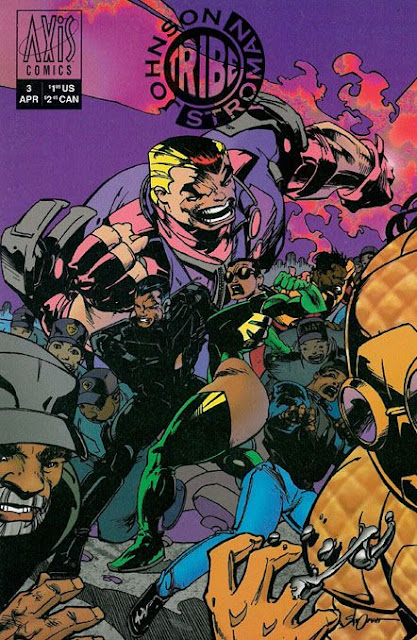 My friend Alan got me started thinking about the cult-classic comic TRIBE, a creator-owned book that combined the aesthetics of indie superheroes and black consciousness that made it exciting to be a black comic book reader in the early nineties. 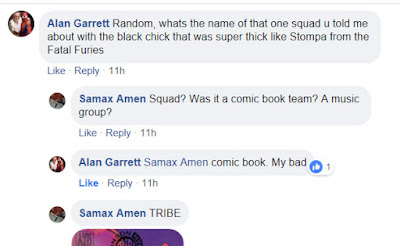 This comment alludes to a conversation Alan and I had a few months ago about TRIBE,  specifically about the bodacious design of the team's bad-ass chick, Roz.  TRIBE is mostly remembered for Larry Stroman's contribution as an artist.  His incredible energetic character designs and storytelling are further augmented by the creative freedom to pursue   ethnocentric authenticity that creating an independent book gave him.  Nothing embodies the expression of black popular culture values than Roz's bottom-heavy construction.


Before TRIBE, I don't think anyone had the audacity to draw a girl in a comic with that much booty! That's not all the book was about, but lawdamercy! Hopefully @tribecomic is returning in 2018!!!! pic.twitter.com/he9yoQEX8k
— GhettoManga Magazine (@ghettoManga) January 4, 2018


Earlier in the year, a conversation was brewing about a TRIBE reunion that (as far as I know) has not materialized yet.  But it is in the works. 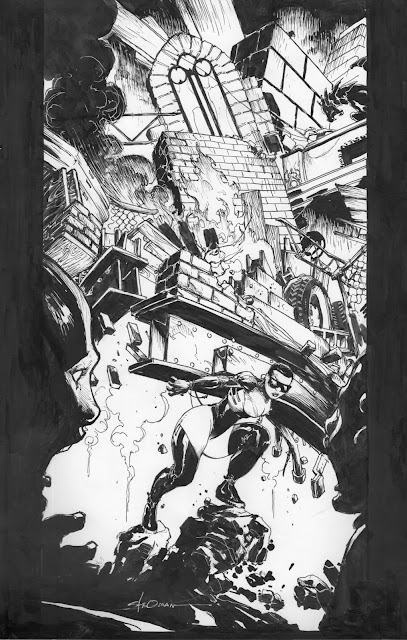 Last February we saw this new pinup being shared by a TRIBE Twitter account in response to discussions that were popping up about TRIBE (which still remains the highest-selling African-American creator-owned comic book of all time).


To celebrate #BlackHistoryMonth I'm gonna post art by and ramble about some of my favorite black comic book artists.


I haven't heard anything about the relaunch (a 25 Year Reunion was due this year) since that time, but hopefully Stroman and TRIBE co-creator and writer Todd Johnson just have their heads down getting a new book done.  Stay tuned while we look into it again!