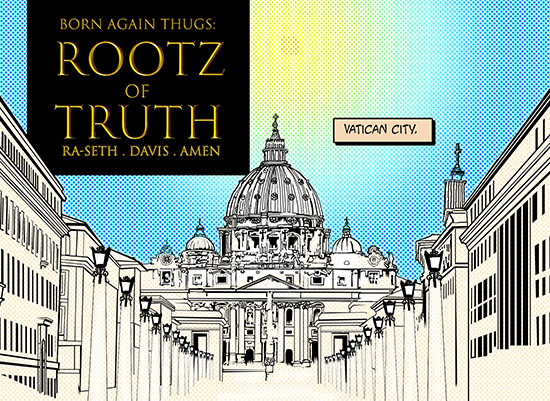 Here's my Artist Commentary for the new Born Again Thugs short story I worked on for my client Tyger Ra-Seth.  The script was by my GhostWerks bredren Corance Davis.  I did the art and lettering.

Above we have the establishing shot, which took about half of this page's drawing time.  But, since the Vatican is the antagonist in the story, I figured I had to get this opening shot right... 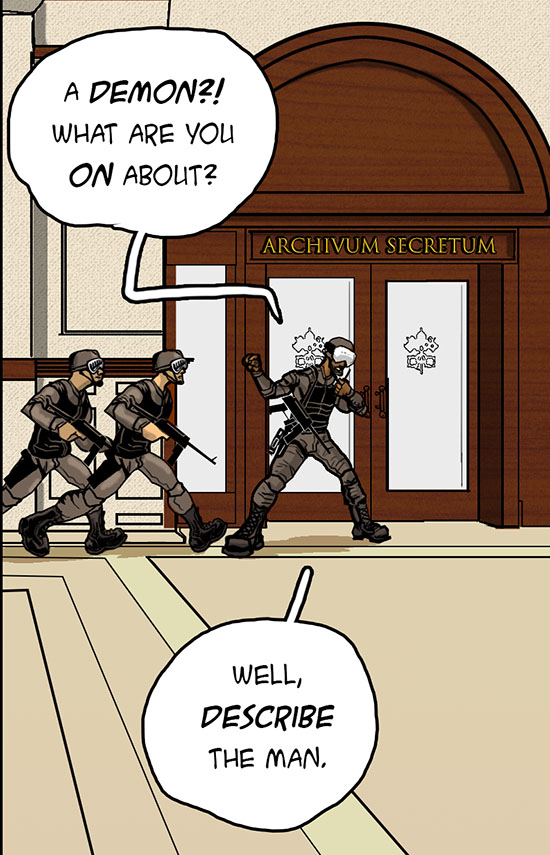 He never says his name out loud, but this character's name is Turner of the Vatican Security forces.
Yes, the Vatican really has a military security force that wears uniforms like this. 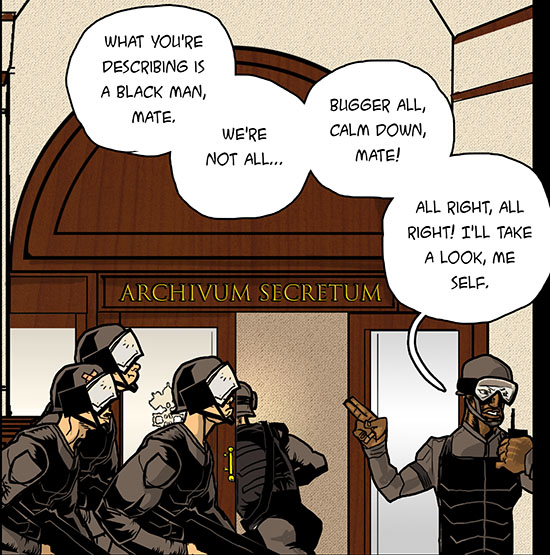 After reading and rereading the script while I was working, I hear Turner's voice and accent in my head whenever I read this story. LOL! 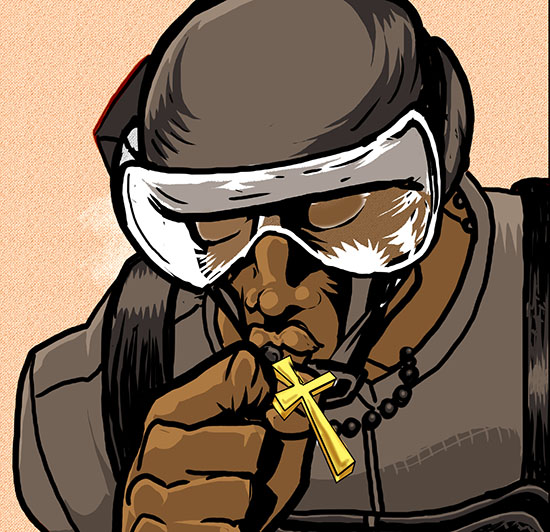 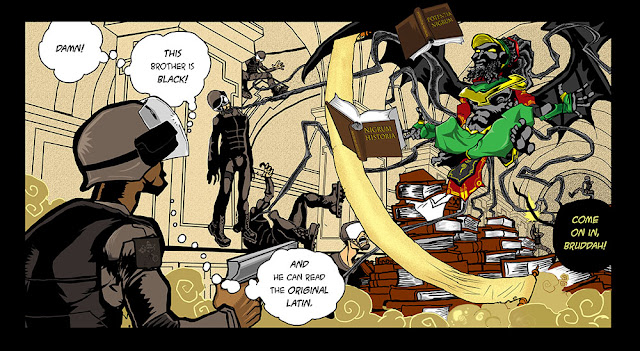 Rootz is one of a pantheon of extra dimensional beings who have come into our world and taken residence.
They identify with black people around the world, like forgotten gods or spirit guardians.Rootz is obsessed with amassing knowledge and exposing false narratives. 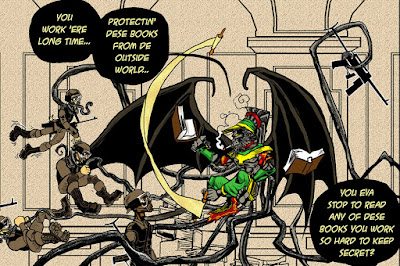 If this story was longer than two pages, this scene would have been gloriously ultra-violent.I have a bad habit of adding panels to a script while I'm drawing to accentuate the stages of action.

It makes things look cool, but makes the process take longer.On this story, I controlled that urge and drew it as written. 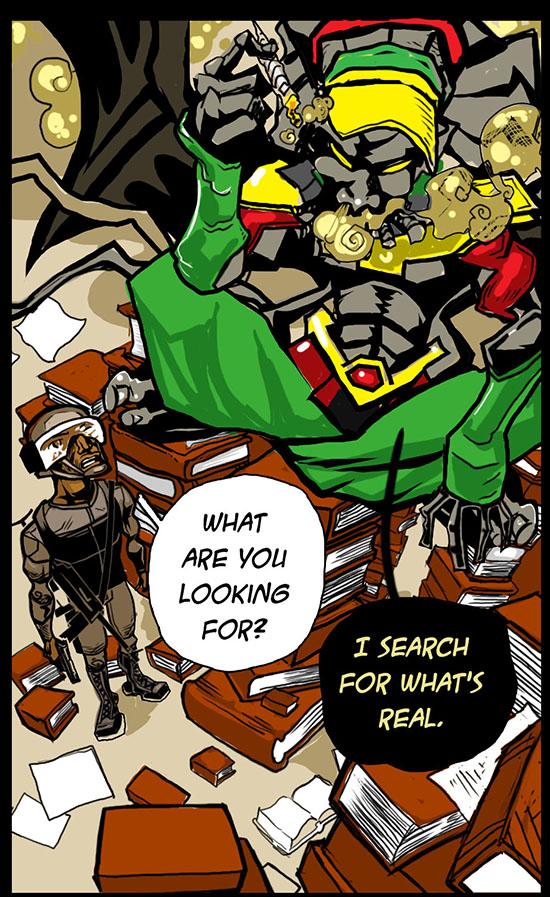 For whatever reason, this is my favorite panel in the story.  I would love to have this panel screen-printed on a tee shirt without any explanation.

I feel like I really nailed this character in this panel. 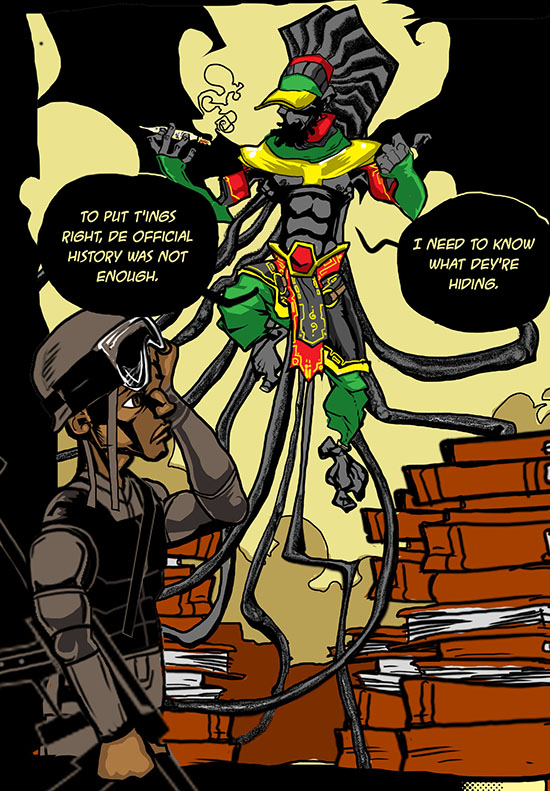 I enjoyed following Turner's story arc in this short...  Corance did a great job of communicating a lot in a short time. 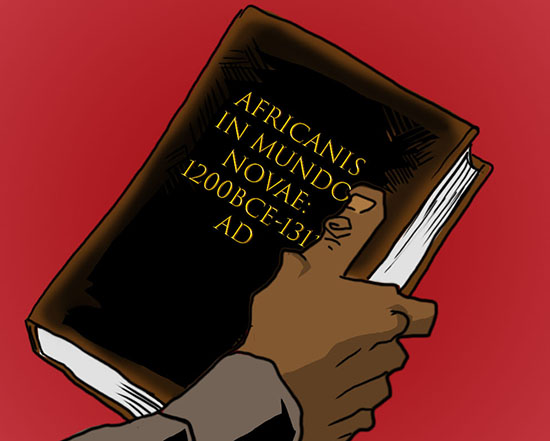 "Africans in the New World" I guess?

That font is called Trajan.

I used it for a teeshirt design a few years ago, and already knew I wanted to use it in this story when I read the script. 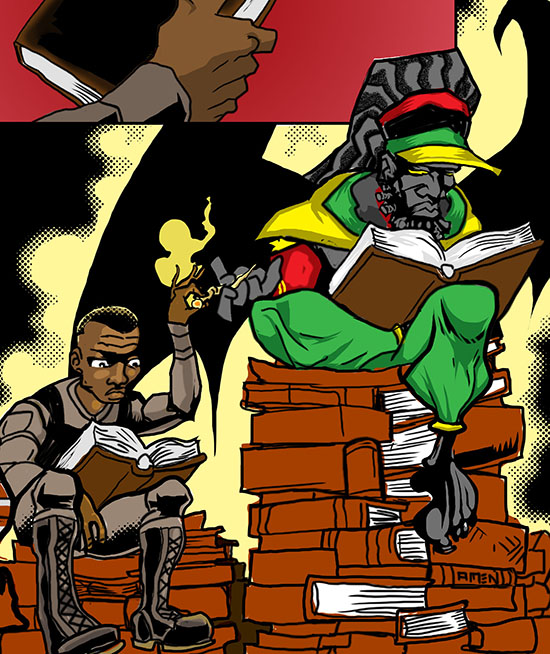 A happy ending!I didn't ask if they deliberately chose the name "Turner" because he went in to fight Rootz and becomes his disciple instead.

If this was MY comic, I would eventually retell and expand this story so we could amplify the character arcs and add some meat to that gun vs dreadlock fight.

Anyways, that's it for my Panel-to-Panel Artist's Commentary.