John Oliver Talks About the National Weather Service, and You Should Care 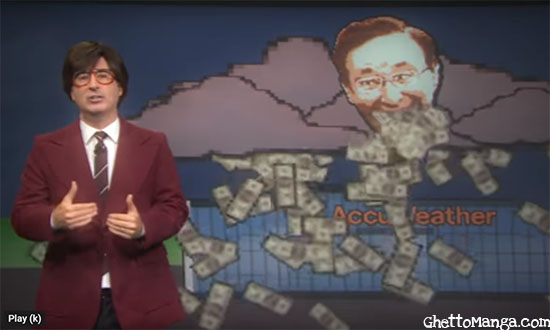 "Because everything Trump Does is designed to destroy the government from the inside."

It's been my position for a while that Donald Trump's mission is to break the power of the United States government.  If possible, to break it beyond repair.  I haven't decided if his endgame is to become an autonomous dictator (via a loyal yet ruthless cronies in government, military and law enforcement), or if he is working to prepare the country for invasion by an enemy state like Russia or North Korea (with the promise that the new landlord will give him a good deal), or if he is just doing it on some evil trickster shit like the Nolan/Ledger version of the Joker.

"Why are we helping poor people in other countries," they sneer "while we have poor people here that need help?"  Similar lines of reasoning on all kinds of issues consistently erupt among people whose beliefs put them on the left or right, but who are mostly uninterested in the country's two dominant political parties.

Years of relentless attacks on intellectual and cultural "elitism" enabled the rise of Trump, despite neither party's "leadership" caring for him very much.

This is another example of Trump's love affair with the promise of  Dictatorial power.

We'll see how it plays out.