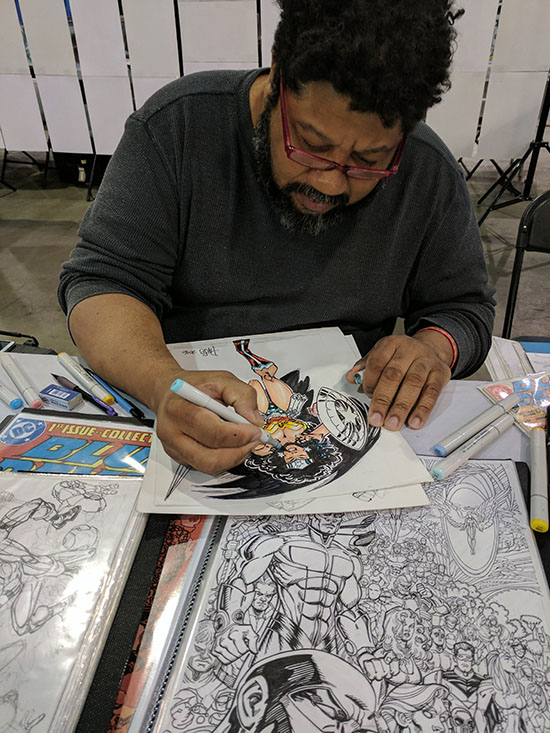 I don't make those numbered lists y'all like to argue about so much, but if I did, veteran cartoonist PARIS CULLINS would be in my top ten favorite comicbook artists of all time.  Since October 26th is Paris's birthday, let's talk about why.
Okay, so for me the story of Paris Cullins begins with BLUE DEVIL #1. 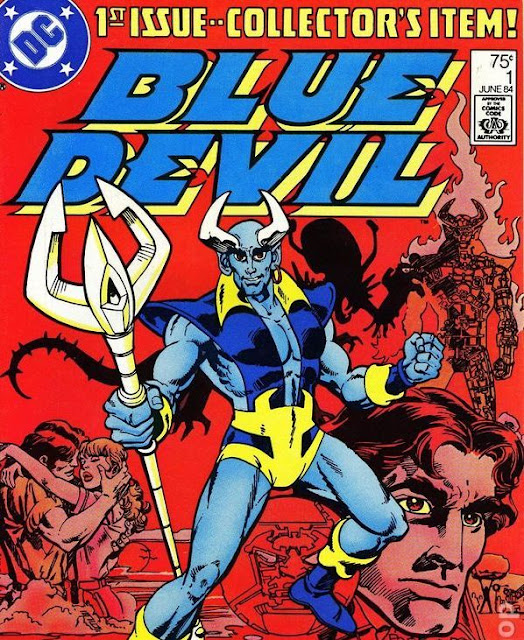 See, I was what you'd call a Marvel Zombie growing up.  After learning to read with Spidey, losing my shit reading X-Men, and doing my best to keep up with the growing hoard of new Marvel characters I was discovering every time I went to the 7-11 where I bought comics with my lunch money, I found the top-tier DC characters to be...

Well I'll just say it:  They were lame.  Superman?  Batman? Wonder Woman? Snooze. I could almost get into Green Lantern.  Flash was a'ight.  But every time I tried to pick up a DC comic, they were slobbering all over the big three.

As a kid, I just couldn't relate to DC's iconic flagship heroes like I did the Marvel heroes.  Then I discovered BLUE DEVIL #1 on one of my trips to Keep On Booking, my hometown's only Local Comicbook Store.

This comic, which starred a friendly-yet-badass blue demon (really a stunt man trapped in devil suit) with a weaponized trident, a plainclothes black sidekick, Spidey-worthy comedic banter, and art that combined everything I loved about John Byrne, Steve Ditko, and George Perez. 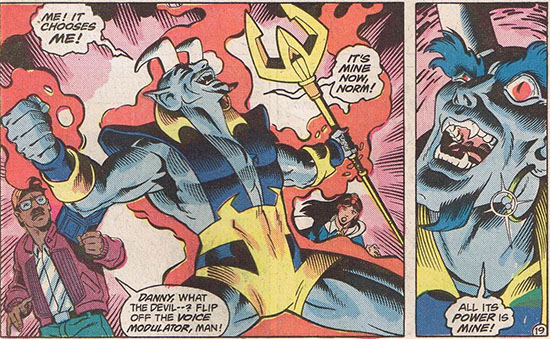 I don't think any artist could have made the character work better than Paris Cullins did.

As a result, I associate the character with Paris, more than anyone else.  And even though he's done lots of stuff since, I relate Paris to Blue Devil.


In a nice interview with Black Girl Nerds, Paris reveals that the idea was conceived with the late, great Steve Ditko in mind.  When Steve turned the project down, they turned to Paris.  This is makes sense, because Paris brought a lot of what I always loved about Spider-Man to BLUE DEVIL.  Paris brought in elements of manga/anime influence before I noticed any other artists were doing it. 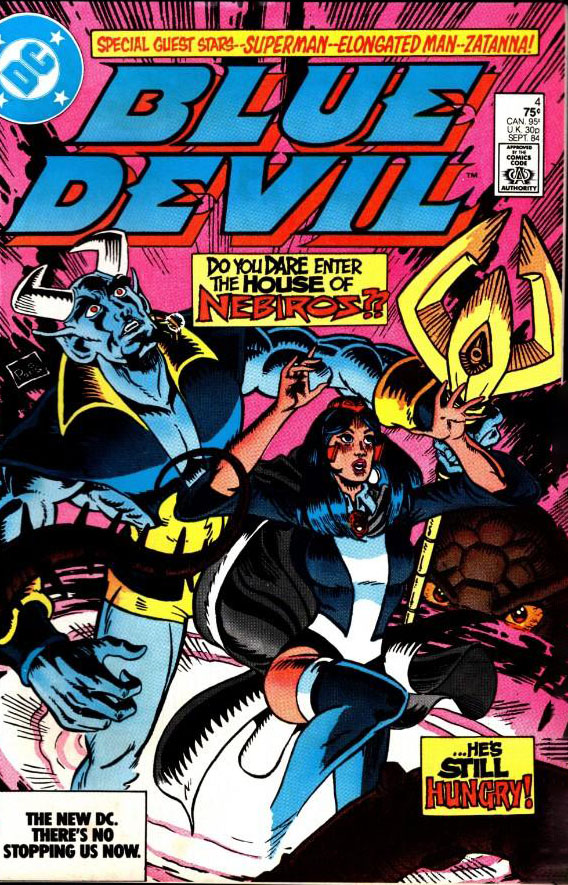 My friends laugh because all my fave DC characters are lower tier characters. It all started with Blue Devil (and Paris). pic.twitter.com/KNNMF6Uo1L
— GhettoManga Magazine (@ghettoManga) October 26, 2019


DC must have known that kids like me were being lured over from Marvel by Paris's genius, so they got him to draw BLUE BEETLE as well. 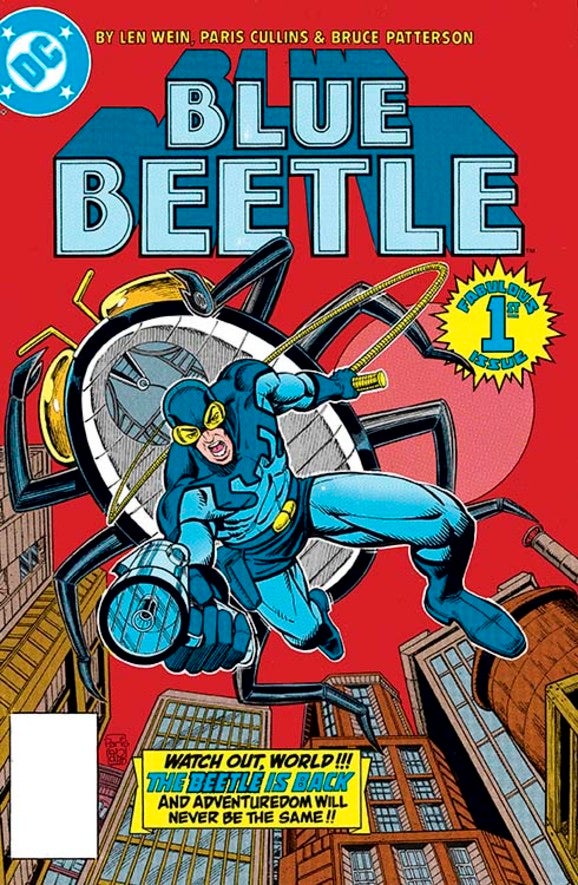 I had no connection at all to the original Blue Beetle, but the character who stars here is a legacy character who follows in the original's footsteps.  In retrospect, I have always felt that one of the things that DC is really good at (once you get past the big three) is successfully passing the torch.  So whoever wanted a new Blue Beetle series did an awesome job by selecting Cullins as the artist to launch with.

The second Blue Beetle is Ted Kord, a low-budget Bruce Wayne who, because of the handling of Cullins, feels more like a grown-up Peter Parker who never got bitten by the radioactive spider, became rich off his science skills, and wound up becoming a superhero anyway. 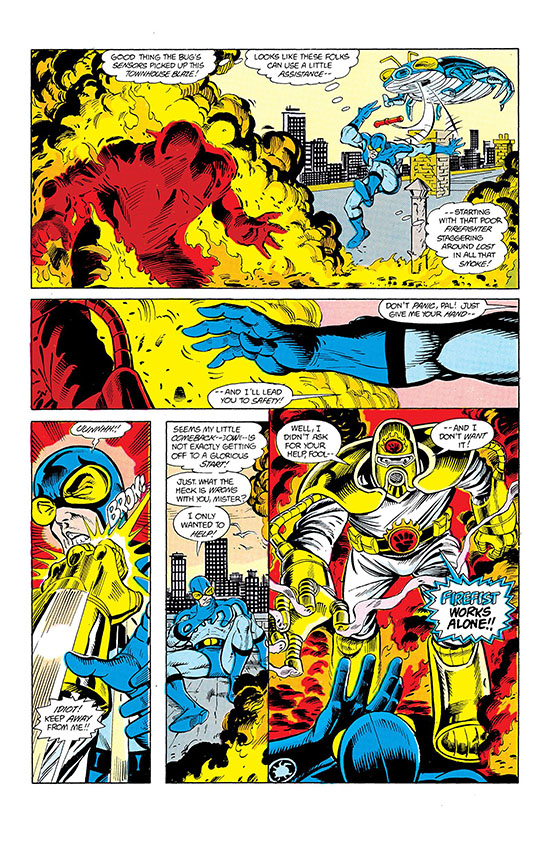 These two blue dudes are not the only things Paris ever did, but he did them SO WELL that for me, they are synonymous with his name.  As much as I love both characters, I don't think they were as good rendered by other artists.

I often get complimented on my ability/aptitude for combining serious grimdark comicbook styles with cartoon conventions.  That goes directly back to the versatility of Cullins, who is the best artist I can think of at drawing action-comedy. 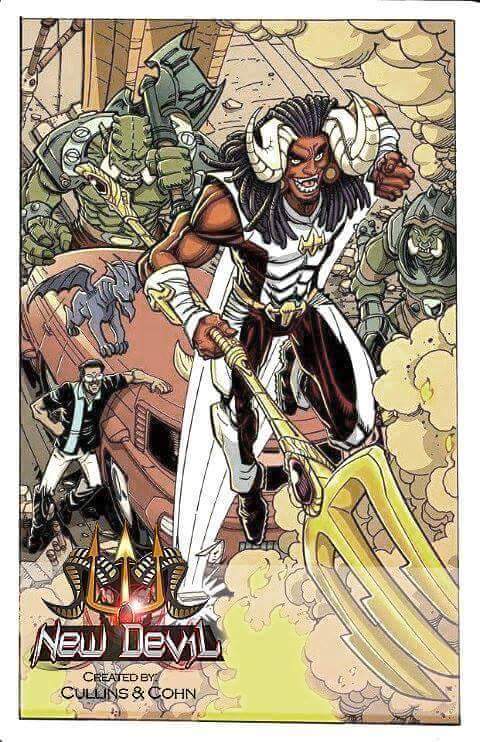 Anyways, today is Paris Cullins' birthday.  In that Black Girl Nerds article I linked to earlier, he talks about two new comics he is working on, including the aptly-titled New Devil, so my eyes are fully peeled looking for that, but you should definitely check that BGN interview so you can see that Paris can still bring it.

On the off chance that you're reading this Paris, I continue to love your work, and if you want to do an interview to promote the new stuff or talk about the old stuff (or both), GET AT ME!