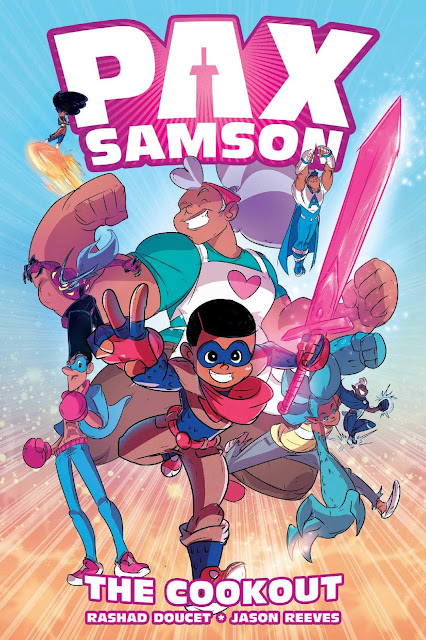 The fine folks at Oni Press are publishing a new graphic novel by Rashad Doucet and Jason Reeves called Pax Samson: The Cookout!
Check out this preview below.


When it comes to the kitchen, no one knows cooking better than twelve-year-old Pax Samson. He’s a hero when it comes to testing recipes and supplying copious amounts of Dragon Noodle Soup at his family’s cookouts. It’s tough being a master chef, though, when the rest of his family are world-famous superheroes, and they expect Pax to take up the beacon to keep the world safe with his telekinetic powers. Pax's home planet of Soltellus is home to all walks of life, including humans, gods, as well as elves, orcs, dragons, sprites and other fantasy races known as the “Enchanted” all living in a modern society similar to our own. Among them is the Samson family, led by the fearless and mighty Grandma Samson, the greatest superhero to ever live and the person responsible for always saving Soltellus when trouble strikes. She’s been doing it for hundreds of years, but she’s ready for the younger generation of Samsons, including Pax, to step up. When the mad god Odin, long-time enemy to the Enchanted race and arch-rival to Grandma, resurfaces in another attempt to regain power, Pax will attempt to put his training into practice, but ends up just making things worse. Tempted to hang up the superhero cape and stick to the kitchen, Pax faces the toughest decision yet when a legendary savior of the Enchanted people arrives, along with a startling discovery that there might be parts of the Soltellus history that are wrong. Pax, determined to protect his family and friends, will do everything he can to stop the new threats set on disrupting the peace between humans and the Enchanted.
PAX SAMSON: THE COOKOUT
From: Lionforge/Oni

Pax Samson: The Cookout is the first volume in a new action-packed, fantasy trilogy that depicts a world struggling to find peace in the midst of threats, and a young superhero chef torn between following his passion and following in his family’s footsteps. 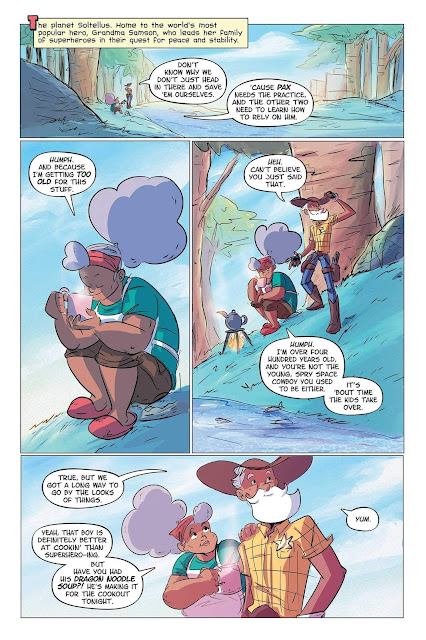 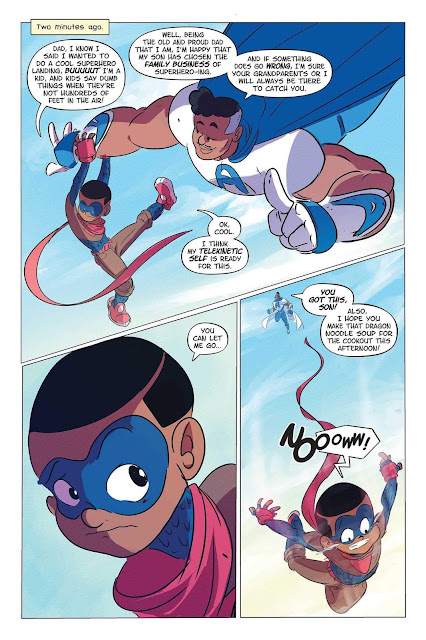 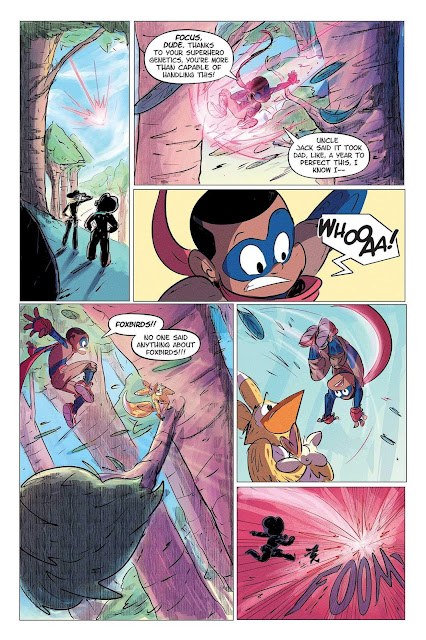 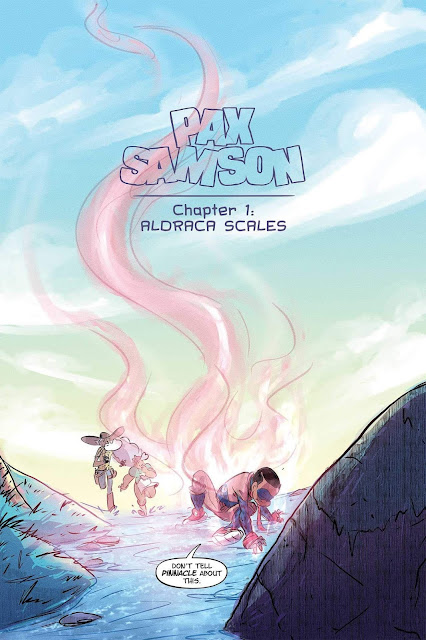 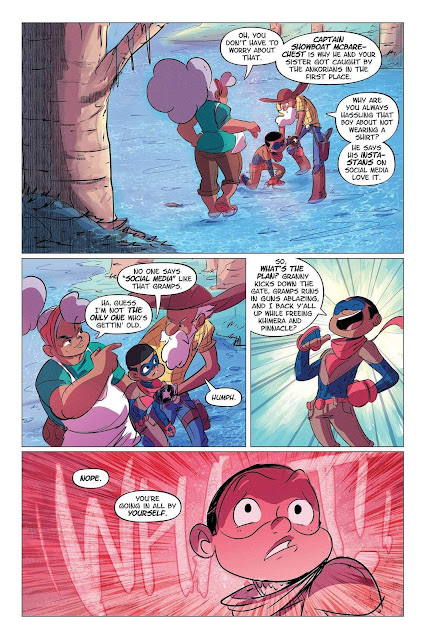 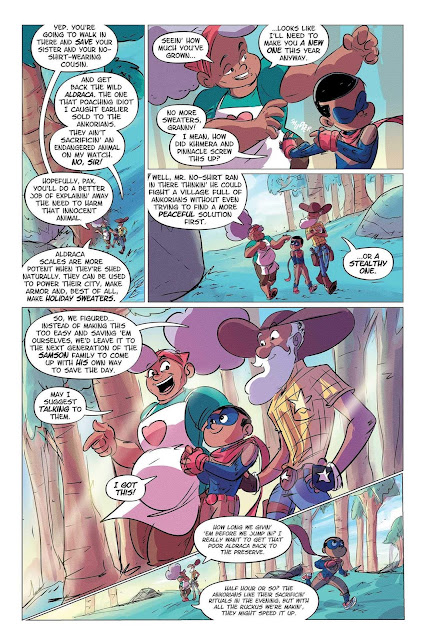 This looks really fun!  I know you can't wait, but Pax Samson: The Cookout won't be out until August, but you can pre-order it now on Amazon. 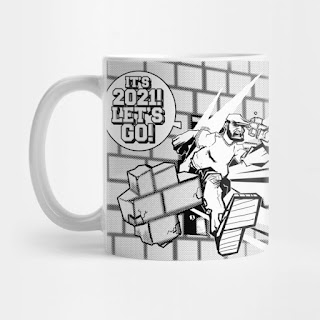