"DOOM stay gluing true grit to the bass line/ And made himself a hero and a villain at the same time..." -Aesop Rock 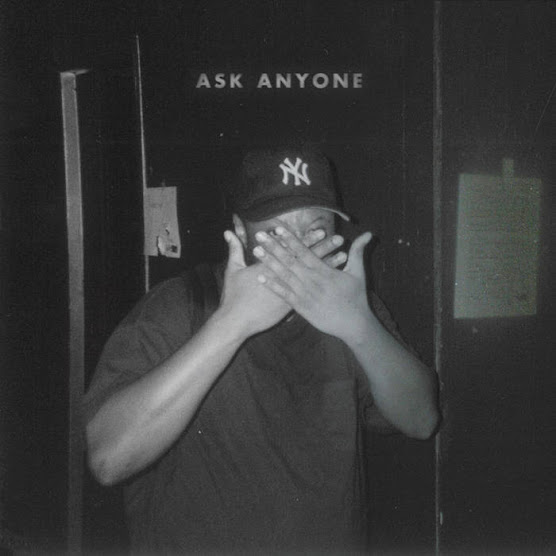 One for MF DOOM from LICE with love.

Roses for the OG MF, where were you when Bob dropped the OG Deadbent?
I was over Tony’s on some “Whoa is that? No, is that...?
Yes it’s Zev Love X, sounding reckless”
I took it to the head and heart
You were back as Metal Face and threatening my pearl white Acura from the 2nd bar
Barfing up a master class in charismatic disrespect
And trash talk, mask on, mac and cheese Timberlands
Sold the first Apple Seed cd's at your Brownies show
While you were saying "something to remember like the Alamo”
I was yelling every word and never late
And when you finally played “Hey!” I felt the venue levitate
Ask anyone, L.I. to upstate
Come to learn it’s only phase 1 of the flood gates
DOOM stay gluing true grit to the bass line
And made himself a hero and a villain at the same time
Back in ‘94 you had that line about the Nikes on the wire
I’d always see these Nikes on the wire when I was driving through a neighborhood somebody said you stayed in
Convinced I’d found the actual inspiration
For the record I was not even close to the right neighborhood
Even when the heart is pure, the brain is mush
Thank you for the stories, and the fuck you to the normies
Brewin said we lost our Jordan, I would sprinkle in some Vorhees and agree
Breeze I have this memory of me and you
Rapping Meat Grinder to each other at a BBQ in BK
Got the same memory with a couple other people too
Trading DOOM lines, that’s what people do
You were always kind to me in person
I tried to play it cool but I was always kinda nervous
30 summers a guide in the muddy waters
To the man with many names: I hope you’re somewhere with your brother, yea

Supervillain tho
Illin tho
Chopping records that my parents listened to
DOOM was on a mission to remind you that the magic is what matters
But where’d he find that banter?
Where’d he find them patterns?
He ain’t had no manners
My favorite villain is The Drop off Viktor Vaughn
But every time I hear the Great Day intro I’ma sing along
And cats be sleeping on the GMO's them lessons on point
We share a brother in Kuri from the ? joint
Supervillain in the function then his peoples never far
Thanks for introducing us to John Robinson and Stahhr
And a era full of rarified jewels
And making use of airtime for making bad hairlines cool
Being crazy takes guts
Monsta Island Czars had a rep for being nuts
Extra special words
Scent of special herbs still lingers
My pantheon is Bird and Mingus, Prince and Metal Fingers
Larger than life, he had his own Nikes
I’m a Clearweather brand dude but dag DOOM
MM FOOD was the anagram
Fresh put me on I proceed to put on anyone that was famalam
And
Every particle genuine article
Okay you stiffed a few promoters
Who thought they booked the man under the mask but they could never tell for certain
Walking the walk, while talking in third person
He wore a mask so the charge won’t grab
On a rooftop with a large stone slab
Seen where the industry was going and
Had the gonads
To go “nah”
Thanks
A bar is not a measure
Of music DOOM was doing it’s a unit a buried treasure
No one ever done it better
So I’ma keep my computer on caps lock forever.

On the off chance you still depend on GhettoManga for this kind of hop hop culture news, I apologize.
I have not felt like talking about it.  I have been so beside myself about the passing of underground rap superstar MF DOOM that I have not said much.
I spoke on it briefly on Facebook, then just been sharing video links without comment.
If you have any history at all with GhettoManga, you know that we all adore DOOM.  I have stayed ahead of the sadness by keeping it moving on some shark shit, so I can't slow down right now, but I wanted to appreciate this tribute from two incredible underground greats.

Rejoice for those who transform into the Force.
DOOM remains among us.
May he live forever.
-Samax 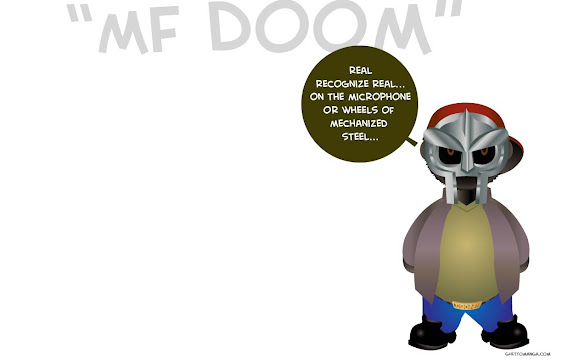