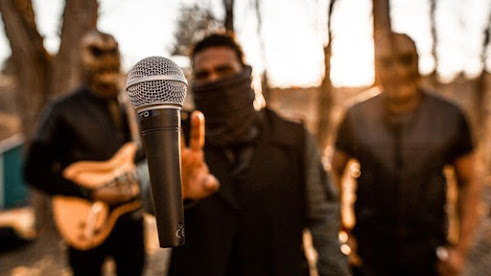 
The Tiny Desk is working from home for the foreseeable future. Introducing NPR Music's Tiny Desk (home) concerts, bringing you performances from across the country and the world. It's the same spirit — stripped-down sets, an intimate setting — just a different space. Abby O'Neill | January 18, 2021 TH1RT3EN, an irreverent and inflammatory new trio conceived by hip-hop star and lyrical savage Pharoahe Monch, has been in the works for five years. Co-conspirators include Daru Jones, a monster on the drums best known for his work with Jack White, and guitar mercenary Marcus Machado. Both the moniker and supergroup were born out of a frustration with the veneer of American society that underestimates the darkness of white supremacy. "I knew 5 years ago where we headed," Monch shared over the phone. "Sure, we've always done socially and politically aware music, but I'm tired of this "love will win" nonsense. Love may be the most powerful vibrating force, but consciousness is spreading and it's impossible not to be more aware of the evil that has kept the world in complete darkness. TH1RT3EN is the musical personification of me and my comrades at combat." Shot in a padded "panic" room, this Tiny Desk (home) concert reflects the rage felt by this three-man battalion of rhythm and verbal artillery, shattering genre boundaries in the process. While TH1RT3EN recorded this set in August 2020, as evidenced by Monch's interlude, this four-song set still channels the discontent outside our windows today. SET LIST "The Magician" "Cult 45" "Scarecrow" "Fight" MUSICIANS Pharoahe Monch: vocals Marcus Machado: guitar Daru Jones: drums CREDITS Video: Get a Grip Productions, Arianna Thibodeau, Rashad Frett, Josh Therriault Audio: King of Chill TINY DESK TEAM Producer: Abby O'Neill Video Producer: Maia Stern Audio Mastering: Josh Rogosin Associate Producer: Bobby Carter Tiny Production Team: Bob Boilen, Kara Frame, Morgan Noelle Smith Executive Producer: Lauren Onkey Senior VP, Programming: Anya Grundmann

Pharoahe Monch is one of the most talented emcees of all time.
That's not open for debate.
Because of the energy and instrumentality of his flow, he's a natural choice to put together a band.
After geeking out when they dropped Palindrome on 9/18/19, I lost track of TH1RT3EN, and it's all my fault. The good news is they're promoting their first album A Great Day For An Exorcism, and it was like a lightning bolt/thunderclap combo on a quiet evening.
In case you're wondering, Monch still got it.
Here's a couple more vids:
Dope.
CLICK HERE to get your hands on TH1RT3EN's debut plate  A Great Day For An Exorcism. 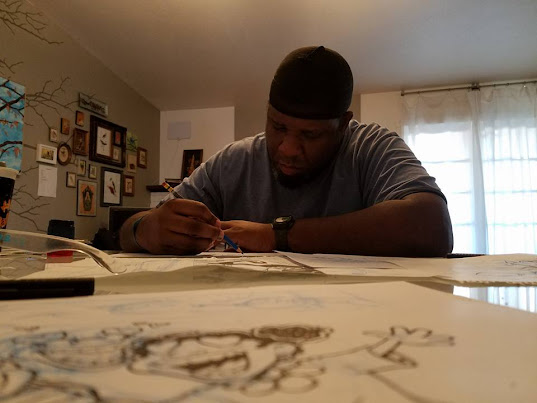