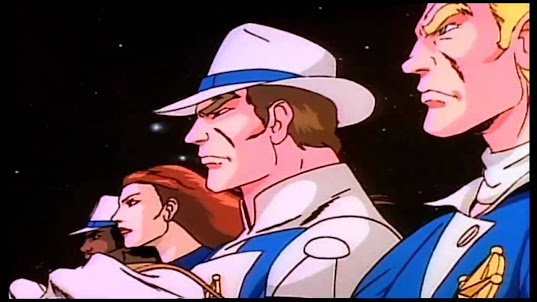 My longtime friends, readers, and fans know that when I was in middle school, one of my favorite cartoons was the space western Galaxy Rangers.
So when I went looking for clips on YouTube, I found a playlist with full episodes!
Enjoy 'em while you can!

Yesterday I saw a tweet asking "What’s your favorite syndicated cartoon that:
A. Was not made by Disney. B. Did not center around (at the time) a Hasbro property."
Well, you know my answer.  Although I could have easily said Mighty Orbots or Bionic Six. But that's a blog post for another day. 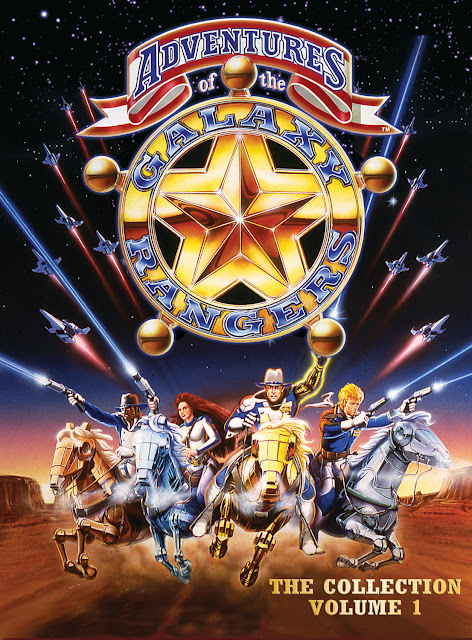 I watched Galaxy Rangers every weekday after school for years.  As eighties cartoons go, it was well-written, and took itself a little more seriously than the average kids action show.
The Galaxy Rangers is an elite team of lawmen, each possessed of a cybernetic implant that gives them a unique superpower that they can activate by touching their badge.
G.I. Joe and Transformers were on tv already, so Galaxy Rangers wasn't the only show that had guns, but in addition to the title characters having super powers, they were not shy about pulling out on somebody.  In fact, Shane "Goose" Guzman was a proper gun slinger, modeled on Clint Eastwood.
Although there was the alien enemy empire The Crown to contend with, Galaxy Rangers was not quite a war epic like Asian imports Robotech or Starblazers.  It had more in common with Star Wars, using the galaxy as a contested and untamed frontier for its futuristic space western.
Growing up on a military base in Texas, it was very easy to relate to this team of cowboys surrounded by allies and enemies from the four corners of the galaxy.
Anyways, enjoy these episodes while they're up.  Who knows how long it will be before they're pulled.
peace.
-"some AX" 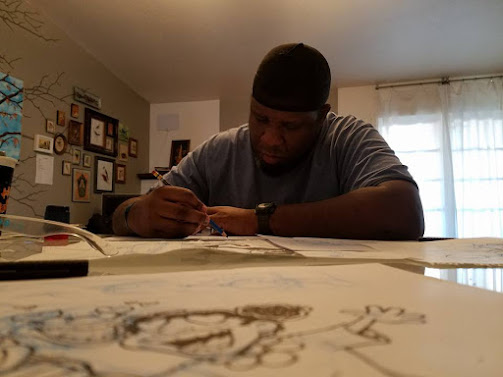 Never heard of this one but it looks dope. Gonna check it out. For me, it was ExoSquad. That one grew some chest hair on a young chap because characters were straight up getting merked left and right and the show overall dealt with what happens when slaves revolt.

I'ma hafta check for that one!