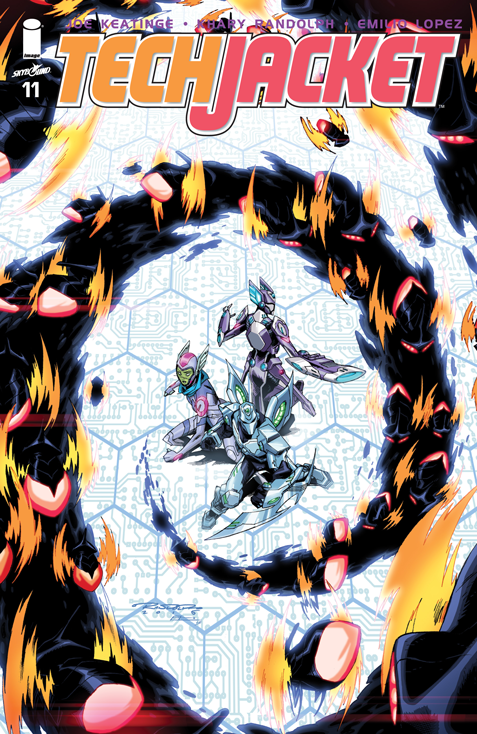 Before The Walking Dead turned Kirkman into a television personality, he launched a few comic books (including his sci-fi space hero comic Tech Jacket), looking to expand on the success of what was (at that time) the feel-good story of his career: Invincible. Of course, when AMC turned his post- zombie- apocalyptic opus into a small-screen smash, his priorities shifted along with his tax bracket.  Freed from the need to write a gajillion books to keep the lights on, Kirkman has gone mogul, hiring writers to keep the secondary titles rolling.
Tech Jacket is pretty fresh. Post-Kirkman, the ongoing Tech Jacket series is written by Joe Keatinge (Glory) with art by Khary (rhymes with Atari) Randolph (Starborn, Charismagic). Peep...
Here's the sales pitch:
With the existence of the entire galaxy at stake, what’s the cost of a few loved ones’ lives? Is Tech Jacket’s life about to get seriously jacked up? 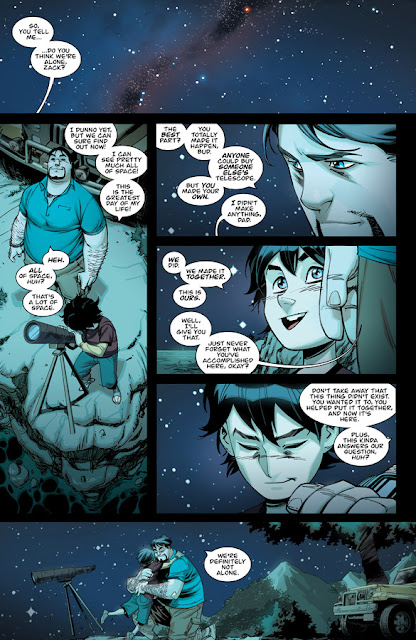 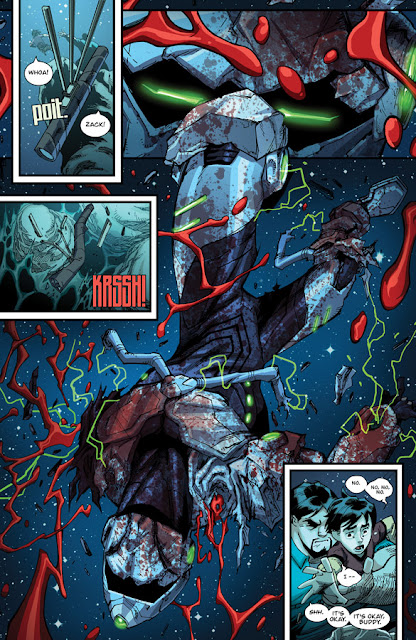 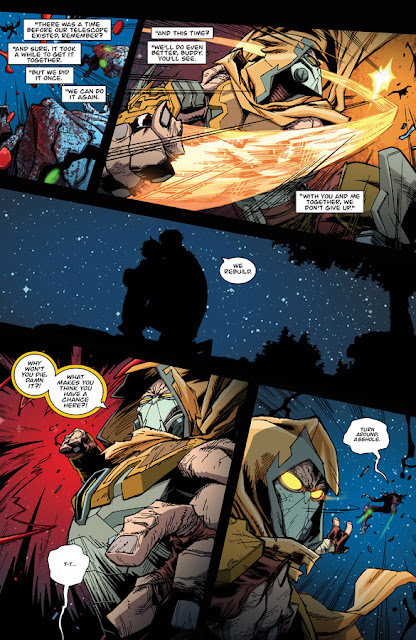 Maybe we're getting ahead of ourselves... So the concept of Tech Jacket is basically a knock-off of Green Lantern: a race of super-smart weaklings creates the most powerful personal weapon in the universe (nigh-invulnerable gizmo-laden exoskeletons called Tech Jackets), and use 'em for the benefit of good stuff in the galaxy. But a dying member of their race lands on Earth, and his last act before dying is to bind his Tech Jacket to a high school kid, who becomes a space-faring superhero ("galactic guardian") in the process. 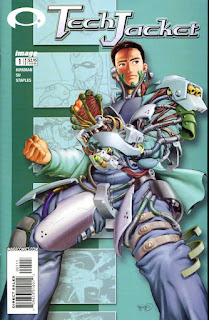 When Tech Jacket initially launched, I wasn't interested in picking it up. Robert Kirkman was writing my favorite super hero comic at the time, but Invincible was so good, I figured there was zero chance of Tech Jacket  matching it. Yes, that's some shaky logic, but comics aren't cheap anymore! Honestly, if Khary Randolph had been drawing Tech Jacket, with Kirkman writing, I would have been unable to resist it.  When the book relaunched with Khary on art, I wasn't interested in reading a Kirkman book with a writer I never heard of. It seems the book did fine without my support.
At this point, I recommend picking up Tech Jacket to anyone who likes space hero comics like Green Lantern, Legion of Superheroes, Guardians of the Galaxy, and the like. Joe Kaetinge has more than earned my co-sign by now, with his work on Glory with Sophie Campbell, and he's holding it down with Khary if these preview pages from their first issue are any indication. 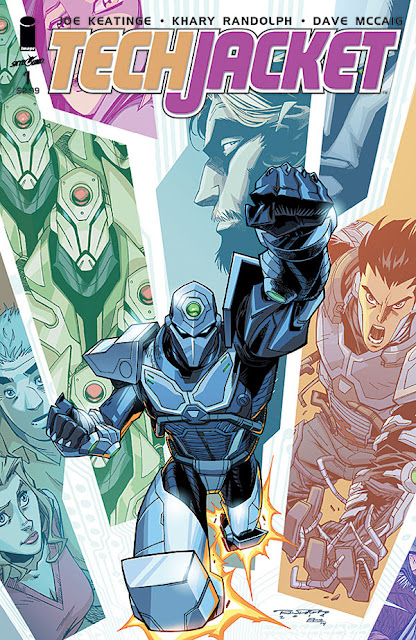 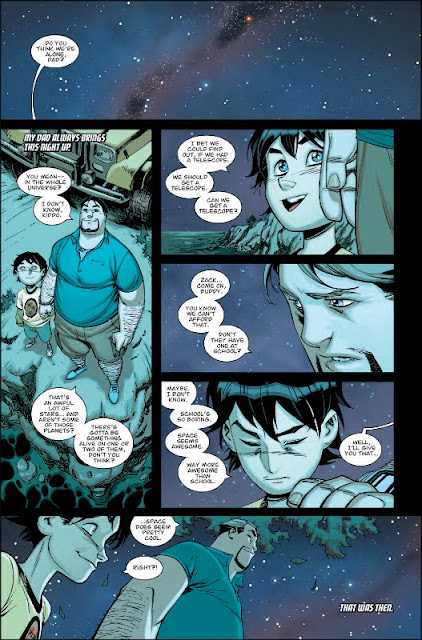 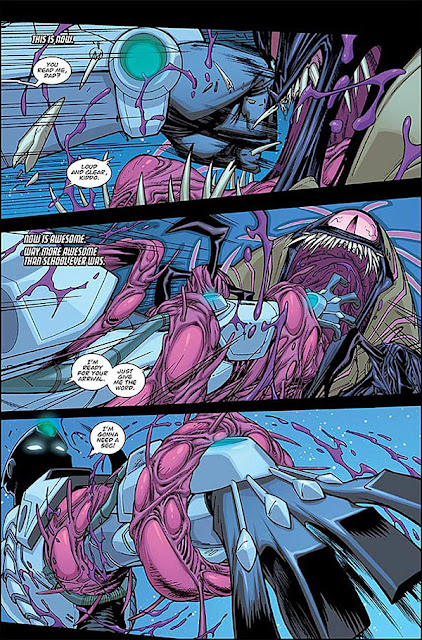 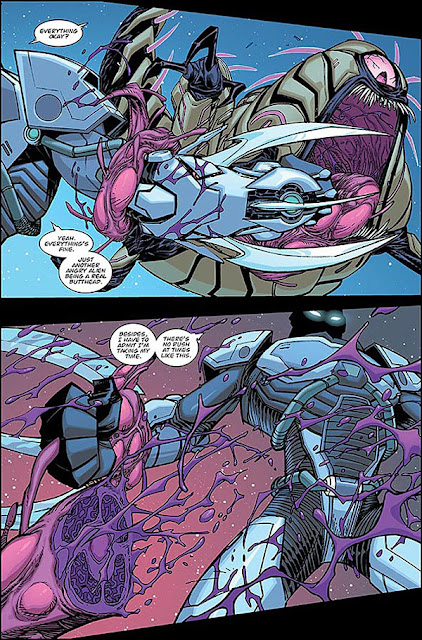 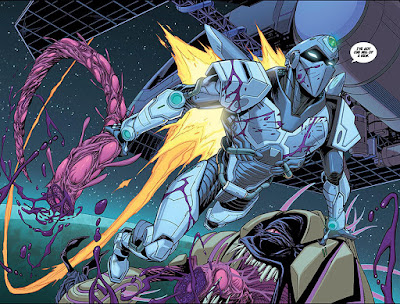 Me being me, I will probably skip the first two trades and jump straight to the Khary Randolph era with Tech Jacket: Touch the Sky, but I won't be mad if you go back to the first one The Boy from Earth by Kirman and Su. Whatever the case, I think I owe it to myself to get familiar with the outer regions of the Kirlmanverse, and you probably should too.
TECH JACKET #11 by Joe Keatinge and Khary Randolph is in stores now.
Peace,
-samax 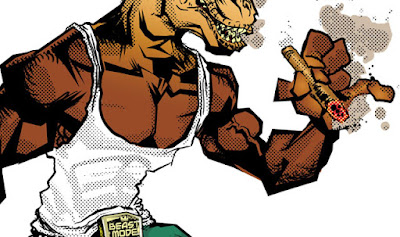 Samax Amen is a professional illustrator, cartoonist, and content developer. CLICK HERE to hire him to spice up your characters.
GhettoManga.com
comics. hiphop. news. art. culture

Unknown said...
This comment has been removed by a blog administrator.
7:44 PM CST