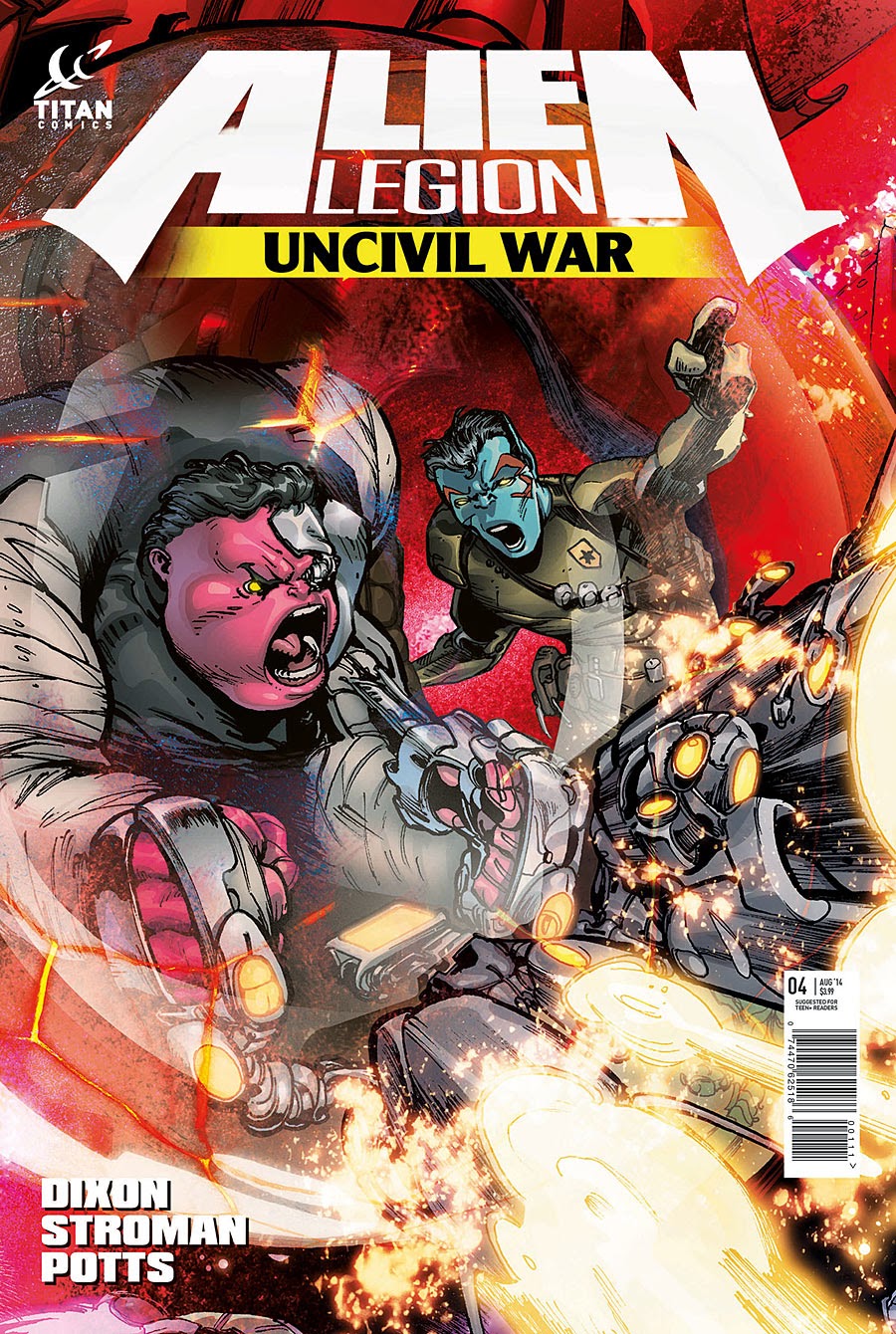 back in the nineties. Hence, I am honor-bound to post this preview from this revival of the sci-fi action comic Alien Legion: Uncivil War he's working on with Chuck Dixon and Carl Potts...
The sales pitch:
The space lanes to Hell are paved with good intentions and the peacekeeping mission for the veterans of Alien Legion’s elite Force Nomad has gone rapidly belly up. Escorting a fleet of refugee ships has degenerated into a sprawling cosmic brawl and to make matters worse, a cadre of alien priests seem determined to wipe out all life on a peaceful planet in preparation for their second coming! 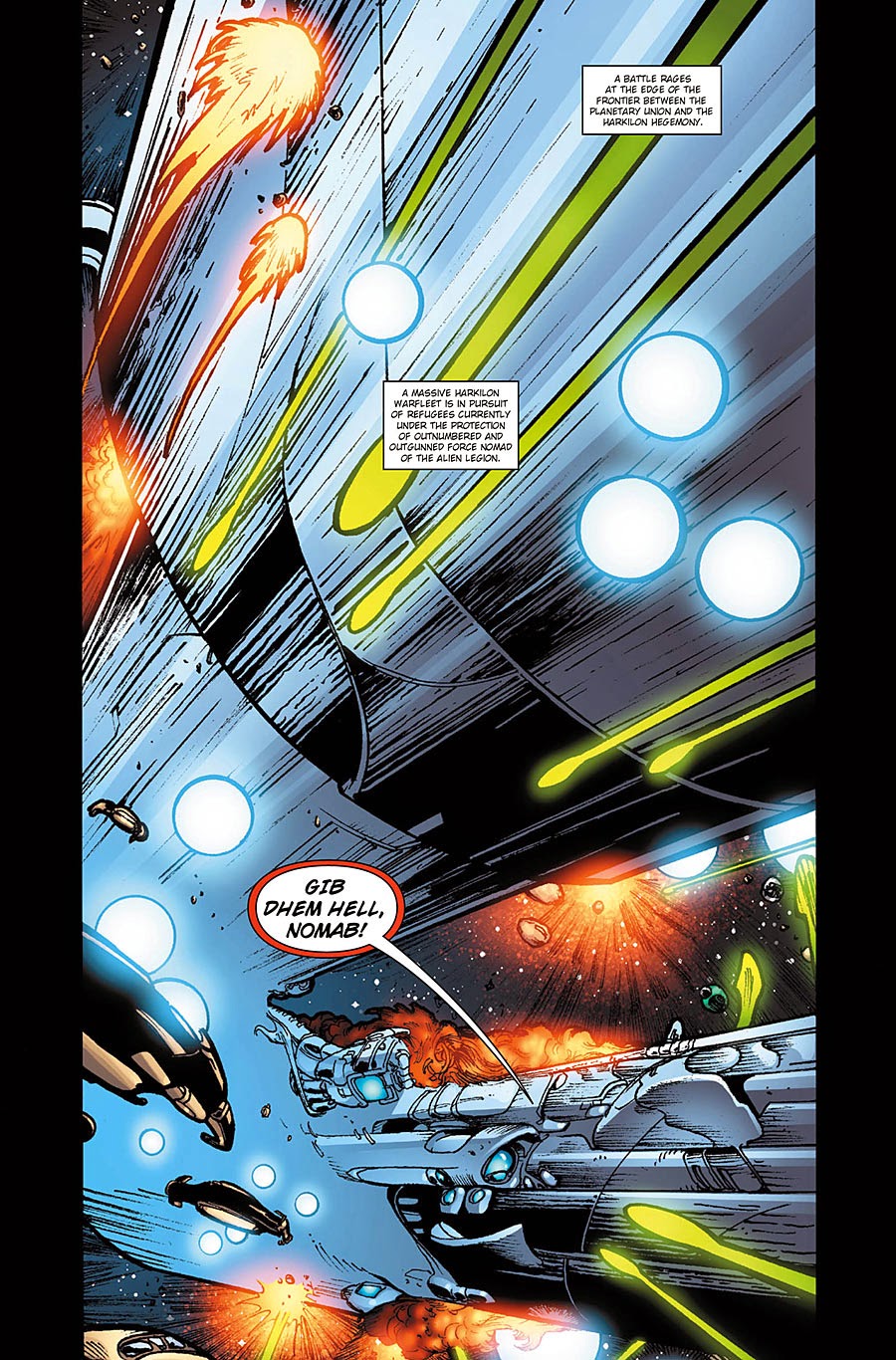 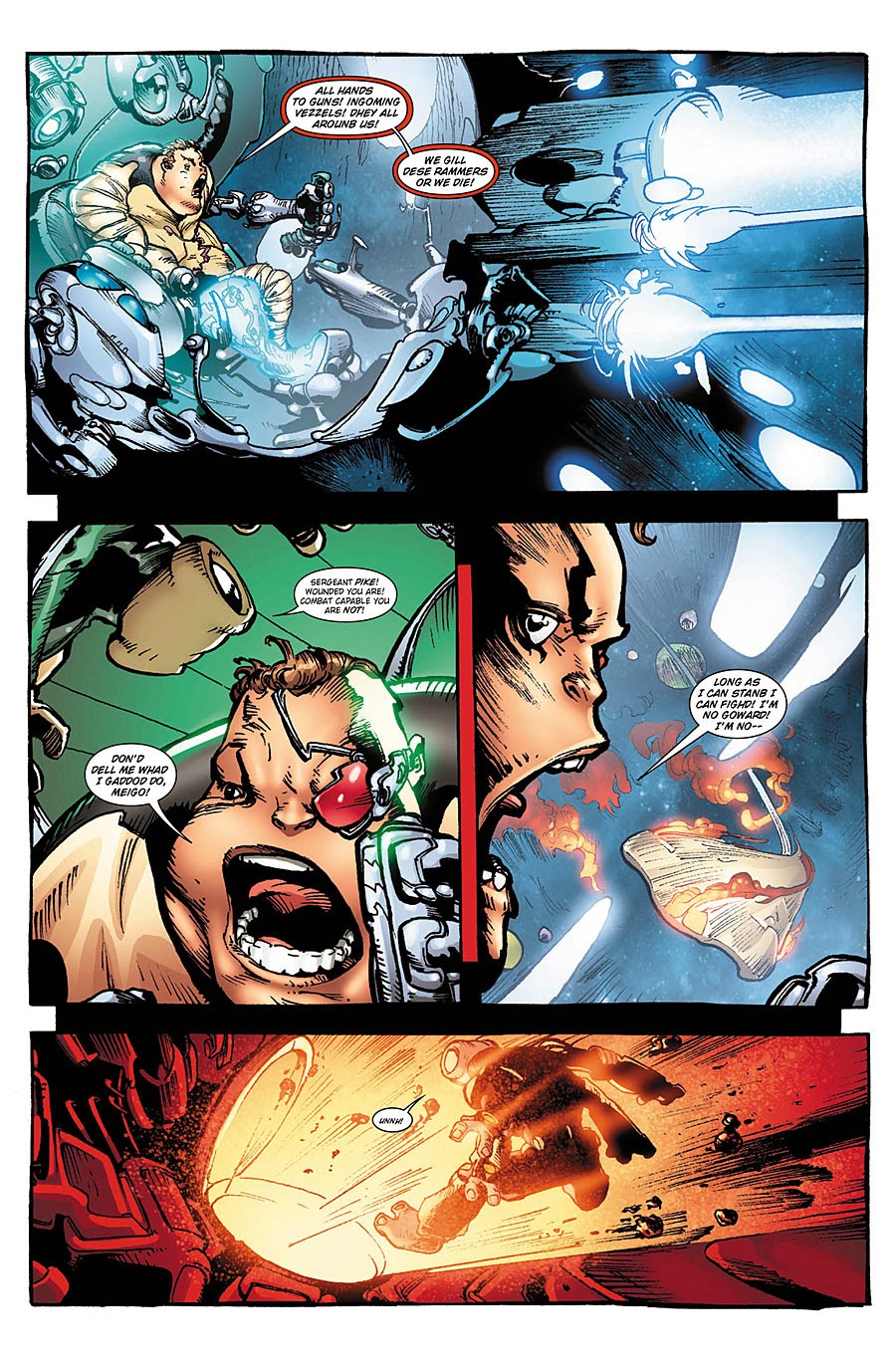 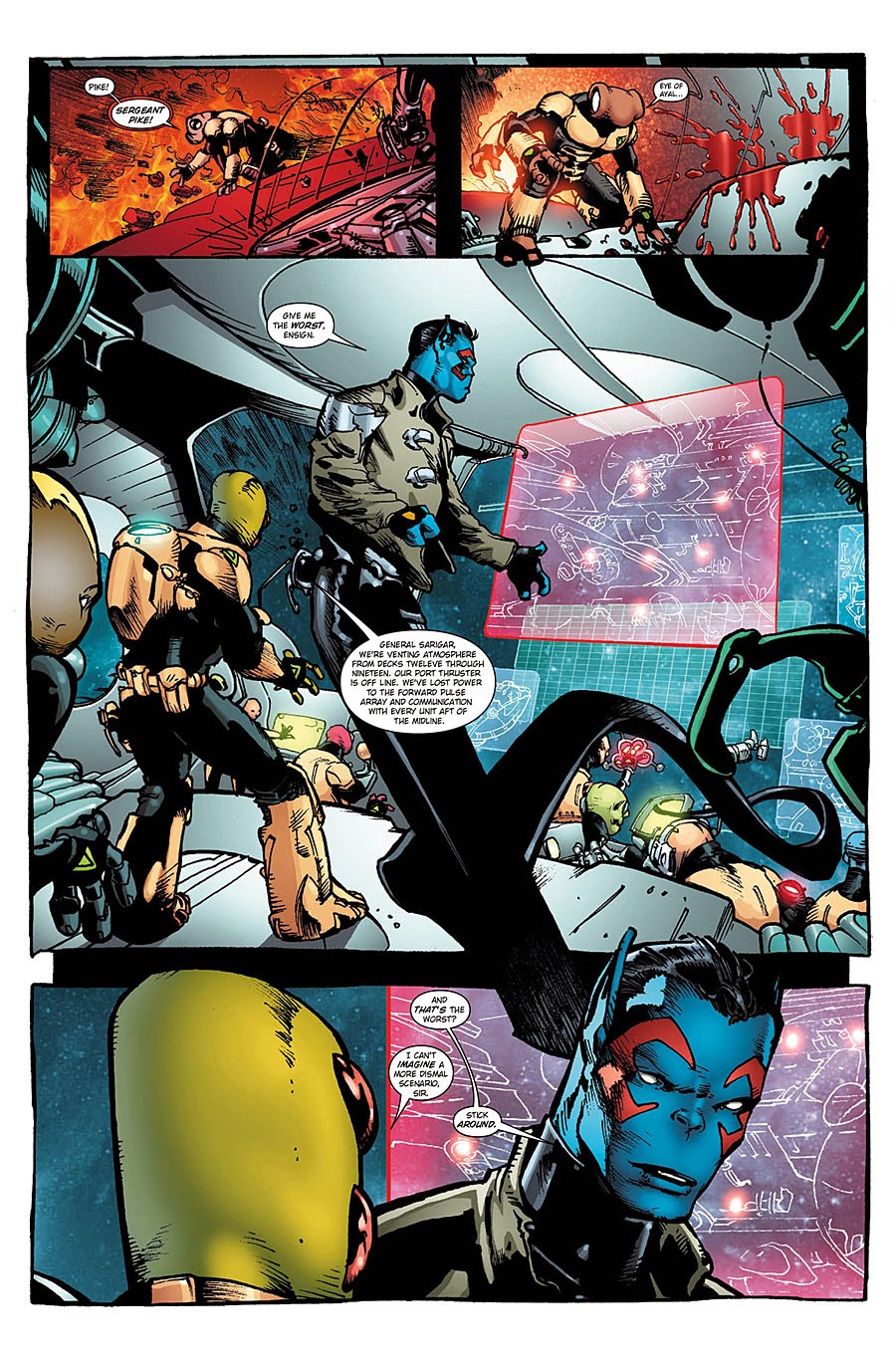 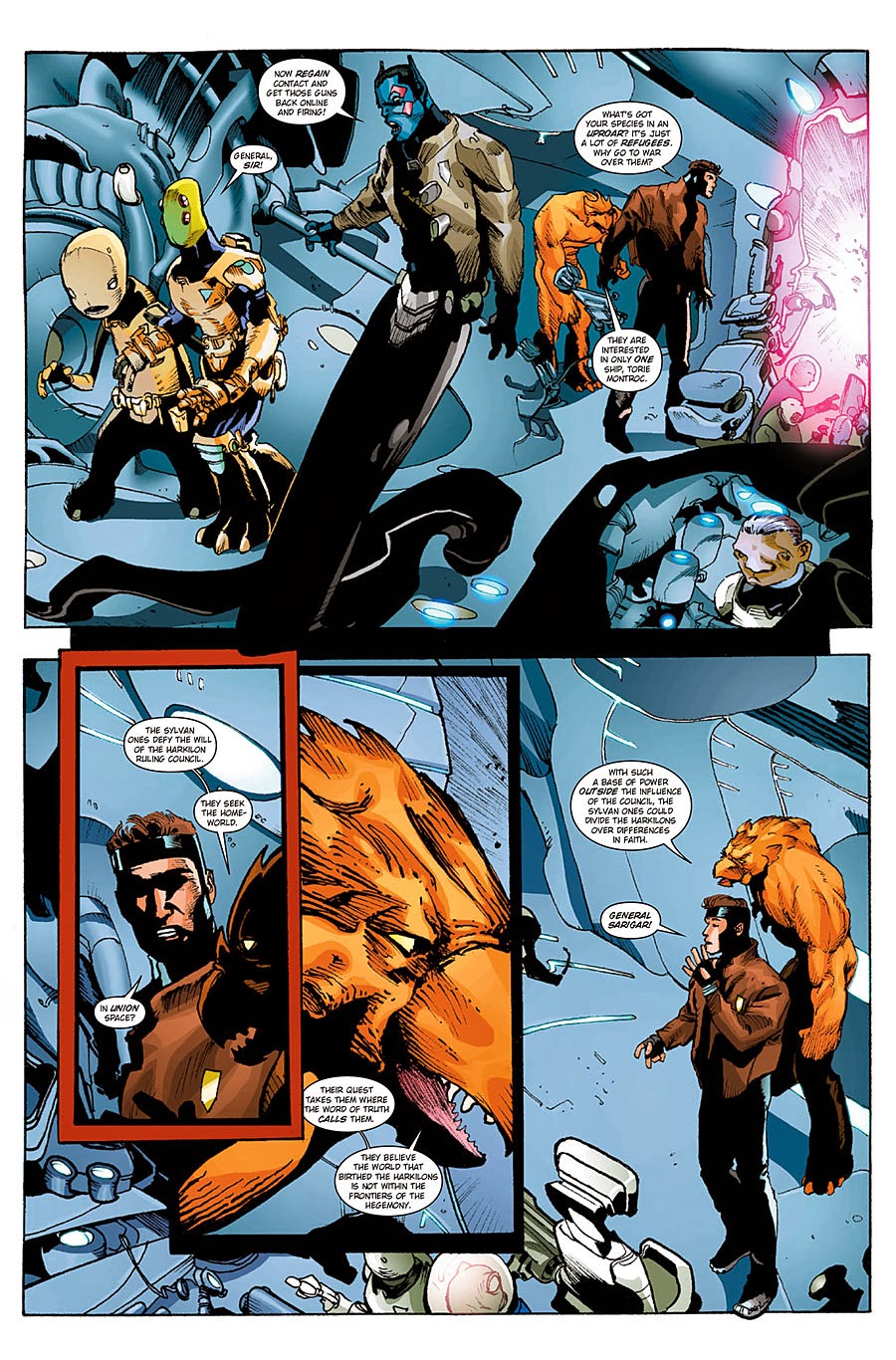 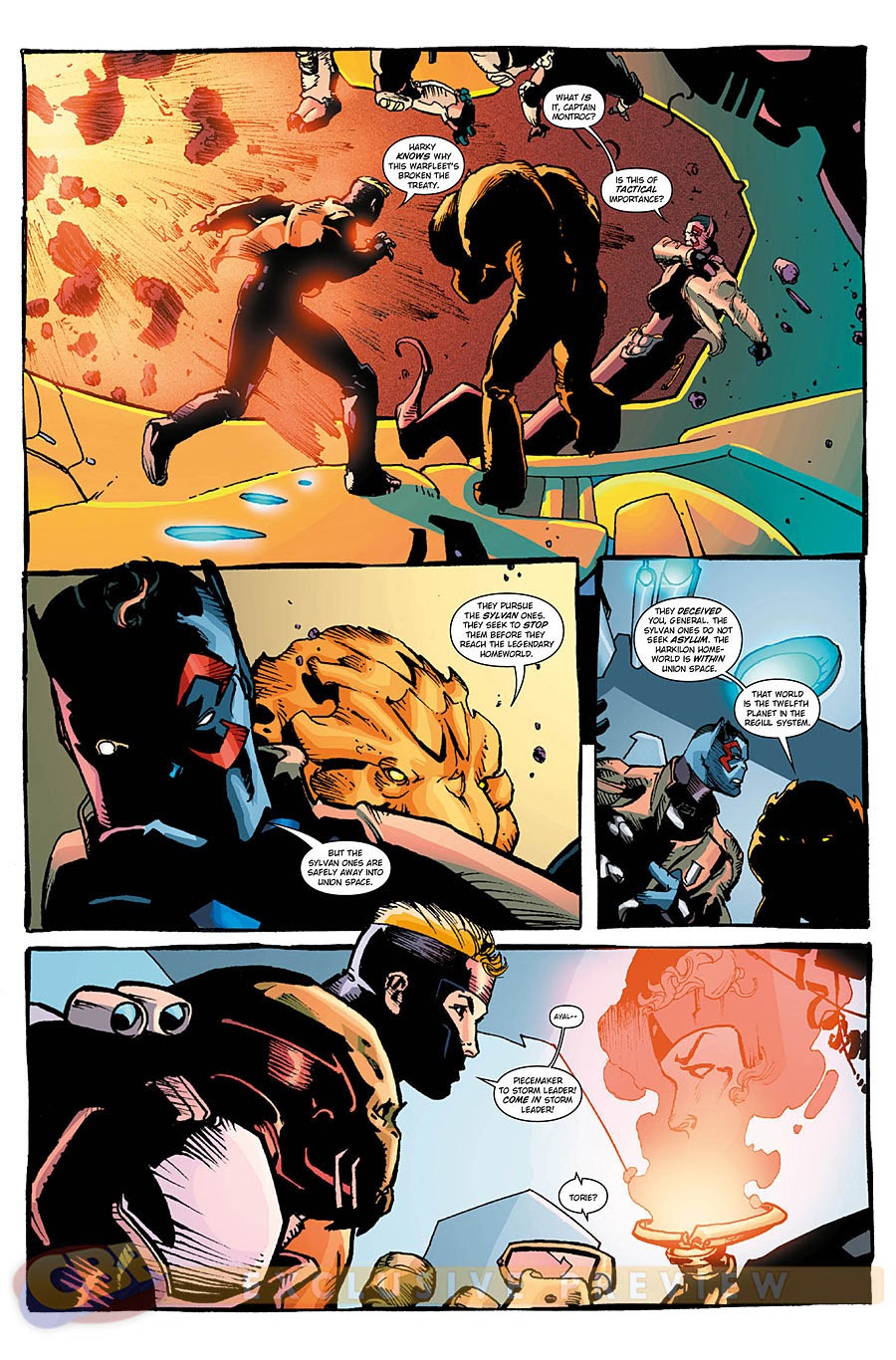 What? If DC Comics can bring turn the Justice League into StormWatch, I can get excited about Larry Stroman! Let's party like it's 1993 up in this piece! (((airhorn)))
I'm sorry, what was I saying? I don't know...
Anyways, ALIEN LEGION: UNCIVIL WAR #3 comes out Wednesday September 24th.

Samax Amen draws people, places and things for fun and profit. He is the artist of many great comics you never heard of like Herman Heed, Champion of Children, The Brother and The World As You Know It. He even writes and draws his own comics, like Dare: The Adventures of Darius Davidson, Spontaneous, and Manchild when he gets around to it. Because making comics is hard and stuff, he started GhettoManga as a blog in 2006 and as a print magazine in 2008.
GhettoManga.com
comics. hiphop. news. art. culture
edited by Samax @ 10:31 PM

No thanks. I won't give money to any project by Larry Stroman. I saw him at a convention and a fan was pissed at him because he takes money from people for sketches and commissions, but just keeps the money and never delivers. I wasn't sure if I believed the guy but I looked online and there's a ton of people talking about how he basically steals from his fans and then treats them like shit when they complain. People waiting years all the while he is online taking on new commission work. Maybe this is why he doesn't get that much work these days. The guy is gonna burn in Hell.

I actually know someone who had a negative run-in with Stroman. A dude I went to college with.

Very disturbing to say the least.