The Answer Talks Cartooning, His College Coach, Being a Trend-Setter 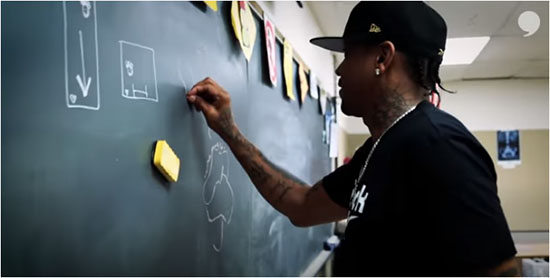 Everybody knows Iverson is my favorite ball player, so it makes me happy to see him draw a caricature and hear him talk about being a cartoonist.  I mean, this interview is just about him in general, but I love the guy...


I love it.
He alludes to his being the target of ire for how he dressed and wore his hair, popularizing tattoos among ball players (and fans).  He touches on the hypocrisy of marketing players as being a certain way, then asking them not to be that way. 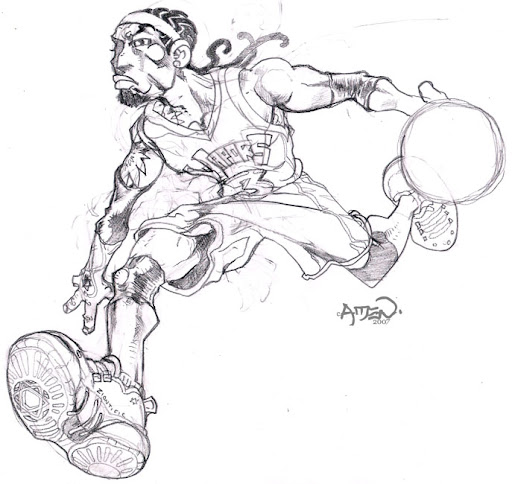 I remember back in the day I toyed with an idea for a basketball comic called Ballerz, starring a character modeled after Iverson named Baby Allah.  The comic would've been about sports of course, but also the love/hate relationship America was having with hip hop culture.
Anyways, I hope you enjoyed that interview as much as I did! 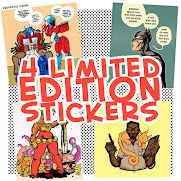