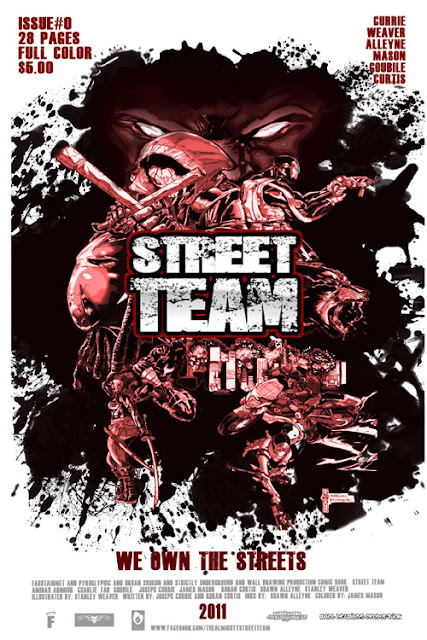 If you wanna support indie comics and video games, you need look no further than the new projects from the almighty Street Team.  The Street Team includes characters from GhettoManga favorites Charlie Goubile (Blackbird), Mase (Urban Shogun) and more in a crossover comic and throwback video game Reign of the Iron Dragon. Peep some preview pages from the comic, plus a youtube preview of the videogame below... 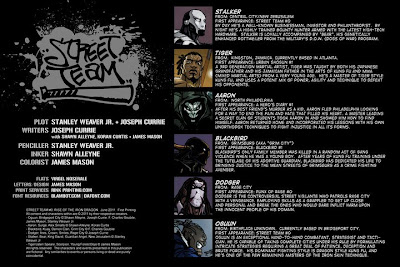 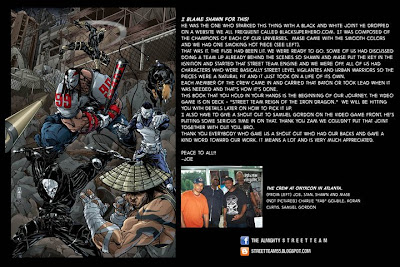 Here's the Sales Pitch for the comic:
GRANDMASTER OGUNN and his clan of conquerors known as the SILVER LORDS have taken Bridgeport City by storm with a large-scale surprise attack. With this key centralized city falling in to his hands, it's only a matter of time before the other surrounding cities fall as well. So new Alliances are being formed with the criminal elite of these neighboring cities. Now OGUNN master plan of complete and TOTAL DOMINATION is within his grasps. Meanwhile another unlikely alliance is being formed. Five street level heroes, from the five neighboring cities have united to face this threat head on. Aaron, Blackbird, Dodger, Tiger and Stalker have formed the STREET TEAM to combat this threat. But will they be enough to stop GRANDMASTER OGUNN?

After a LARGE-SCALE surprise attack has rendered the city of Bridgeport defenseless. GRANDMASTER OGUNN and his newly acquired alliances have moved in for TOTAL DOMINATION of Bridgeport and the other surrounding cities. Standing in their way are 5 street level heroes, from 5 independent comics who have joined forces to put a Stop to Their master plan. Join Aaron, Blackbird, Dodger, Tiger and Stalker as they have united to face an adversary so cunning and so dangerous, that only by working together do they stand a chance of stopping the "REIGN OF THE IRON DRAGON". 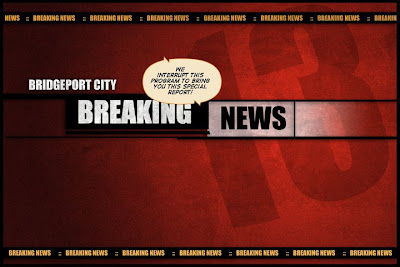 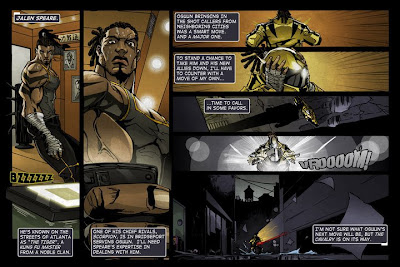 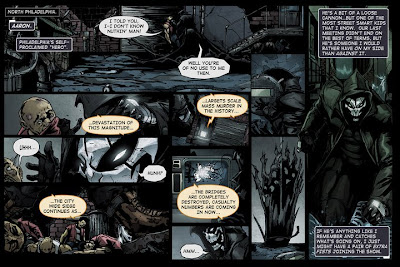 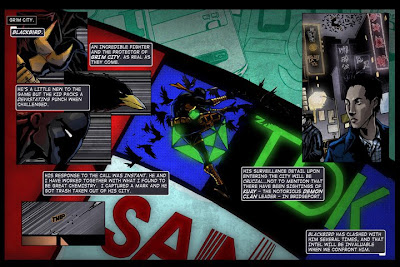 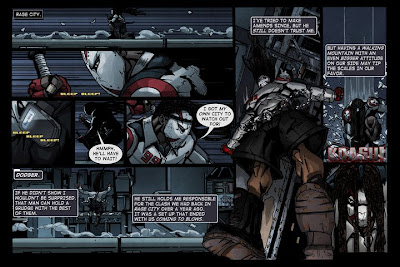 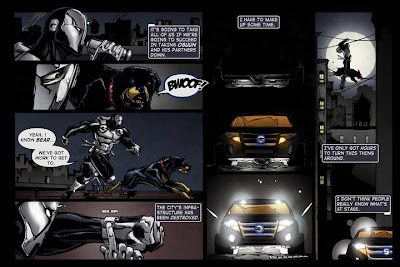 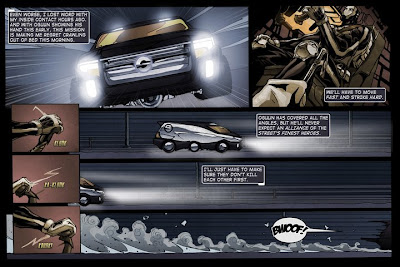 The almighty Street Team has its roots in the Hero Talk forums at BlackSuperHero.com, where separate creative teams, all making and promoting their own comics, decided it would be cool if their characters combined forces.You can buy the comic right now on Indyplanet, but there's actually a much BETTER and more helpful way you can be down with the Street Team:

The crew is obviously working on the game right now, but with a little help from fans out there, they will be able to do this bigger and better... To that end, they are raising funds and dropping some SWEET incentives to get Reign of  the Iron Dragon out there! 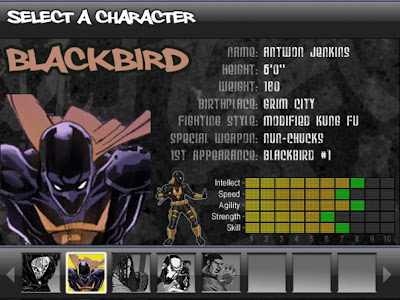 "While the game overall is coming together nicely, the size of the playable cast had to be scaled back in order to meet a June 2011 deadline for The Heroes Convention. With your help, we can add extra artists to the roster to facilitate smoothing out game design, spreading out the workload, creating more sprites, and speeding up the completion time. This in turn will allow us to present the game to distributors for release on larger platforms."
They're offering all kinds of rewards, from signed comics and posters all the way up to appearing in the video game itself, so I encourage all my readers to click here to contribute to their campaign and click here to buy the book on Indyplanet.
holla!
-samax

Thank for posting this fam..the support is much appreciated.

no problem, Shawn! It's what I'm here for!

Most characters are based on some kind of archetype with something added. Even Jack Kirby swiped from pre-existing archetypes. What matters most is if the story engages you or not. Which for you, maybe it doesn't.

everyone swipes i as an artist know that we are all inspired by someone else but, you must take concepts and make them your own and, in a sense to try and put your own spin on things. batman was based off zorro, the hulk was based on dr jekyll and mr hyde, iron man based on king arthuer green arow and hawkeye based on robin hood so on and so on but you cant readily identify batman as zorro or hulk as dr jekyll cause it has been given the creators own take but these
characters do not go far enough from their root material even their costumes are still nearly intact that