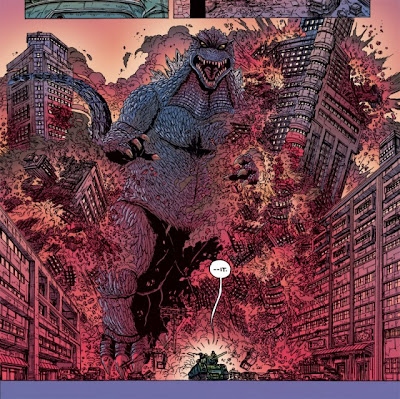 For all the James Stokoe fans out there, I just got a few pages from his upcoming IDW Godzilla comic, The Half Century War, as well as some pages from his creator-owned book, Orc Stain, which has slowed down lately. At least now I know why... 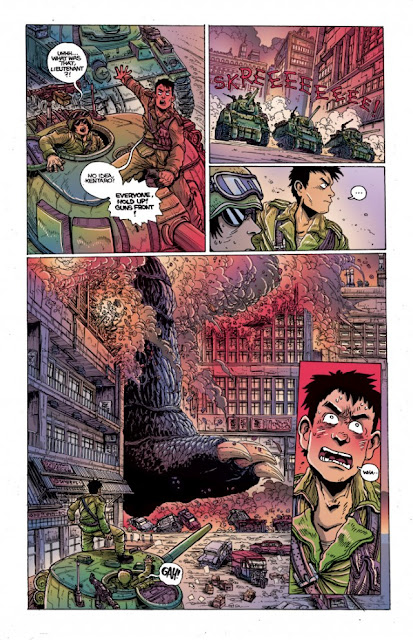 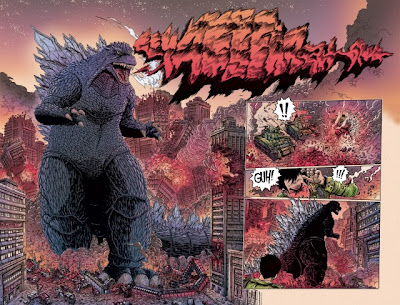 "Godzilla is something that has been near and dear to me since I was about 5 years old," Stokoe confessed on his blog "so this a dream come true for me." The 5-issue miniseries drops in August, and I expect it to be 5 issues of pure destruction in the Mighty Marvel Stokoe Manner! "Godzilla: The Half Century War is about a group of soldiers who have to test experimental weapons on Godzilla." he explains "Each issue takes place a decade after the last, all over the world, so I get to play with Godzilla through the ages. I promise Mothra hippies, drill tanks, and a proper monster showdown in Antarctica."
I knew this was the perfect project for Stokes after seeing this Godzilla World War G short he drew back in the day, just for kicks. Anyone who has ever tried to draw comics (even way less detailed than this) can cosign on my theory that this dude is some kind of evil genius. Thankfully rather than destroying us all, he limits himself to creating worlds on paper, and destroying THEM instead. 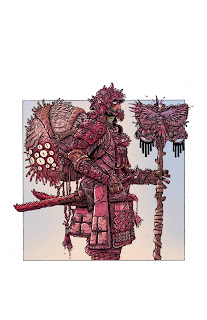 Anyways, in case this Godzilla story and the limited edition baseball horror hardcover Sullivan's Sluggers that's he's currently Kickstarting with Mark Andrew Smith had you afraid that Stokes was totally abandoning his creator-owned monster epic Orc Stain, here's some pages to tide you over. 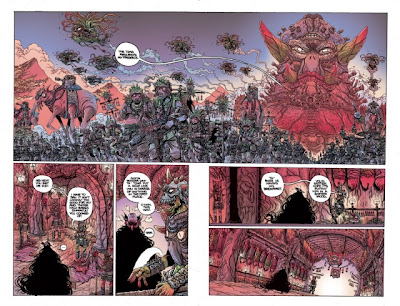 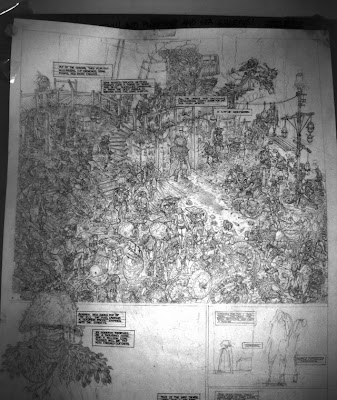 Yeah, you're welcome. Anyways, I have my OWN drawing to do, so I best get to it before looking at these pages makes me fall on my sword or something! For more posts about Stokoe just click here.
holla!
-samax.
ghettoManga.com
comics. hiphop. news. art. culture
edited by Samax @ 1:58 PM

Stokoe is gonzo! Where's he get the energy?