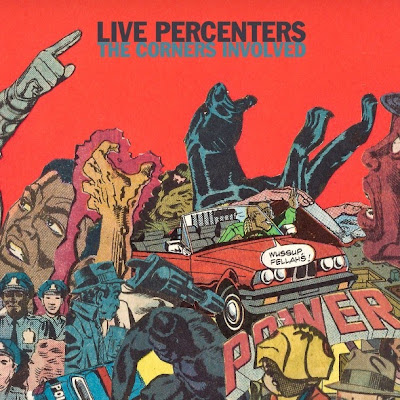 While I wasn't looking, my peoples from LIVE PERCENTERS signed a deal with Kevin Nottingham's HiPNOTT Records to drop their new album The Corners Involved, which drops next month!

I hope Nottingham knows how classy these cats are! In an era when your favorite pop tart turns in half-baked raps bragging about how big of an asshole he is, everyone I have personally dealt with from LIVE PERCENTERS has been a professional that shows respect for his or her craft, the fans, and for self.
That goes for the featured artists as well, with features by Boog Brown, Arablak, 7evenThirty, Carlitta Durand and more. The internet has shrunk the world a lot, so personality matters more than ever. Everyone I have met that is associated with this record was mad cool. Here's the single Classicool featuring Boog Brown to whet the whistle or whatever...

The cover collages by Steve Deneen and Dukes Go Up are pretty dope.  The record drops September 24th, but you can preorder it on iTunes or UGHH (for a physical CD) 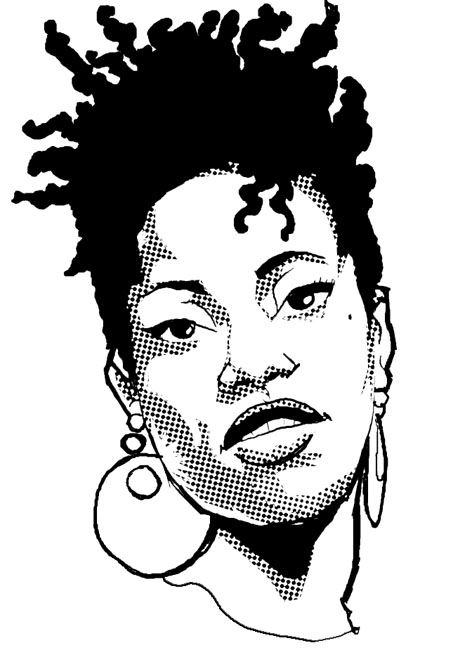 Oh yeah...  I forgot to mention that I hooked up the cartoon portraits in the promo video for the album interior (yeah, you can click here to order a drawing of yourself).
have a nice day...
-samax.
ghettoManga.com
comics. hiphop. news. art. culture 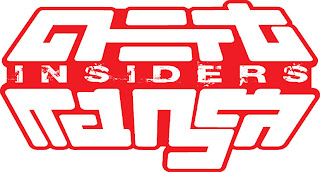 Props fam. I love your designs. I'mma have to definitely hit you up for some work!