A few words about the late, great Sean Price aka Ruck aka Mic Tyson aka Kimbo Price aka Mega Sean aka... #RIP 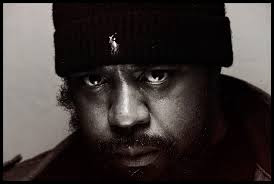 I awoke late on Saturday to the terrible news that the mighty Sean Price of Heltah Skeltah, Boot Camp Clik and Random Axe died in his sleep that morning in Brooklyn...

Sean Price muscled his way through the trenches of blue collar hip hop with the winning combination of a gruff voice, hard rhymes, and infectious dry humor.  As a person who has functioned as a bridge between nerds and thug dudes my whole life, I found Sean Price to be instantly familiar. 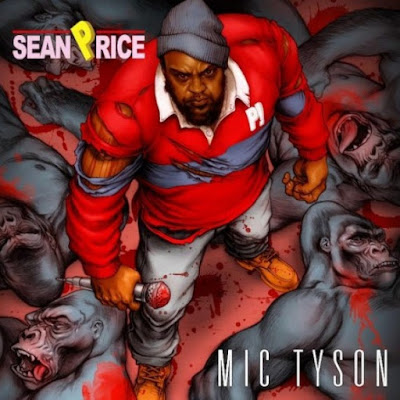 I came to know Sean as Ruck, half of the venerated rap duo Heltah Skeltah. Along with Black Moon and Smif & Wessun (Cocoa Brovas after the gun company decided they didn't want a couple of rapping mascots), Heltah Skeltah was part of the Brooklyn-based street hop crew Boot Camp Clik.

Sean was a well-known comics fan who dropped frequent superhero comics references into his rhymes (even the freestyles).  Even more, he portrayed himself as a neighborhood bully turned henchman turned supervillain, slapping lesser rhymers to sleep, whether with words or hands.


Me being who I am, and the fact that I'm only a couple degrees separated from P, I honestly expected that I would get to work with him on a project someday. Sadly, that someday has been canceled. Besides that, I hate not being able to watch P be a cranky old dude as I get older. Thankfully, he left behind lots of cranky interview clips along with rivers of great music. Besides his own records and mixtapes, he did lots of features, so there's tons of it available. Click here to see more of my favorite Mega Sean joints.

Our hearts go out to all Sean's fans, friends and family.
He was only 43.

Samax Amen draws people, places and things for fun and profit. He is the artist of many great comics you never heard of like Herman Heed, Champion of Children, The Brother and The World As You Know It. He even writes and draws his own comics, like Dare: The Adventures of Darius Davidson, Spontaneous, and Manchild when he gets around to it. Because making comics is hard and stuff, he started GhettoManga as a blog in 2006 and as a print magazine in 2008.
GhettoManga.com
comics. hiphop. news. art. culture
edited by Samax @ 3:27 PM

I still can't believe it...and 43. Man that's so young. I've been on a 'Sean Price' kick ever since the news came across my social media outlets...def a bruh that deserved more 'burn' in the hip hop scene