A few words about A WRITTEN TESTIMONY, the latter day coming of Jay Electronica 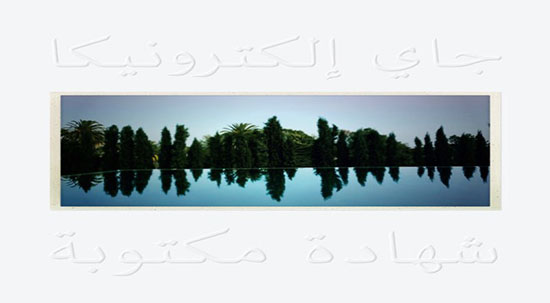 Well, well... What have we here?  Last month, mixtape manchild Jay Electronica announced that he had completed his long-awaited debut album.  I am so familiar with being disappointed that when A Written Testimony dropped this week I was not in a hurry to click the link.

(In particular, it was not enough of a draw to get me onto Jay-Z's streaming service Tidal.)

But I saw Jay Electrolyte dropped it on YouTube, so it's a good time for me to dive in.

If Jay is worried about being picked apart, it's understandable.  But when you take so long to come out with new music, it's gonna happen.  More to the point, Jay's fans are so in love with him that it makes detractors even more ornery.

A Written Testimony feels a lot like a late nineties underground hip hop record.  Which is good and bad, depending on how you look at it. It is defiant in its spirituality, and pre-woke conscious hip hop culture sensibilities.

I mean, it opens with a Farrakhan sample.

The first track that really jumped out and grabbed me was The Blinding.  The way this song starts out is bonkers, and has dope verses from Electronica and Jay Z, features prominently on this album.  If the whole record knocked like The Blinding, it would have hit like a bomb.  As it is The Blinding is short, sweet, and fleeting.

Shiny Suit Theory, which I have played at least 100,000 times on YouTube, is on there too.  When I saw it on the tracklist, I thought maybe it would be an extended version or something. But it's the same one that's been on YouTube for a while.

I think it's fair to say that I am a fan of Jay Electronica.  Like, I love the guy who's been making the music (or not making it), as well as the music itself.  I don't really know him, but through his music I know the persona he presents to us... and I like that guy a lot.

He is a deep, introspective lyricist who feels comfortable chanting down Babylon, chatting up conscious ladies, and bending the universe to his will over dope beats. I like to borrow that guy's boldness.  His confidence.  His spiritual warrior mindset.

A Written Testimony didn't give me as much of that dude as I wanted on the first listen, but it was a nice visit with him and his friends.  This record sounds more like a mixtape or even a demo for a group fronted by Jay Electronica and Jay Z... Like Jay + Jay Music Factory, Jay the Hard Way, Jay Square Cipher Allah, or whatever.

My hope is that this is a taste.  It definitely does not satisfy the desire for a classic record we all believe Electronica has in him.  It actually carves out a hole that makes me want more.  It's either genius marketing (if there's more to come) or a letdown (if we have to wait years to hear more, or worse if this is it).

I liked A Written Testimony for what it is: a triumphant return to the public sphere by an artist who strikes me as more introverted than the average rapper.  It feels like the elder Jay was serving as a comfort manimal to help Jay the Younger come out of his self-imposed exile.

It's hard to sound like your most confident self next to Jay Z, though.

A Written Testimony shows that Electronica's still got it, but once the dust settles, I think he needs to get to work on his next record.  This is not the five mic classic he wants to rest his hat on, but I still think he has one in him.

Man, I was like "whatever" when i heard it dropped. But I will listen now!

I felt the same way.

I read a lot of negative reviews, and figured it was worth it to check it out.

I have played it some more, and so far I still feel like THE BLINDING is by far the best track. SHINY SUIT THEORY came out a long time ago, so I don't really count it.

Electronica produced most of the beats on this record, I think. I still wanna hear him on a full album with Swizz on the tracks.