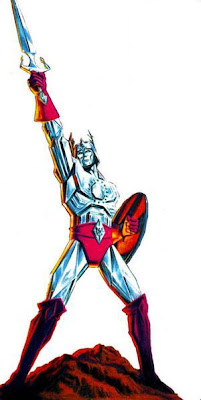 I admit it: When I heard that scientists had discovered a planet made of diamond, the first thing that came to my mind was Crystar: Crystal Warrior... Just in case you are not a total dork like me, Crystar: Crystal Warrior was a sci-fi fantasy adventure mini-series created by Marvel Comics in the early eighties for the express purpose of pimping to toy companies, the easier to fleece pre-teen boys of their allowance... Oh, I guess you wanna hear more about the diamond planet, huh?
Sure... today is a great day for science... 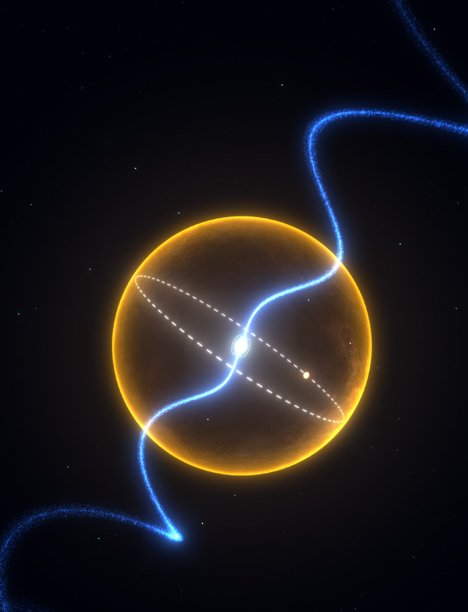 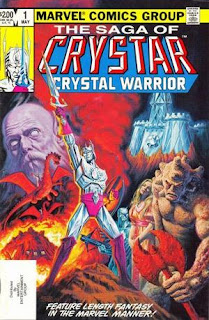 The diamond planet (they didn't name it or anything, so I'll call it Crystallium, like the planet Crystar and his boys are from) revolves around a millisecond pulsar, a rapidly rotating neutron star formed from a supernova. Usually millisecond pulsars move in a binary spiral with another star (often a white dwarf) from which they leech energy to fuel their super fast rotations. Well, in this case, Crystallium was that star, probably a dying red giant. Eventually, Crystallium's binary partner drained off all its mass and energy, spinning faster and faster to reach its current rotational speed of over 10,000 rpm... Crystallium is the remnant of a once massive star drained of it's fusion-spawned power until what was left is a giant diamond five times the size of the Earth. The pulsar it orbits is much smaller: about twelve miles in diameter, but with 40% more mass than our Sun. It takes Crystallium about 2 hours to make one full orbit around the pulsar... the whole orbit is pretty small. It could all fit inside the Sun. 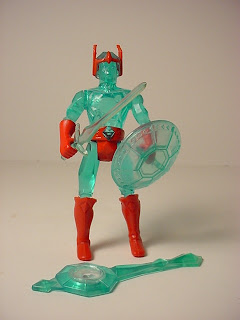 OKAY, so speaking of Crystar, My childhood friend Marty had all eight figures (I don't think he copped the playsets though), because that's how he got down... while I bought the comics, I only had money for one of the action figures... so I sprung for ole Crystar himself. I was that kid who mixed and matched his toys... when you take his helmet off, Crystar looked a lot like Iceman, so he got to play the role...  Anyways, Marvel established that the Crystar world was parallel to the mainstream Marvel U... I remember this issue where Nightcrawler from the X-men showed up... 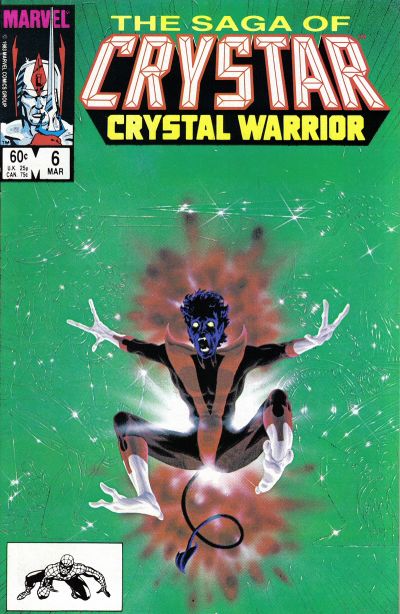 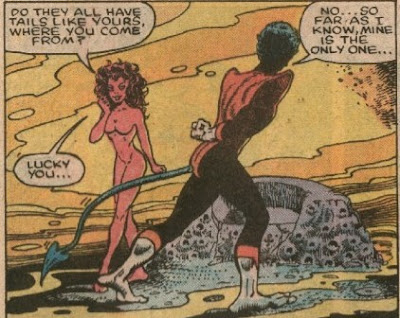 So that's the trip my mind goes on when I hear that there's a giant planet made of diamond out there. I'm sure you thought of cool things like diamond encrusted teeth or something, but I thought of action figures and Nightcrawler cameos. That's me in a nutshell. YO! did you see that Nightcrawler fanart I drew a while back? NO? click here!

I totally forgot about that guy. He was one of my favorite toys back in the day. He was like see thru, that blew my mind when I was a kid.

I know, right?!? I made up scenarios where Crystar was banished to Earth and became a superhero with crazy super-strength and mad fighting skills!

Crystar! He was a favorite toy of mine too. Then I brought him with me to the Philippines, and I broke his arm off. :(

I was poor, so broken toys became "injured" characters. I would keep the broke arm and pretend it was better:
"It's more maneuverable this way"
lol!

I got only got Crystar too, but I never got the comics. I used to mix my toys too, but I would have toys from one franchise invade the universe of another, so Crystar would invade Tron's world, another toy I only got one of, and they'd fight.