PREVIEW- "XOC: The Journey of a Great White" 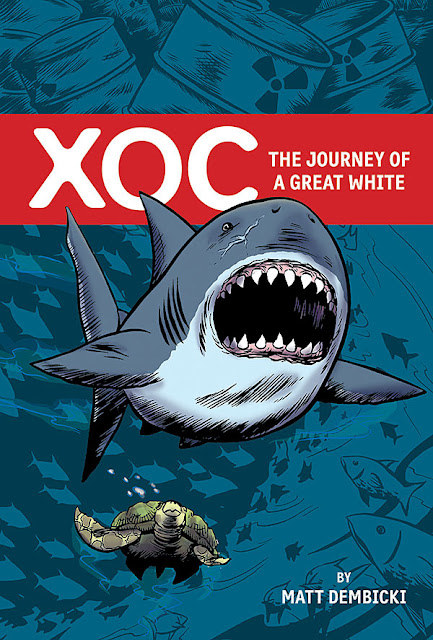 Everybody loves sharks. Especially the so-called Great White Shark. Like ferocious living attack submarines, this high-powered carnivore is a hold-over from the time when giant beasts ruled the Earth. For some reason, we humans can't get enough of these aquatic troublemakers. Get a load of XOC: The Journey of a Great White by Matt Dembicki...
Here's the Sales Pitch:XOC explores the ocean’s wonders through the eyes of a great white as it treks from the Farallon Islands off the coast of California to the warm waters of Hawaii some 2,300 miles away. Along its journey, the 17-foot shark encounters natural prey and predators—from skittish seals to brazen orcas—as well as man-made impediments that threaten not only the giant fish, but the balance of ocean’s ecology. 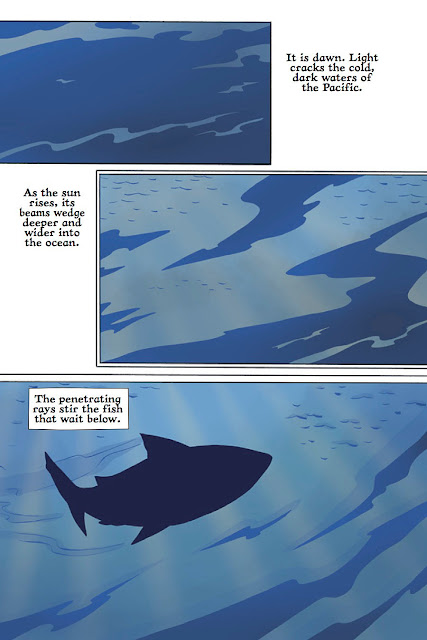 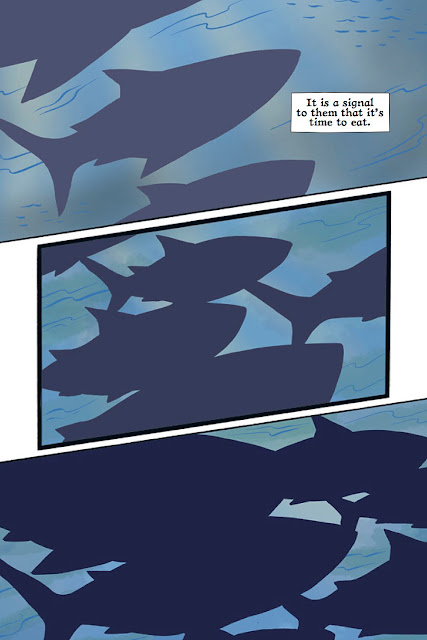 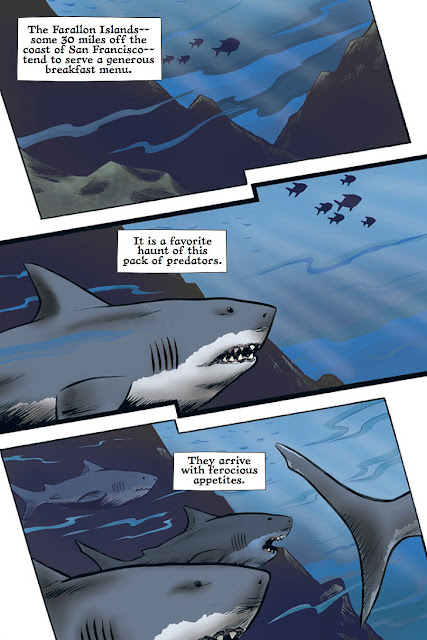 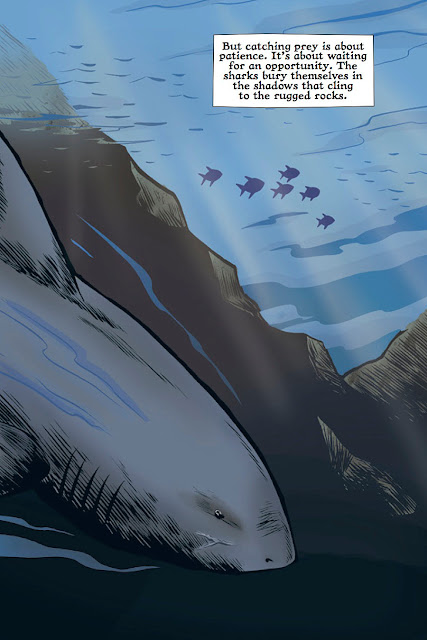 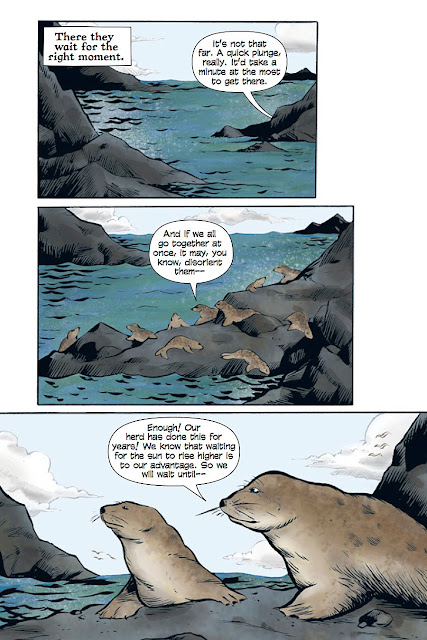 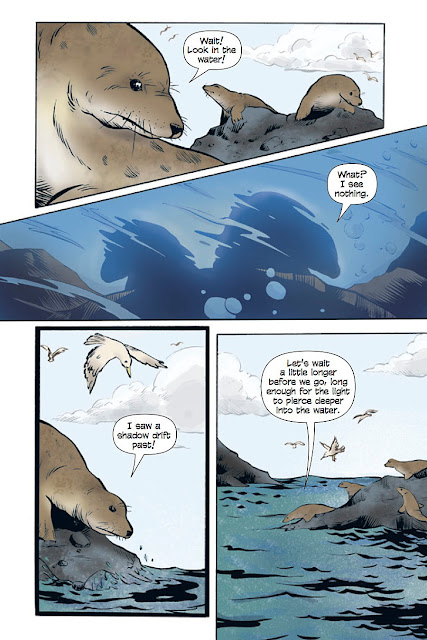 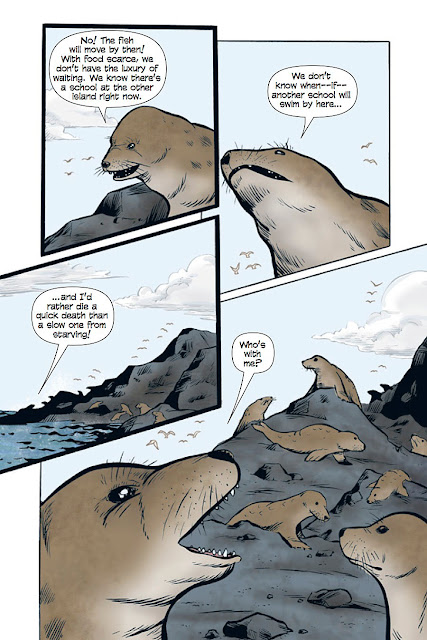 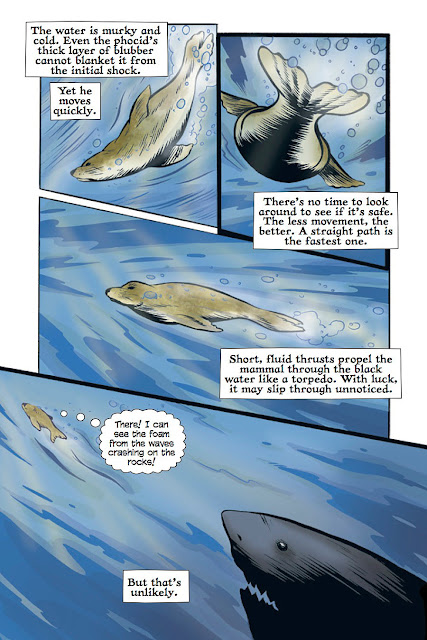 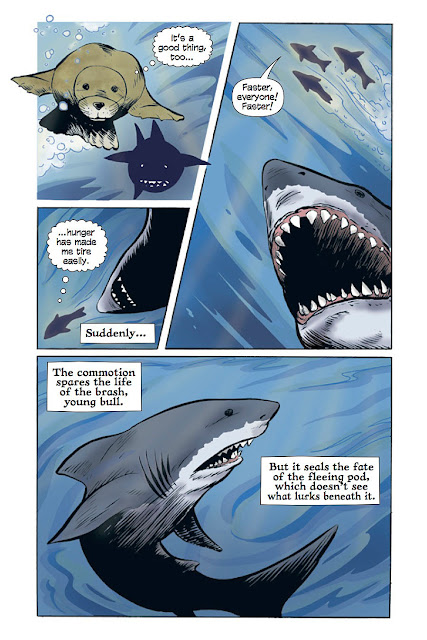 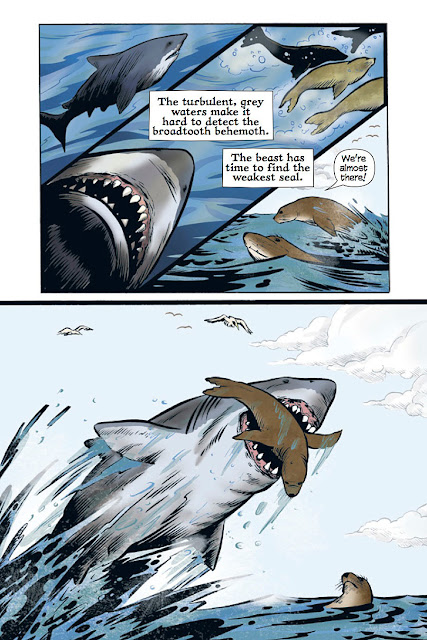 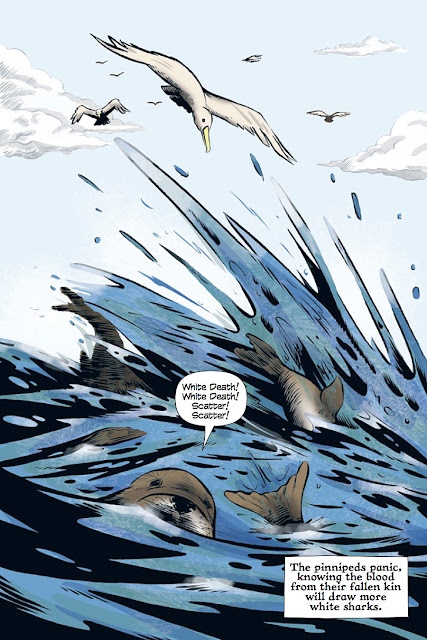 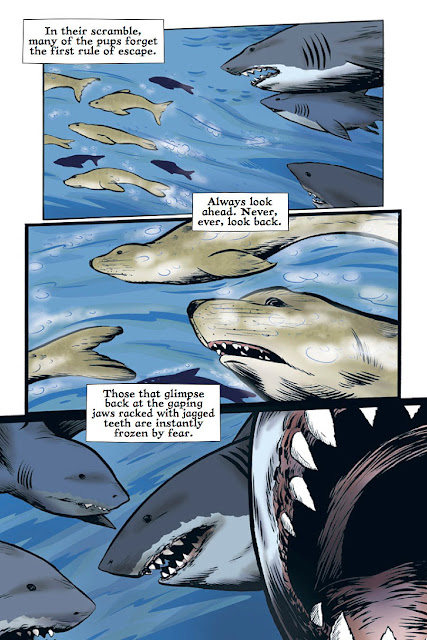 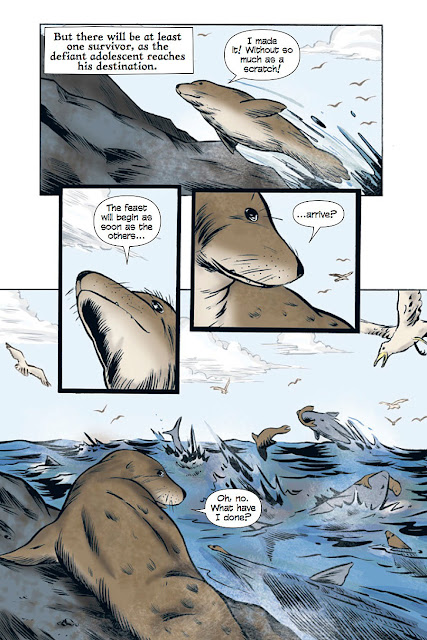 I really like the documentary/dramatization feel of this. Living in varying levels of civil society, it's easy for us humans to forget how savage and unpredictable life is for animals. This sequence shows how things can go from good to bad to worst day ever very quickly in the wild. Great stuff.
Oni Press should put ads for this on Animal Planet. Or better yet, on the Discovery Channel during Shark Week (starts August 12th, for all you Shark-o-files). This is the kind of book that will probably get passed over in comic shops, but for which there is a huge potential audience. Hopefully, Oni will work to position Xoc to reach audiences outside of traditional comics readers. It might be a good teaching tool, so maybe there's a market in the education and/or library sector?
Anyways, XOC: The Journey of a Great White, a 120 page hardcover graphic novel, surfaces in comic shops July 25th. You can also click here to order Xoc: The Journey of a Great White on Amazon