I bought a bunch of comics this week, and they were all great! For example, this week saw the debut of Extreme Studios' non-reboot Glory, with art by the emerging super-talent Ross Campbell (Wet Moon, Shadoweyes, Mountain Girl). As usual, Ross smashed it...

"ONCE AND FUTURE," Part One
EXTREME'S ORIGINAL WARRIOR GODDESS RETURNS!
After missing for almost a decade, Glory's whereabouts are uncovered by a lone reporter, but the globe-spanning conspiracy keeping her hidden from humanity could make her return more dangerous than anyone ever anticipated! This first issue of an brand-new saga written by Eisner & Harvey-award winner JOE KEATINGE and illustrated by Wet Moon and Shadoweyes creator ROSS CAMPBELL sets up Glory's future by expanding on her past in a way promising to shock long-time fans and excite all-new readers! 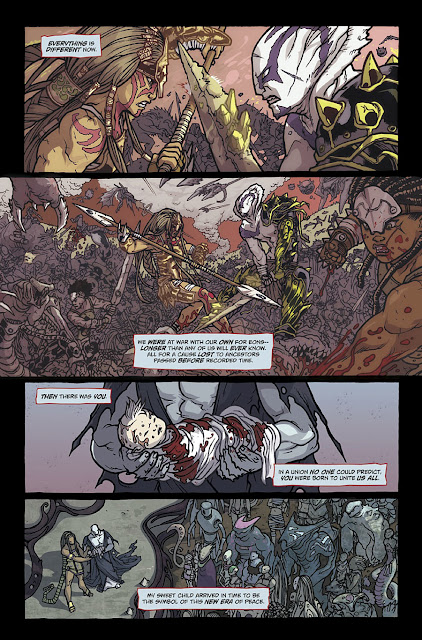 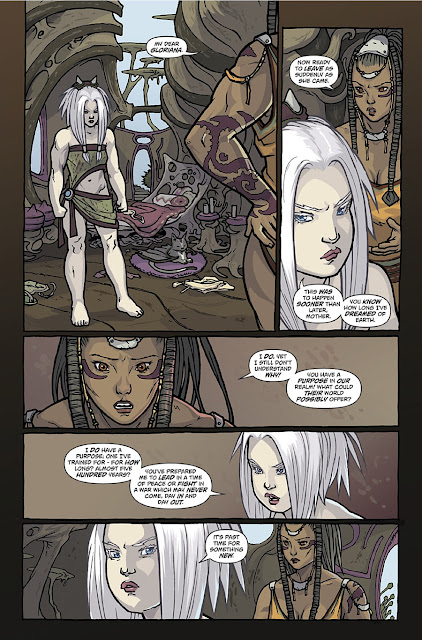 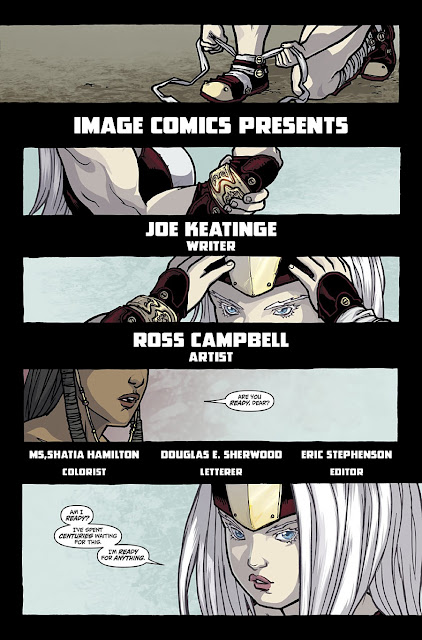 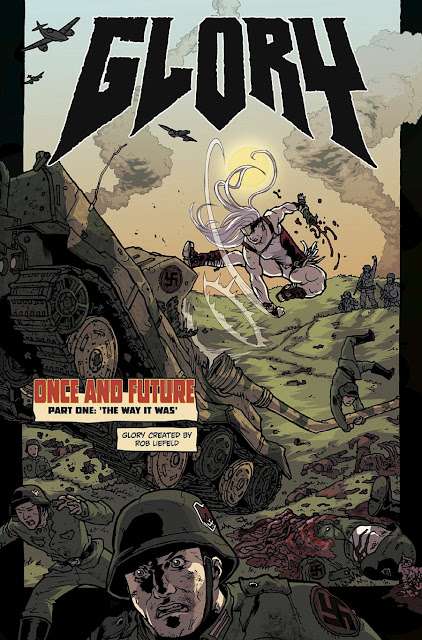 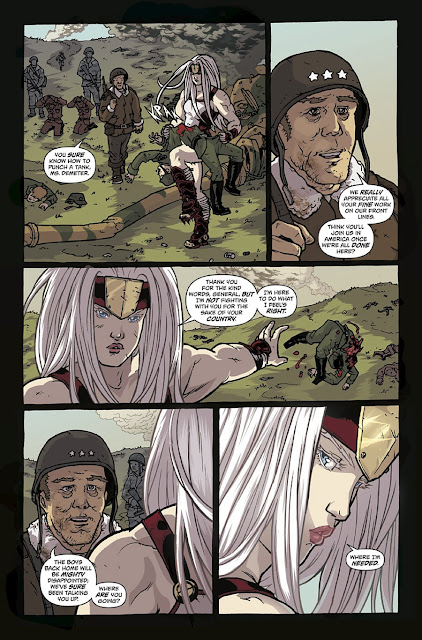 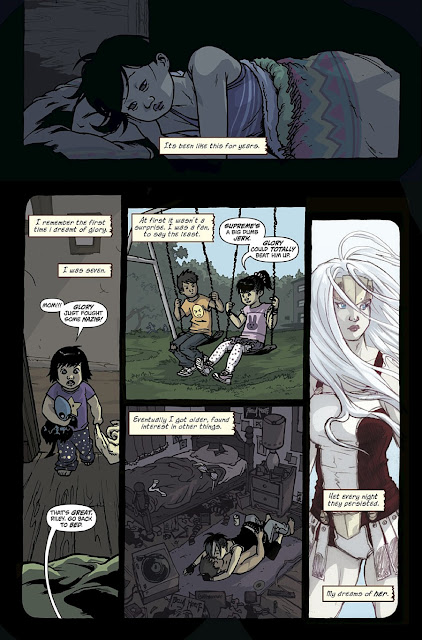 By the time the world-famous rip-off machine Rob Liefeld created Glory back in the day, I had already grown too tired of his particular brand of comics to be paying much attention, but the way the character is being handled by Joe Keatinge and Ross Campbell has seriously captured my imagination. 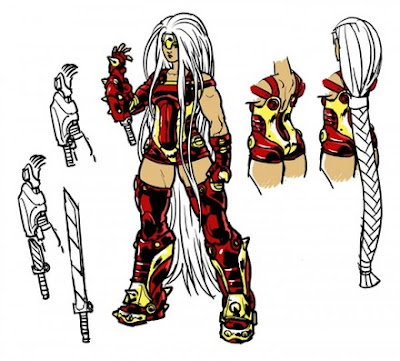 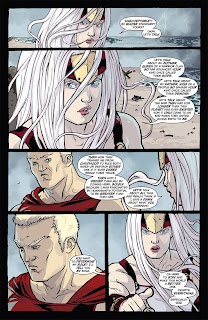 Glory is essentially Extreme's version of Wonder Woman, and Keatinge and Campbell make sure that we know that despite being centuries old, she is modern and relevant in all the ways that Wonder Woman is not. When Supreme (Earth-Ex's answer to the Kryptonian) tries to pull her card, she essentially tells him he can suck it, and dares him to say anything back... he doesn't. I always assumed from afar that Glory was Supreme's sister or his girlfriend or something (I guess it's the hair?), or at least that they would have the same kind of buddy-buddy relationship that Supes and Diana have... so I was pleasantly surprised at this exchange, which called to mind antagonists-yet-allies relationship that Priest established between T'challa and Iron Man in Black Panther.  Like the Panther, Glory serves as an icon, role model and hero for a whole demographic, without really meaning to. It will be interesting to see where they go with that as the series progresses. 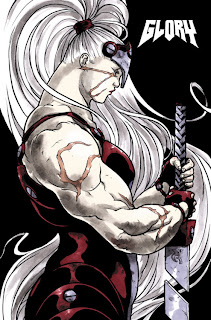 That said, Glory is not not a postergirl superhero or an ambassador for women's rights or something. She is a fucking badass, and more than the vast majority of female superheroes out there, you know as soon as you see her that she is the kind of chick that you will take seriously or suffer the consequences. Ross Campbell can walk the tightrope of respectfully portraying women in comics better than any artist I can think of, and he is going to turn a lotta heads with this book. Keatinge appears to be taking the challenge of writing for Ross well. The first issue served to introduce the character perfectly, ground her in relationships and put her in serious peril by the end. Riley, the character who appears at the end of the preview above, feels real and accessible. I don't know if this team will manage to get any girls to try comics (particularly superhero comics) for the first time, but if they do, Riley will make sure they feel at home amidst the ultra-violence. 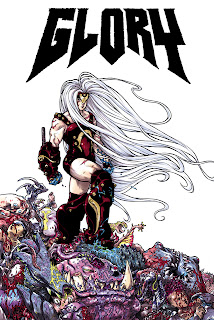 Bottom line: Glory #1 Glory #23 is dope. Keatinge and Campbell balance eye-opening violence and bad-assery with moments of emotional sensitivity and human conflict. This book will manage to appeal to long-time fans of Liefeld and to more demanding fans of the genre as well, which all by itself is a pretty amazing accomplishment. It remains to be seen if women and girls are anymore attracted to this iteration of Glory than they were to the last, but I imagine that those that give it a try will like it too.
stay tuned...
-samax.

thanks as always, man!!! truly appreciated. i'm really glad you dug it. :)

Word. It's gonna be interesting to see how you mesh with the writer. You guys have struck a great balance so far!

Word. Good recommend. I scooped this and was NOT disappointed. It is now on my sub list.

Sweet! Glad I could help!