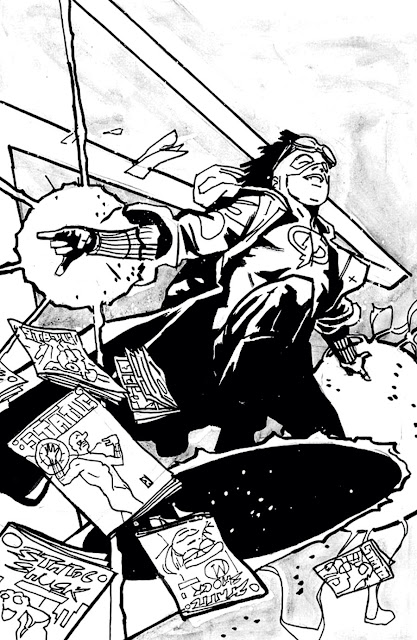 I am reeling right now... I was already having a fairly crappy Saturday when I found out that Robert L. Washington III died after suffering multiple heart attacks. I loved his work on Static and Shadow Cabinet (both for Milestone Comics), but he also wrote for DC, Valiant and Acclaim in the early 90s. When the bottom fell out of the industry in the mid-nineties, Washington found himself unable to get work in comics, and had to settle for call-center and warehouse work. Ugh. That sounds painfully familiar... 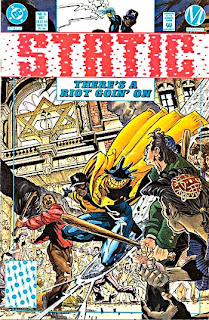 I wanna go out on a limb and say that Static is the best teen superhero since Spider-man. And Washington would be part of the reason for that. Mcduffie, Washington and John Paul Leon built Static the way Stan Lee and Steve Ditko built the Wall Crawler: from the inside out. 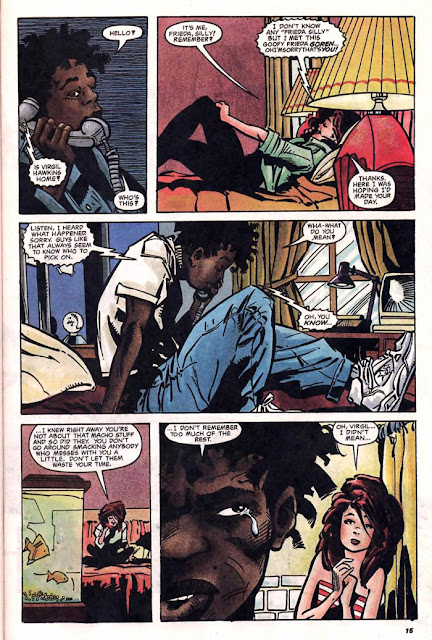 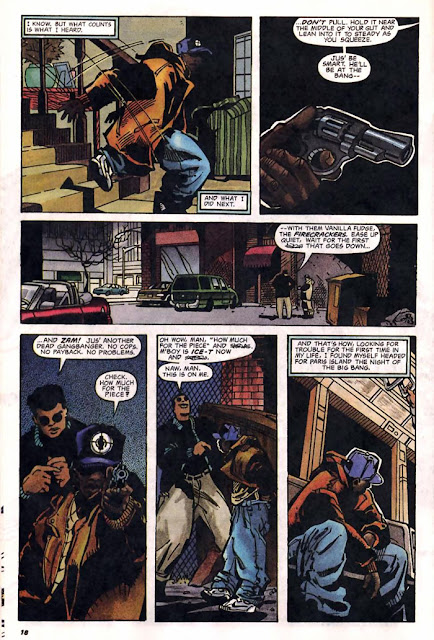 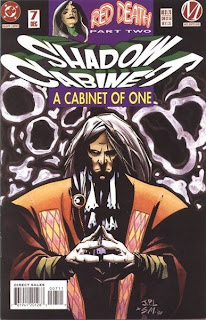 This creative team also created my favorite Milestone book, one of the best and most unique superhero comics I've ever read: Shadow Cabinet. The Shadow Cabinet was an organization of superhuman operatives led by Dharma, whose powers allowed him to sense the past and future of any object he touched. A methodical application of his abilities allowed Dharma to predict threats and dispatch his vast clandestine network of superheroes to neutralize them before they became unstoppable. For the most part, Dharma selected his operatives on a case-by-case basis, with some members going undercover alone, reporting only to him for months or years at a time. The exact number of members in the Cabinet and their whereabouts at any given time were known only to him.  The nature of the team led to the comic being referred to as "the JLA as run by the CIA"... but it was more culturally and racially diverse than the JLA ever hoped to be, having more in common with the X-men. 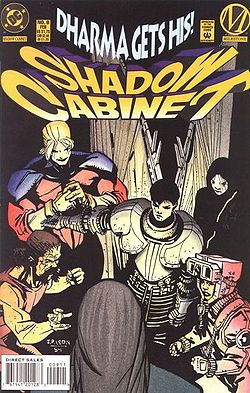 While most of the Milestone flagship characters have spent time running errands for Dharma, the book was at its best when focusing on a core group of characters created specifically for the series. Dharma's right hand woman and field team leader Iron Butterfly remains one of my favorite characters ever. The Palestinian ferrokinetic was flanked by Donner and Blitzen, a lesbian interracial couple who served as the teams' resident strong woman and speedster, the animal shape-shifter Sideshow, Dharma's energy field powered sister(s) Plus, and Iota, a size-changing thief and superhero with a massive arsenal of weapons tucked in her costume's many pink pockets. 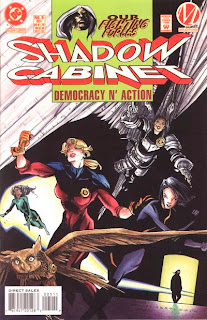 Shadow Cabinet made a big impression on me. With an international cast of mostly female characters, it showed the potential of treating women as equals in a superhero comic instead of eye candy and fantasy boy toys. Like X-men before it, it was primed maybe more than any book Milestone had, to show the real power of diversity to expand the audience of the genre. But then, maybe it was just me... Like most of the comics I really cut for, Shadow Cabinet never sold well, and  was hastily cancelled. For the record, Shadow Cabinet was largely written by Matt Wayne who scripted #4-11 and #13-17 of the series' initial run as was its replacement, the less imaginatively named Heroes. But the impetus and thrust of Shadow Cabinet is largely to series creators Washington and Leon's credit. 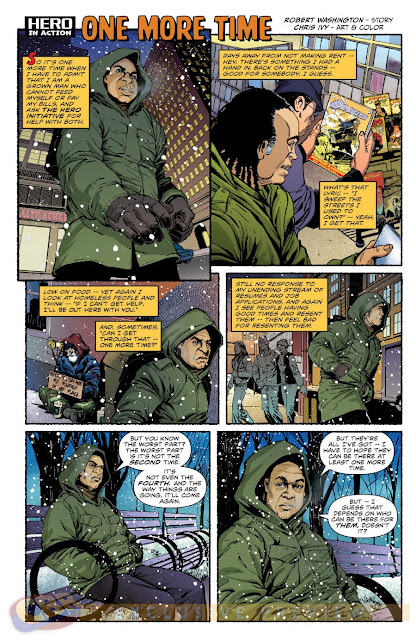 Anyways, Washington had since fallen on hard times. He wrote this piece about receiving assistance from the nonprofit group The Hero Initiative, which they published in their fundraiser anthology annual Hero Comics 2012, which came out on May 30th, exactly one week before he passed away. He was 47.
r.i.p.

Man, I heard this earlier in the week and I'm still messed up about it. Shadow Cabinet was one of my favorite Milestone books as well, and dude's work on Static was great. It's just upsetting.

Yes. It's hard to understand how this kind of thing can come to pass while cartoons and merchandise are being sold based on his creative efforts.

The books he worked on continued to have a ripple effect in the black comix underground, even before DC decided to bring the characters into their mainstream universe. It's a shame they were not willing/able to intervene.

This seems so preventable...

I went to school with Robert Washington in the Detroit area from 5th to 8th grade. Like many of Robert’s school friends, and sadly, his family, I had not been in touch with him for many years. But when I heard about his death and learned more about his financial and family situation, I immediately became concerned that his remains might end up on Hart Island. The island is New York City’s location for indigent burials. The dead here are buried in pine coffins, stacked in unmarked trenches, by Riker’s Island inmates. There are no services or ceremonies.

A small group of Robert’s former classmates and colleagues have joined forces to ensure this doesn’t happen. We’ve been in touch with the city medical examiner’s office and after some serious sleuthing made contact with one of his relatives. And we’ve started raising funds to pay for a modest funeral.

If you knew Robert, were a fan of his work or just are interested in lending a hand, here’s how you can help.The Hero Initiative — a not-for-profit, 503(c) charitable organization that helps comic book creators in need — has agreed to act as our vehicle for contributing to Robert’s funeral arrangements.

The money we contribute goes to the Hero Initiative, but can be directed toward specific purposes, in this case Robert’s funeral. Any money over and above the cost of the funeral will be applied in Robert’s name toward helping other comic book creators make ends meet.

To donate, go to the Hero Initiative home page (www.heroinitiative.org) and click the yellow “Donate” button at the top right. This will take you to PayPal, where you can login and make your contribution.

IMPORTANT: Make sure you click the button that says “add special instructions to seller” and type “Robert Washington” before you submit your donation.

Whether you contribute or not, thanks for taking time to read about our effort to honor Robert.

Thanks for posting, Craig. I'll spread it around!

Hi, all, thanks to the efforts of many generous fans and friends -- and loads of support from the Hero Initiative -- Robert Washington's remains will now get a proper burial. If you would like to attend his memorial service, it is planned for 7pm Monday, June 25th at the Ross-Roden Funeral Home, 725 E. Gun Hill Road, Bronx, New York 10467.

Thanks for the update Craig! That's GREAT news! I'll post it up!