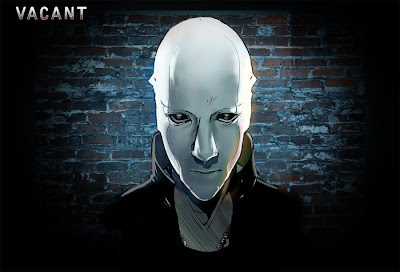 Heather Nunnelly contacted me today to promote her sci-fi mystery webcomic Vacant, which follows Commander Hayze, an agent of "The Eye" a powerful alien government/ corporate agency. Sent on a seemingly simple rescue mission, Hayze stumbles upon a possible explanation for the near extermination of the human race that had taken place over 100 years prior... 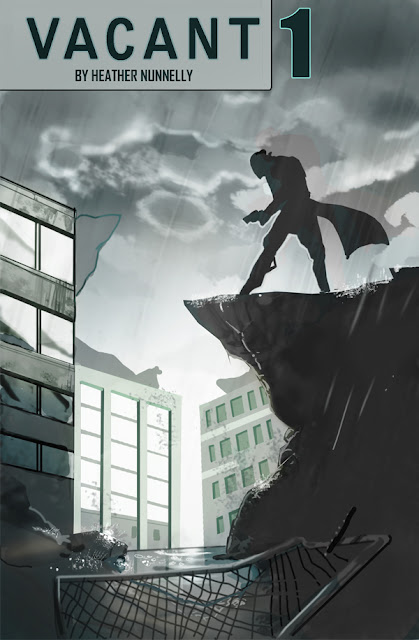 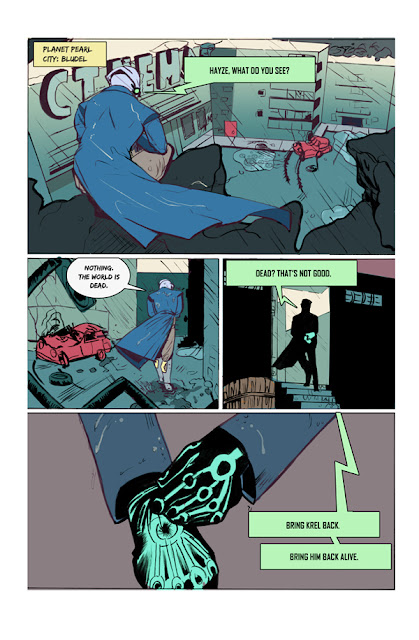 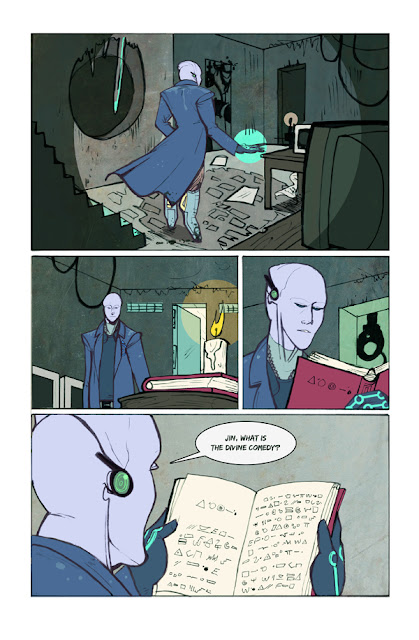 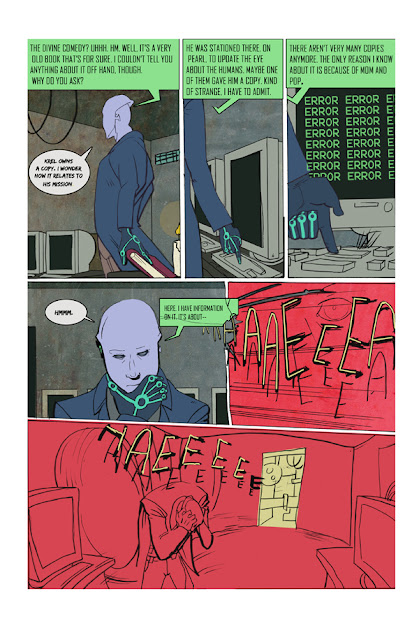 The first two chapters of Vacant are online now, and the comic updates on the first day of each month. Her main character Hayze falls into what we like to call the Bastard Archetype. He is skilled, hardworking and respected, but otherwise pretty unlikeable. Through the coarse of the first couple chapters, we see that he has a sensitive side, which magnifies his choice not to use it 98% of the time. 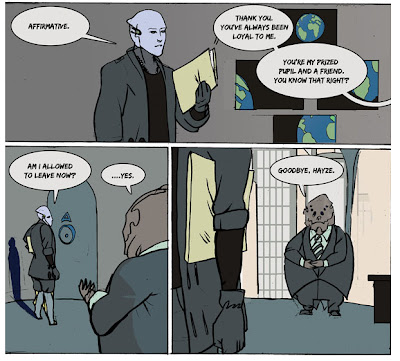 Nunnelly's illustrating style is not all that impressive, but she is doing a good job on the story from both a writing and drawing perspective. She has brought a pretty novel point of view to Vacant, and her choice of a stoic, although not quite heartless protagonist is fascinating to me. She has sketched out an unusual place for humans in her story which I look forward to seeing more of. 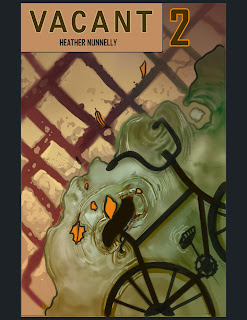 I think she'll benefit a lot from the webcomic format. I would probably not give this book a chance in individual issues, but now that I have read a couple chapters, I would definitely buy it in a paperback or even hardcover collection if and when she decides to do one. In the store looking at comics, trying to decide what to buy, Nunnelly's wobbly lines and quirky art-school color palette would most likely not stand up to competing with the high-octane, professionally designed, and expertly illustrated superhero adventures competing for my shrinking comics budget. But I can promise you that if she comes out with a Kickstarter campaign with a reasonably-priced paperback collecting a comic that I've been reading for free six or so months straight, I would happily support it!
Let's hope she makes it that far, because I can't wait to see where this series goes! Anyways, you can click here to read Vacant for yourself.

Always love that you're bringing me new stuff to check out. Sounds like in interesting idea for a story.

What have YOU been up to? I was actually re-reading my copy of that Cubicles GN a few days ago. Do you have any new stuff coming out?

Not a big deal. I get a lot of stuff sent to me. Even ignoring the stuff that is horrible, I couldn't possibly review it all. Wish I could get a grant or a business loan to make GM full time!

I started a new comic called Shiver Bureau but I see you found it already. Gotta love the internets. Re-reading Cubicles. Man, I love hearing that! :-)